Warren Ellis grew up pocketing those lead weights used to balance car wheels whenever he found one on his Ballarat paper round. He saved them under his bed, in a fruit box jumbled with stickers and feathers and pocket knives and other detritus invested with a boy’s wonder.

As an adult touring the world with his band The Dirty Three, then The Bad Seeds, he upgraded the box to a series of briefcases: “a portable shrine” of objects imbued with significance by memory or aesthetic appreciation, sure, but mostly by the mysterious, self-fulfilling virtue of simply having been saved. 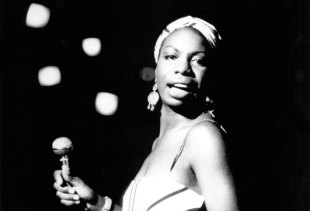 Nina Simone, seen here in the late 1960s, had a wonderfully uncompromising character and monumental legacy.Credit:

Some mortals are funny that way. We imagine things contain eternity. Or at least we’re afraid they might, so we hang onto them in a kind of hopeful reverie of longing.

Now, consider a piece of chewing gum discarded into a hand towel by Nina Simone in the London summer of 1999. For Ellis, destined for global esteem via Nick Cave’s right hand, the concert was a transcendental experience. Afterwards he crept on stage, swiped the gum and towel off the Steinway, and hid them in a plastic bag for 20 years.

His first book, written in his Parisian backyard studio during 2020 quarantine, is the story of how that lump of chewy was elevated, with Cave’s urging, from slightly nutty keepsake to bona fide holy relic, publicly exhibited in a temperature-controlled glass box on its own marble plinth in the Royal Danish Library.

The nugget was cast in gold and silver and duplicated in limited editions – for gifts, not profit, and definitely not for laughs. Ellis’ solemn faith in the sanctity of Simone’s waste forms the unambiguous bedrock of his story about memory, human connection and meaning.

It’s the weight of his conviction, even more than the late American jazz icon’s reputed sainthood, that gathers his cast of confidants and facilitators to his cause, each working to document and perpetuate the mystical value of this unsightly blob of resins, colours, flavourings and (crucially) preservatives.

They include eyewitnesses to the concert, from Cave’s concise foreword to the phoned, emailed and texted recollections of technicians and friends. Together with a brief biographical chapter, they provide fascinating insights into Simone’s wonderfully uncompromising character and monumental legacy, though this story has no time for agnostics in that regard.

Then there are the various parties to the exhibition: curators, designers, photographers, jewellers and sculptors, all caught up in what is now an undeniable phenomenon of reverence and noble intention. By the gravity of mutual assent, Nina Simone’s Gum has become a heavenly body defining Ellis’ circle of friends, new and old, all caught in a cosmic field of rapture. 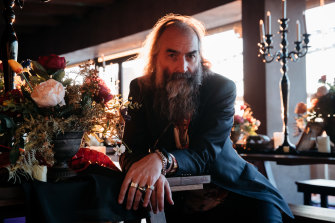 The bigger picture harks back to those found objects of his childhood: seemingly divine mysteries manifest in physical form. The spiritual power of Nina Simone’s chewy is the soul of inspiration itself, that handed-down force that has guided and driven Ellis to create with such sublime, manic passion since he picked up his first violin in 1974, closely followed by a piano accordion found at a tip (providence or what?)

Both of those objects and more are strewn like lesser artefacts through the story. His road from Ballarat to the world’s great concert halls is a trail of accidental/profound meetings marked by the talismans – a postcard here, a gold tooth there – that have passed through his briefcase. Many of them are photographed, in smudgy black-and-white to emphasise the uncanny distance between what’s real and what we can only attempt, at a distance, to comprehend.

An instrumentalist by calling, Ellis is too much in love with mystery to spell all of this out in words, though as a writer he wields them with ease – despite a late chapter documenting his fear of the book he feels compelled to write. Fans will recognise the rhythms, tangential metaphors and terse punchlines that always made his monologues a highlight of Dirty Three gigs.

It’s no accident that Nina Simone’s gum has found its home in the “Hallway of Gratitude” section of Cave’s Stranger Than Kindness exhibition, which closed in Copenhagen in August after a COVID-interrupted run. Ultimately, Ellis’ story is all about gratitude for gifts that can only be understood by enshrining the memories of those who passed them on, chewed-up, spat-out and all.

The Booklist is a weekly newsletter for book lovers from books editor Jason Steger. Get it delivered every Friday.