Home » Lifestyle » ‘I just sit there and twiddle my thumbs’: Hitmaker Benny Blanco on the secret to his success

He’s played a role in about 30 number one hits, including iconic tracks that have defined the pop landscape over the past two decades – Katy Perry’s Teenage Dream, Maroon 5’s Moves Like Jagger, Rihanna’s Diamonds, to name just a few – but don’t ask famed songwriter and producer Benny Blanco how he does it.

“People always ask me, ‘What’s the secret, man?’ I wish I knew,” says Blanco, with the lackadaisical lilt of a stoned Barney Rubble. “If I did, I would do it every time. I just sit there and I twiddle my thumbs and make dick and fart jokes, and I’m still confused as to why I have a job.” 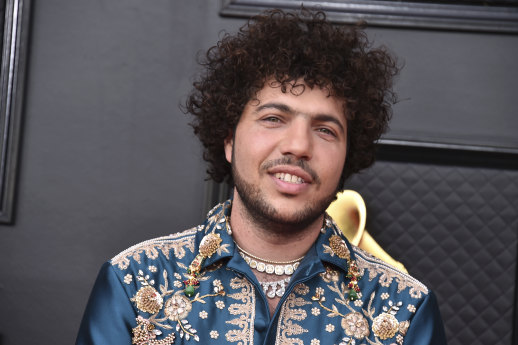 Benny Blanco at the Grammy Awards in April.Credit:Jordan Strauss/Invision/AP

If humble, the clueless act seems facetious; that many chart-topping flukes is unlikely. Ryan Tedder, probably Blanco’s closest cohort in terms of modern pop-making success, talks about the process scientifically, of manipulating the “peaks and valleys” that trigger a listener emotionally. Surely Blanco has pinpointed some constants to his craft?

“I mean, I’m an idiot,” he deadpans over the phone from Los Angeles, in the middle of a walk. “I guess there’s certain things that come second nature – it’s like, of course, the chorus is supposed to lift, and the pre-chorus should sound a bit different than the verse. But, like, some of my biggest and best songs are ones where I don’t necessarily know why they worked. They just did.

“Like, when we made TiK ToK (Kesha) or when we made Dynamite (Taio Cruz),” he adds. “I had no idea they’d stand the test of time the way they did. I was just making songs.”

Does he have a favourite of his hits, a song he can hear played on the radio these days and feel utter satisfaction with what he achieved? And what’s the song, the monster success, that paid for his house?

“Man, I don’t know. I just try to make the songs and then make the next one,” Blanco verbally shrugs. “But I’m sure a lot of them paid for my house. They’ve paid for everything.”

In recent years, the 34-year-old has made a turn from behind-the-scenes studio wizard to pop artist in his own right – and maintained his hit-making knack along the way: his track Eastside with Halsey and Khalid (from his solo debut, Friends Keep Secrets) peaked at #2 on Australia’s ARIA charts in August 2018. His newest single is the catchy Bad Decisions, which pairs icons BTS and Snoop Dogg on a lite-funk track. It’s telling of Blanco’s industry clout: while Snoop’s an old collaborator, Blanco met the K-pop superstars backstage at a gig and asked them to get in on a song.

“I’ve been a big fan of BTS for a long time,” he says. “I went to their concert and it was one of the craziest things I’ve ever seen. I’m standing next to this 60-year-old lady and I’m like, ‘Oh that’s beautiful, are you here with your kids?’ And she says, ‘What are you talking about? I’m here because I love BTS.’ Oh my god, they’re such a big thing and it moves people so much.”

He has Ed Sheeran to thank for his recent turn toward the spotlight. The pair had been on the road together through 2017, recording Sheeran’s album Divide. One night they were sitting around watching The Defiant Ones, the music documentary about the rise of producers Dr Dre and Jimmy Iovine, when Sheeran turned to Blanco and said, “We’re not doing enough with our lives”.

“Literally, at that same moment, he walked off and played a sold-out stadium!” Blanco recalls. “So I was sitting backstage alone, like, ‘My god, what the f— am I doing with my life?’” 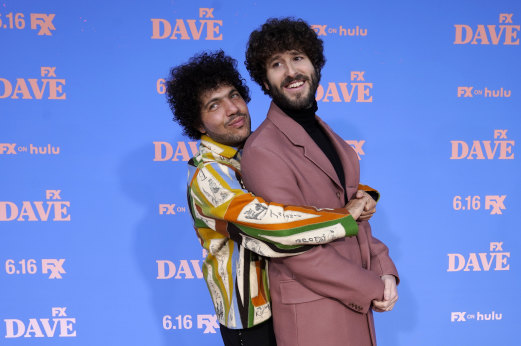 Blanco with his friend and co-star Dave Burd, aka Lil Dicky.Credit:Invision

Songwriting and producing is largely a gun-for-hire gig. The prospect of having total control over a work – “I can make my own videos, I can do all the media and come up with all the cool little ideas for marketing, and then if it fails it’s just on me” – proved alluring to Blanco.

“I was like, ‘You gotta at least try.’ I went around to my friends, being like, ‘So Ed, I think I wanna do this thing and I want to use one of the demos we wrote’, and I thought he was going to be like, ‘Shut up and just make my songs’, but he was like ‘Yeah, man, I can’t believe you haven’t done it sooner’.”

The first time I became aware of Blanco beyond a songwriting credit was in Sheeran’s 2018 Apple Music documentary Songwriter, where he featured prominently as a kind of Rick Rubin-esque studio guru, wandering around barefooted and dishevelled while spitting kernels of pop wisdom. What’s his process, and why does it involve no shoes?

“Man, I just like to be comfortable. Sometimes I just wear the same clothes for, like, two weeks straight,” Blanco drawls.

“I just like real life, you know?” Blanco says. “Sometimes it takes a second to get to that moment, sometimes you’re sitting there for three days and you’ve got nothing and then, all of a sudden, it hits you in the last 20 minutes of the last day.”

For someone so entrenched in the pop machine, who’s regularly called in by record labels to work some hit-making magic with their biggest charges, it seems a frustratingly inefficient process, just sitting around waiting for inspiration to strike. Blanco says his songwriting strength is fostering a studio environment where such things can happen.

“I think that’s definitely part of it. It’s also, like, I basically have the mind of a 13-year-old girl,” he laughs. “I feel like my strongest thing is just having my finger on the pulse. ’Cause a lot of it is just knowing what you want to hear.

“Look, every time you try to make a hit song, it never works,” Blanco continues. “The whole journey – that’s the best part about it, being able to go in and try to do it again, try to figure out how to make a song you like. Usually if you like the song, and the person you’re writing it with, then at least a few other people will like it, too.”

Born Benjamin Levin in Virginia, Blanco’s first stint in a studio came at just nine when he won a school contest where the prize was recording time in a professional studio. “It was terrible, awful stuff,” he says of his earliest musical performances, which included rap battles.

“We were all coming up at the same time,” Blanco recalls. “It was me, Diplo, A-Trak, Justice; we were all just trying to make music that moved us and do cool, interesting things and being a scene. It was such a cool time.”

Eventually he found himself in the same rooms as Max Martin and Dr Luke, making big establishment pop for the likes of Britney Spears.

“I never listened to pop music growing up; I didn’t understand it at all. I had no idea who Max Martin was when I first met him. I couldn’t have known less about that side of the world. And so it was definitely weird, you know, to make my first pop song, which was Britney Spears’ Circus.”

Circus, released in November 2008, was the first album Spears recorded after being involuntarily placed under a conservatorship that same year. What was she like to work with, and did she seem OK?

“She was always cool, amazing,” Blanco says. “But she was so famous and it was crazy. I remember just to go to the studio there would be two fake cars that drove in and out first, and there’d be paparazzi jumping down from trees and stuff. And I was like, ‘What the f—?!’ It was insane. It’s such a hard life.”

Blanco had a similar front-row seat to the wild world of pop star excess while working with Bieber. It makes you wonder if he felt any reluctance about making the move from behind-the-scenes technician to front-facing artist. Alongside his pop-star act, Blanco also plays himself in a myth-making role on rapper Lil Dicky’s hit TV series Dave and features in a popular web series with hipster chef Matty Matheson (The Bear).

“I spent most of my life behind the scenes, and I had the best job in the world: I was known enough to get into nice restaurants, but not known enough to get stopped on the street,” he chuckles. “And once I became an artist and that changed, I definitely had so much more respect for being an artist and a celebrity and stuff. I didn’t really get it until I was put in that position.”

Obviously, Blanco doesn’t get the same kind of public scrutiny as a Spears or Bieber. Does he enjoy the pop-star life, the acting, and being the centre of attention after so many years in the shadows?

“No, I do not like it,” he laughs. “I mean, my whole life I got to do whatever I want. Now I go outside and … like, literally, since I’ve been on this walk I’ve had to shoo away, like, eight or nine people! It’s definitely not the best thing, that part of it is hard. But, I mean, world’s smallest violin, right?”