CURRYS PC World are among scores of retailers slashing their prices in a bid to take advantage of the estimated £9billion Brits will spend during Black Friday weekend.

But former employee Liam, from Cambridgeshire, claims the deals aren’t always as good as they appear and lifts the lid on how to make the most of your money. 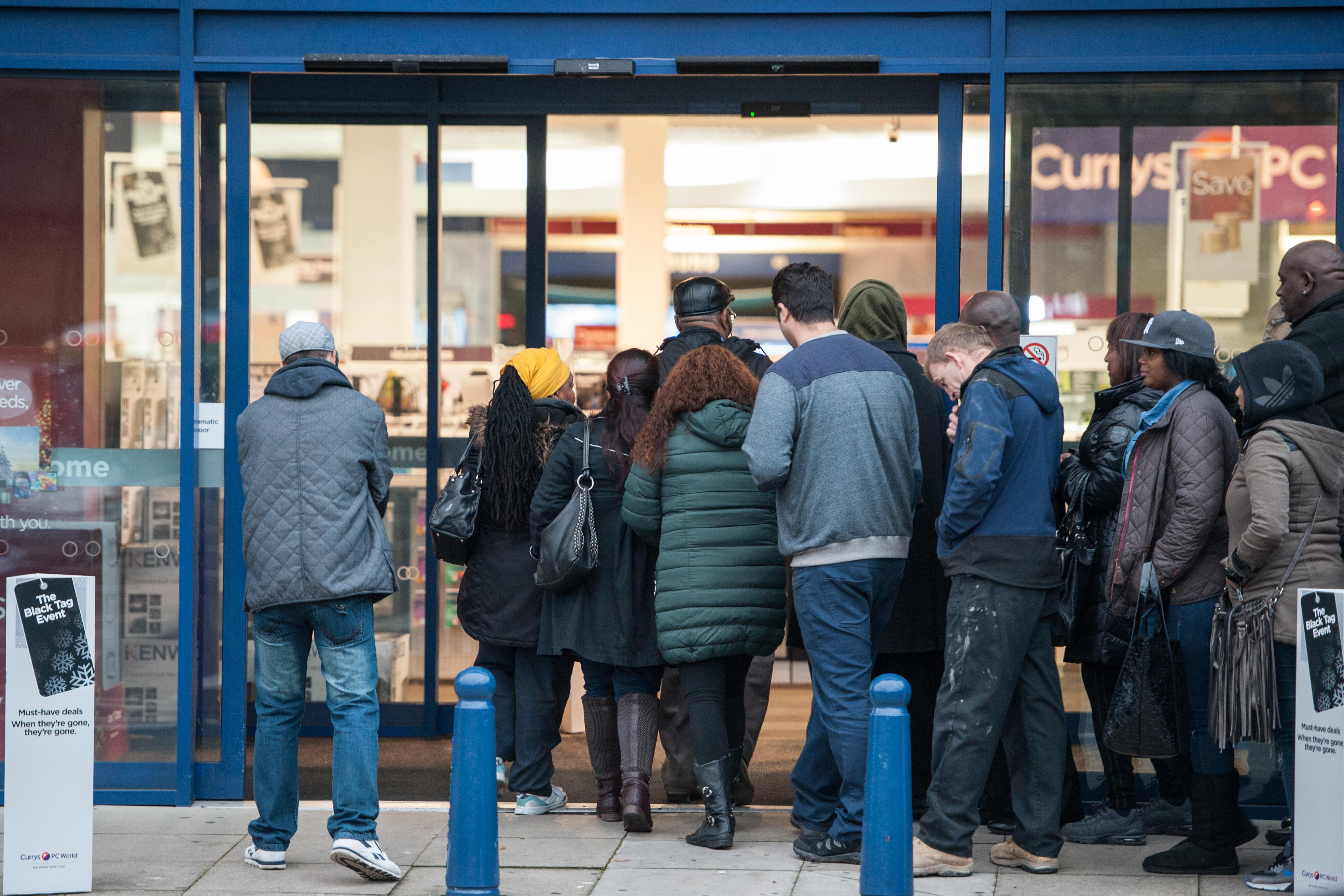 He spent nearly four years with the electrical retail giant – who are expected to bring in £161millions in pre-tax profits this year, according to investment firm Hargreaves Lansdown.

High street stores are bracing themselves for lengthy queues and squabbles over discounted items from tomorrow onwards.

Now Liam reveals the best way to take advantage of Black Friday sales at Currys, how to pick up the best bargains each week and certain things to avoid.

How to get Black Friday prices early

Many Brits fear missing out on discounted TV, laptops, mobile phones, clothes and more as retailers often sell out amid the mad shopping rush.

But Liam claims there’s an easy hack to bag a Black Friday bargain without the fear of missing out because an item has sold out.

“With Black Friday have a look now and Currys offer a price promise that they will honour for seven days,” he says.

“So if you bought something the day before Black Friday and the price goes down the next day you can still get it at that discounted price.

“The one catch is that you will have to go into the store on Black Friday to get it.”

Under the Currys price promise, the retailer promises to refund the difference in cost if customers find an item cheaper elsewhere within seven days of their purchase.

This applies to both prices in-store, online and even when discount codes have been applied.

Liam says that tip can be used for other sales throughout the year too.

While most of us believe we are getting the best discounts on Black Friday, the ex-Currys employee claims that’s not always the case.

Liam explained that there are some occasions when items could be “more expensive” than they have been earlier in the year.

“You’ll still save money off the listed price but two weeks earlier it could have been cheaper, which always made no sense to me,” he says.

“I’ve seen it quite a few times on Black Friday and while it’s only about £40 or £50 more expensive – as a ballpark figure – it all makes a difference.”

To avoid being stung by a Black Friday deal that isn’t quite as good as it seems, Liam advises regularly monitoring promotions and deals throughout the year.

If you're looking for deals tomorrow, add them to your basket today or make a note of the price and check out comparison sites.

CamelCamelCamel, which track Amazon items, lets shoppers enter a URL of a product to reveal its price history and see if it has been sold at a lower price – while PriceRunner covers 6,000 UK stores.

‘Thursday’s the best day for bargains’

Liam claims promotions in Currys PC World “always change on a Thursday” – so if you’re planning to buy something it’s best to wait until then.

He says: “If you do that you will know what the latest deals are and also the item you’re looking to buy could have gone down in price.

“Even items that are already in the promotions aisle can drop in price, so if you’re looking for a good bargain it’s best to wait just in case.”

He says salespeople are unaware of what items are due to reduce or change in promotions.

Currys told The Sun that promotions are not exclusively launched on a Thursday.

Extended warranties 'can be pointless'

Purchasing extended warranties for your electrical goods is often touted as a must by salespeople – however, Liam claims that’s not always the case.

He argued that buying extra cover for most items under £100 is “pointless” because most people won’t want the same item in several years.

“Technology is advancing so quickly that it will be out of date in a few years and you would just want to replace it with something new,” Liam explains.

“If something like your printer or kettle breaks you just buy a new one. Most people never make claims using their warranties.

Liam cited one example on Currys website – a £21.99 jug kettle with a three-year ‘Instant replacement plan’ for £8.10.

He felt the plan, which is around 36 per cent of the kettle’s price, was not worth the money.

After spending three-and-a-half years working at Currys PC World, Liam says getting advice from staff is the biggest benefit of visiting a store in person.

However, he claims that sales staff have difficult targets to meet through an “extensive list” of add-ons they have to flog – which can make shopping online a quicker experience.

“There’s a historic reputation that when you walk into Currys there are either spotty teenagers on their phones all day or you are pestered non-stop,” Liam says.

“If you simply want to go in to buy something specific and don’t have time to spare or want to buy anything else then I would buy online.”

Like many retailers, Currys have shared some tips ahead of the big day.

Last year alone, an average of 118 orders were processed every minute and this year sales are predicted to increase by 15 per cent across the high street.

Data from last Black Friday revealed the busiest times in Currys was between 7am and 1pm – when up to half a million flooded stores.

The quietest times appeared to be mid-afternoon until around 8pm.

Currys also suggested signing up for their newsletter as they reveal their best deals there before stores open.

The store's price promise vows to match other offers including discount codes elsewhere and refunds customers the difference in up to seven days.

They also offer a ‘Black Tag’ event in the lead-up to Black Friday, which allows customers to have first dibs on hundreds of items online.

The Sun put Liam's claims to Currys who said 98 per cent of their Black Friday deals in 2020 were “equal or at their cheapest compared to the previous six months”.

They claimed anyone with issues regarding care packages or warranties should contact their helpline for advice.

They also said team sales targets were to “ensure consistency of customer experience” and felt colleagues were rewarded fairly in return.

A spokesperson said: “At Currys, we’re committed to doing business with honesty and integrity, and we encourage all colleagues to speak up via official channels if they have any concerns about our working practices.

“Only by doing this can we act on claims and, where needed, make them right.”