IT workers have been sharing the nightmarish cases they’ve dealt with while on the job – including destroyed laptops and tangled wiring.

Technology buffs from around the world have revealed the worst tasks they’ve tried to fix at work, posting snaps of the images on Reddit’s Tech Support Gore forum.

The painfully funny and cringe-worthy tech disasters went on to be collated by BoredPanda into a hilarious online gallery.

While some snaps appear to show ancient machines at the end of their life, others show gadgets on the brink of explosion. 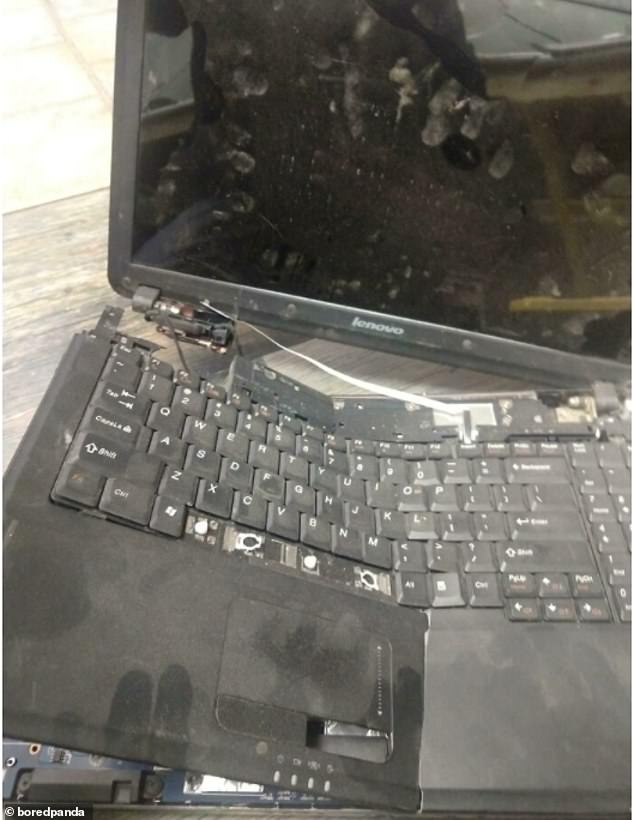 Technology buffs from around the world have revealed the worst tasks they’ve tried to fix at work (pictured, one user, believed to be from the US, shared a snap of their laptop after it ‘flew off a truck’) 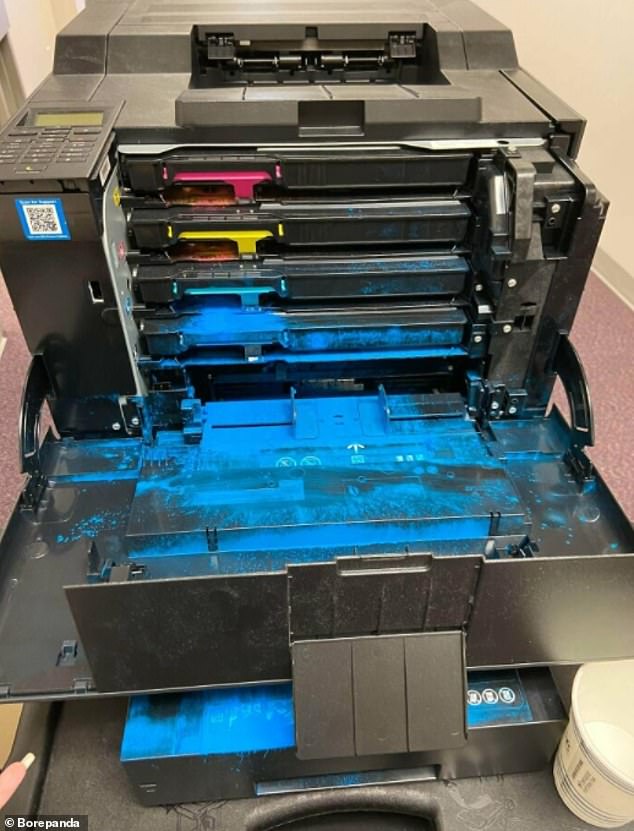 IT workers have been posting images of the gadget disasters to Reddit’s Tech Support Gore forum (pictured, an ink cartridge exploded in this printer in the US) 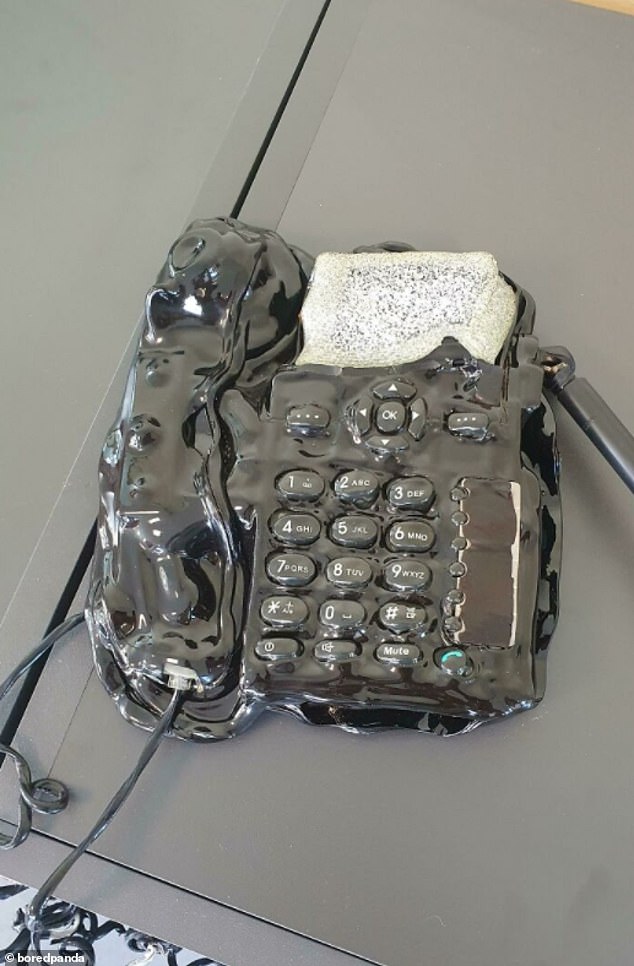 Shall we turn the heating down?  One person, believed to be from Australia, posted a shot of their phone after it melted 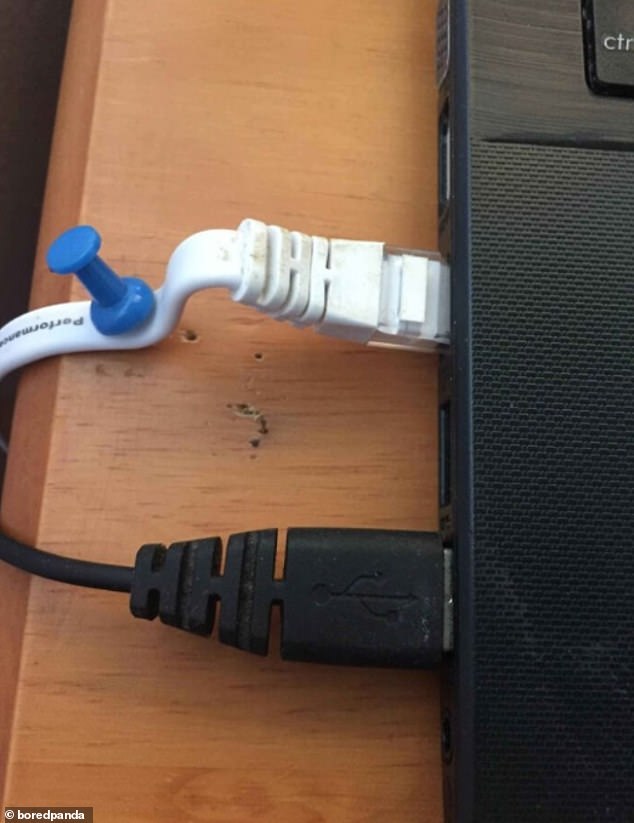 I’m not sure that’s going to work! One person, believed to be in the UK, pinned their wire to the table 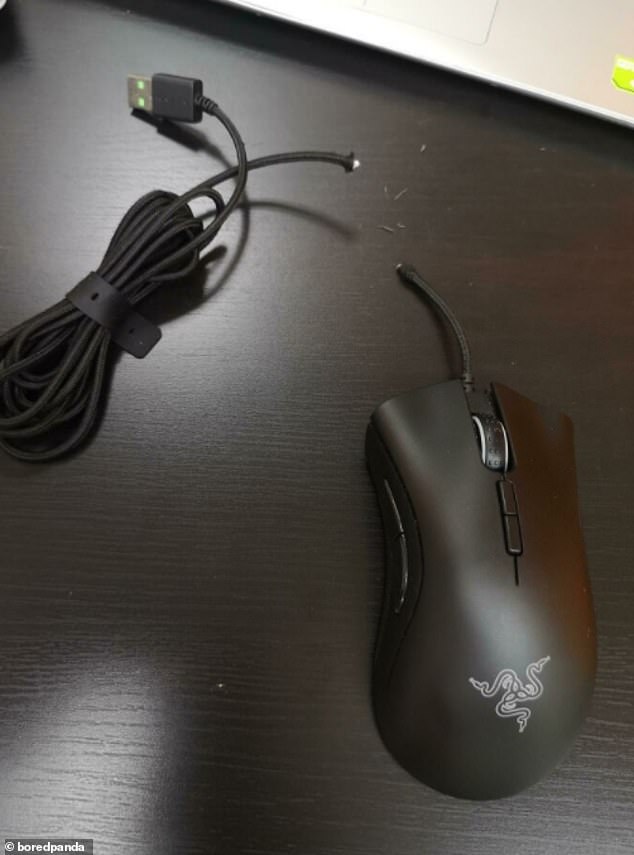 A wireless mouse! One person, whose location is unknown, appeared to accidentally snip their device at a critical point 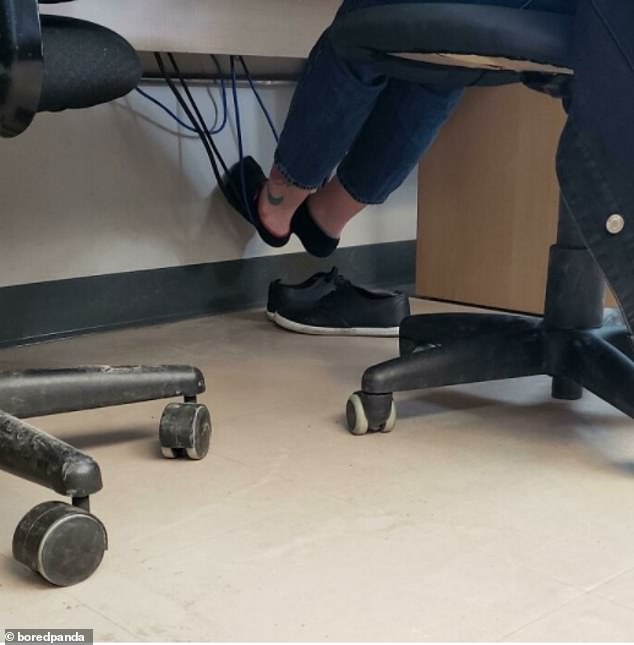 Need a foot rest? Another social media user couldn’t help but snap  a fellow library goer who had tangled their feet up in their computer wires 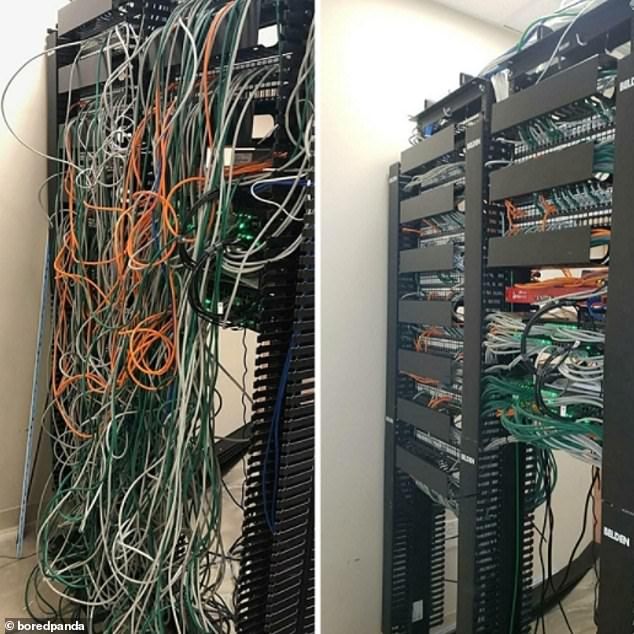 1,000 hours later! Another IT worker, whose location is unknown, was tasked with the job of untangling a mess of wires 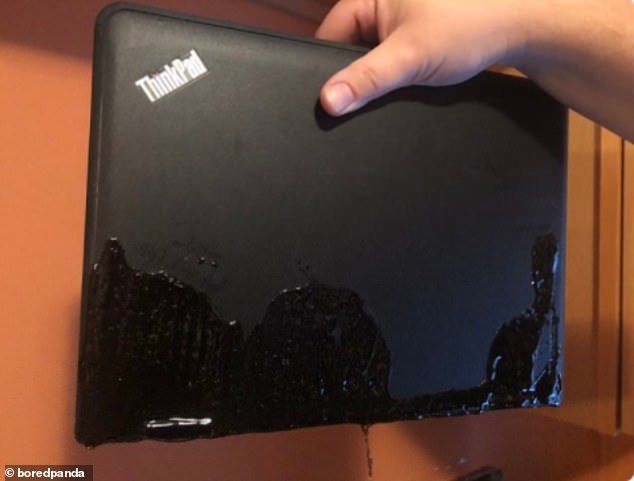 A sticky mistake! One Twitter user, from the US, revealed they had tried to pack their laptop with a bottle of maple syrup 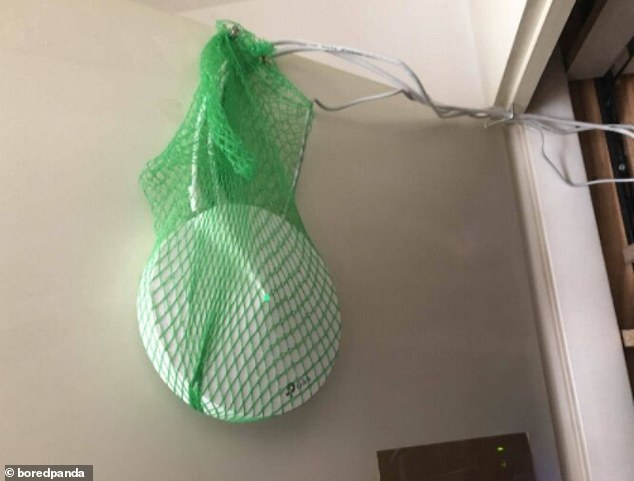 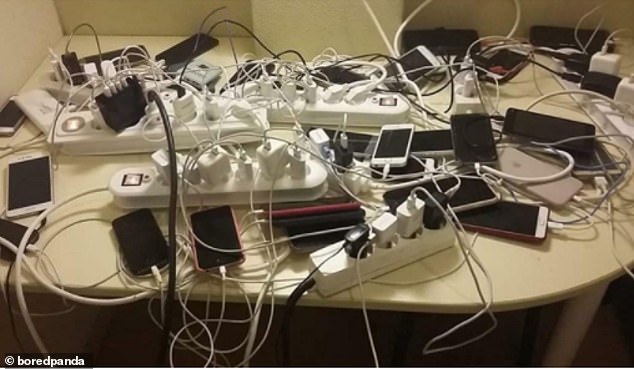 One university student, from France, shared a snap of six electrical sockets being used by 70 different pupils 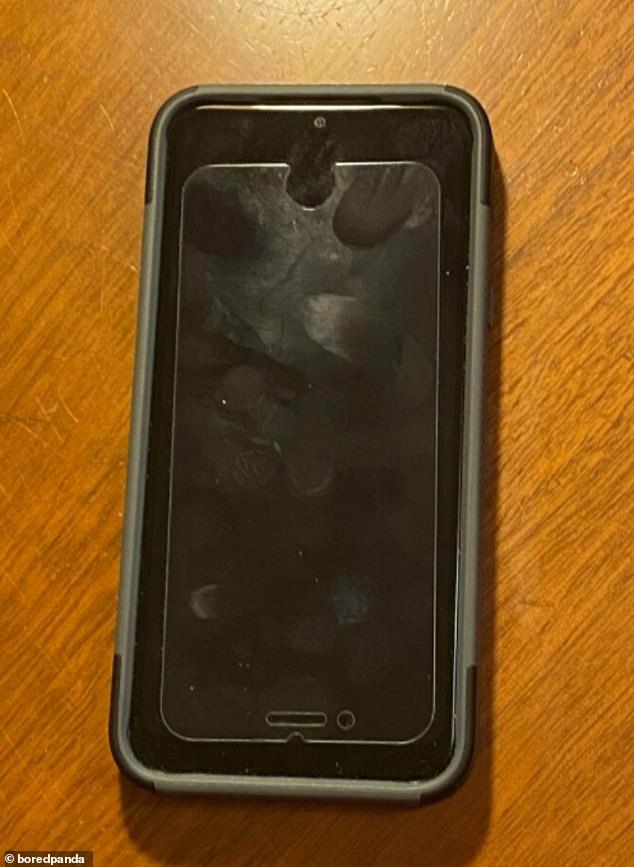 Not much of a protector! One person, believed to be from the US, decided to keep the same screen protector, despite upgrading their iPhone 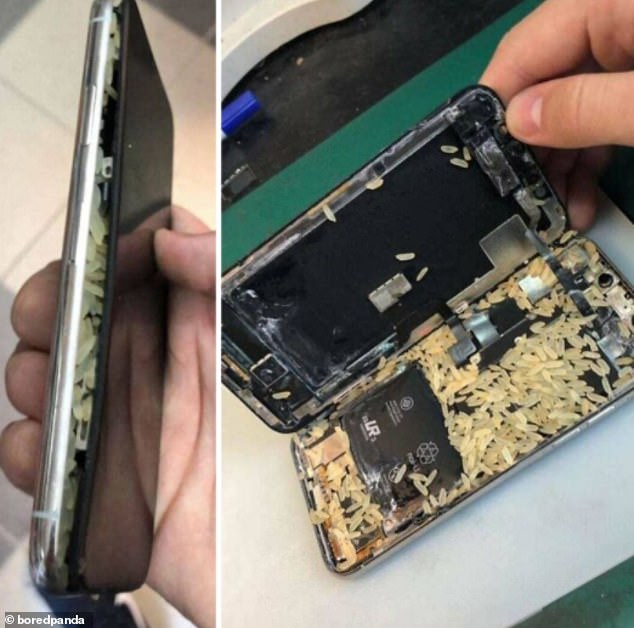 We’re not sure that is going to help! One person, whose location is unknown, revealed the inside of a phone covered in rice  in an attempt to dry it out 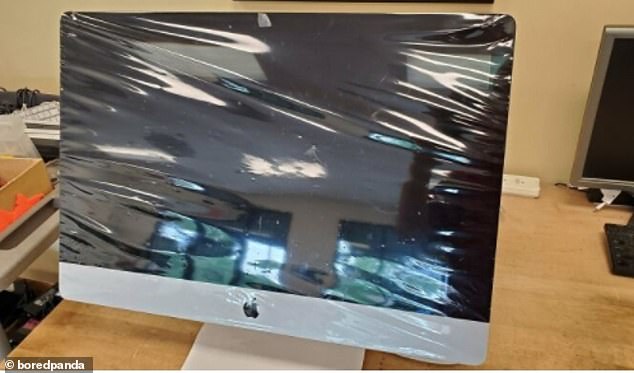 Have you tried unwrapping it? One IT worker, believed to be from the US, revealed a customer brought this imac into a computer shop and questioned why it was not powering on 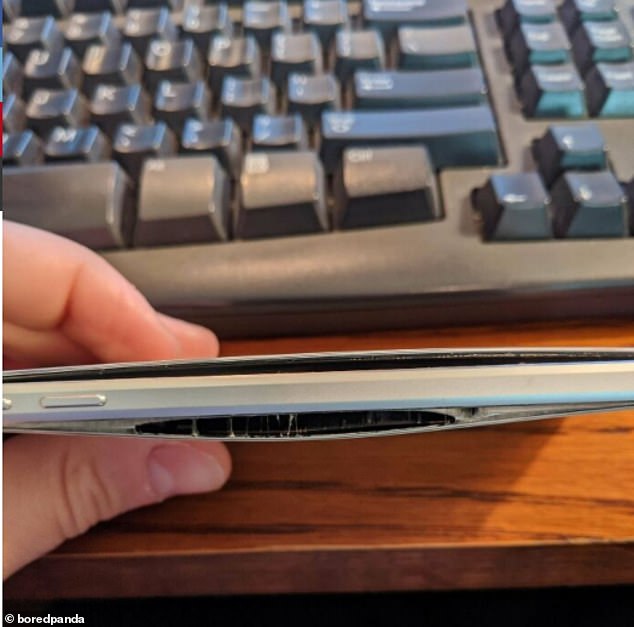 I’m not sure anyone could fix that! One person, from the US, revealed their iPhone  was ‘getting hot and turning off’ 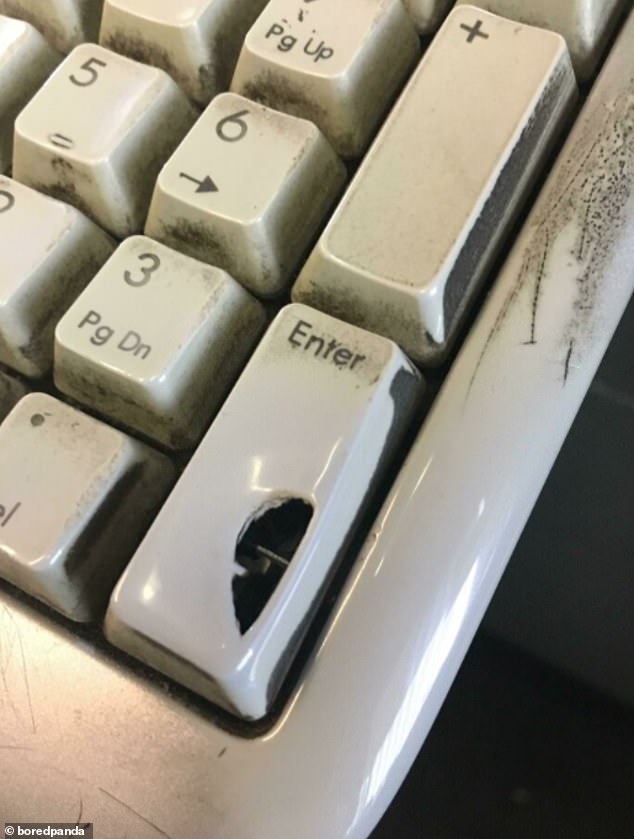 It needs more than a good clean! Another social media user shared a glimpse of their dirty keyboard, with an enormous hole in the enter button 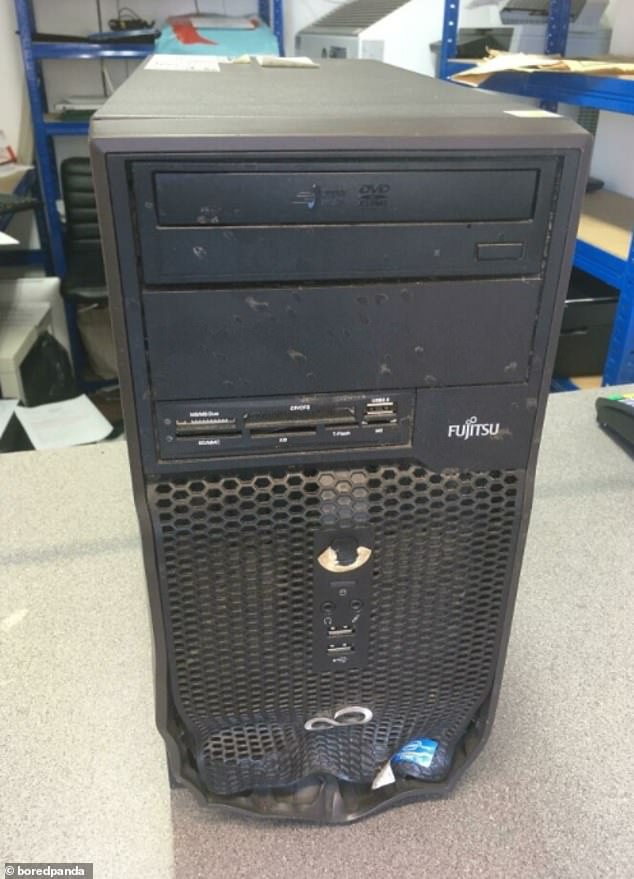 It’s melting! One person, believed to be from the US, shared a snap of their computer after it gradually fell apart

8 Best Movies at the Winter Olympics, from 'Cool Runnings' to 'I, Tonya'