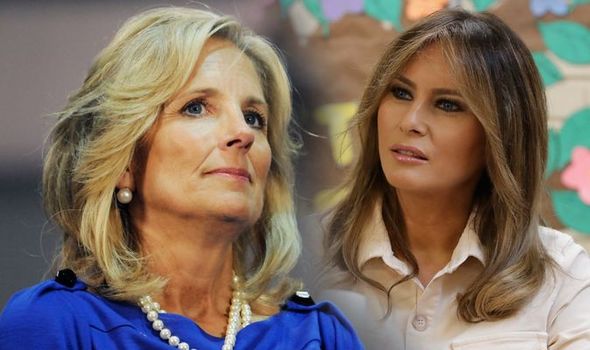 Jill Biden is a teacher with a doctorate, born and raised in the USA. Melania Trump, on the other hand, is a former-model who was raised under a communist government in Slovenia.

Melania is the current First Lady and wife of Donald Trump, 74, a divisive figure in US politics who made a surprise bid of presidency after becoming a property billionaire in New York City.

Jill’s husband and soon-to-be president Joe Biden, 77, has worked in office for decades.

Both men are from different sides of the political spectrum.

Regardless of this, Jill and Melania have a number of similarities including the interesting roles they have played in their husbands’ electoral campaigns.

Both women contrast with their husbands in a manner that may well have helped each of them win an election. 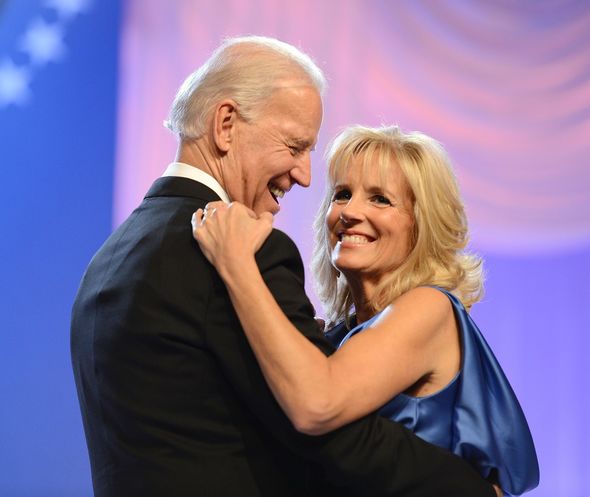 Body language expert Judi James told Express.co.uk: “Both Melania and Jill do share a similar role in providing a contrast to their husbands’ presidential personas though.

“Melania looked graceful, elegant, cautious and wary. She managed to look like the angel of honesty on the recent campaign trail.

“When Trump forgot to pose up for the anthem or tried to grasp at her hand at the wrong moment, Melania would nudge or swat him in a way that suggested she was the one in charge of the protocol.”

Her successor, soon-to-be FLOTUS Jill fulfils this role in a slightly different want.

“She also sits beside him, keeping what looks like a fond but watchful eye out to correct his signature verbal blunders.

“When Joe looked close to breaking social distancing guidelines on a visit recently Jill darted forward to pull him back and he obeyed gracefully and apologised in a way that suggested he was happy to take direction from his wife.”

It will be interesting to see how Jill adapts to her new role and how she differs in the post to Melania. 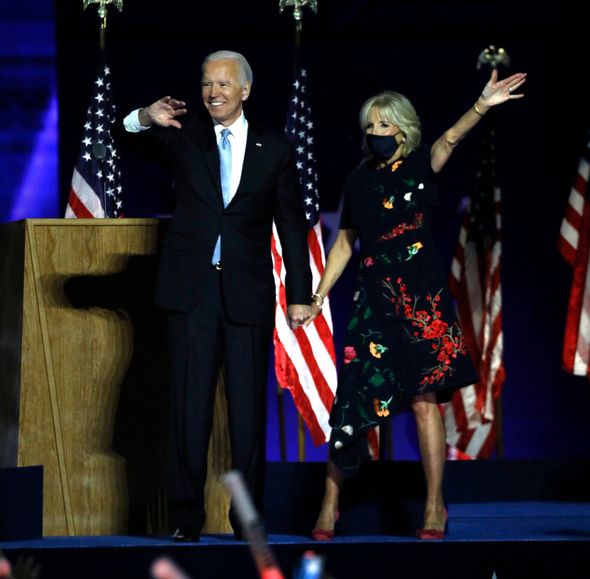 While the two have obvious differences, one thing they share is an interest in fashion.

Both have dressed beautifully to accompany their husbands on their individual campaigns.

How did Melania and Jill’s style for their husband’s victory speeches compare?

Jill bucked expectations with a dress not by a US designer, opting for Dominican designer Oscar de la Renta. 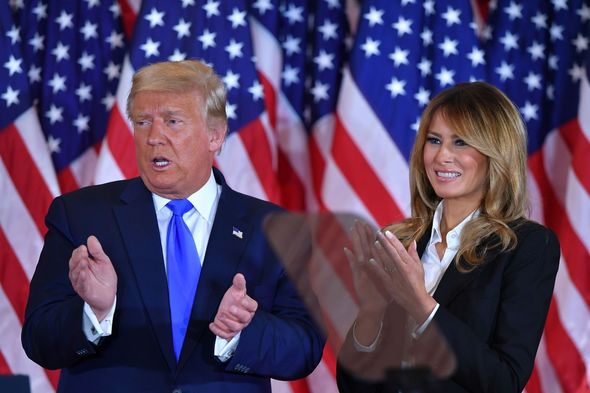 Melania, on the other hand, has often opted for American designers and her 2016 victory speech was no different.

The mother-of-one wore a white jumpsuit with a thigh split. The one-shoulder style was flattering to the soon-to-be First Lady.

The look was a $4,000 (£3,098) Ralph Lauren jumpsuit, with the Slovenian-born former-model championing American designers.