‘Joe Millionaire’ is back with a fresh spin! This time around, there will be TWO Joes looking for love. HL got EXCLUSIVE scoop from Steven and Kurt about tackling a dating show together and more.

Joe Millionaire took TV by storm when it first premiered in 2003. Eighteen years later, FOX has revived the show as Joe Millionaire: For Richer or Poorer, which premieres January 6. The series will feature two single Joes — Steven and Kurt — dating 20 women. One of them is a multi-millionaire, and the other is not. HollywoodLife spoke EXCLUSIVELY with Steven and Kurt about the show and how it compares to the original series. 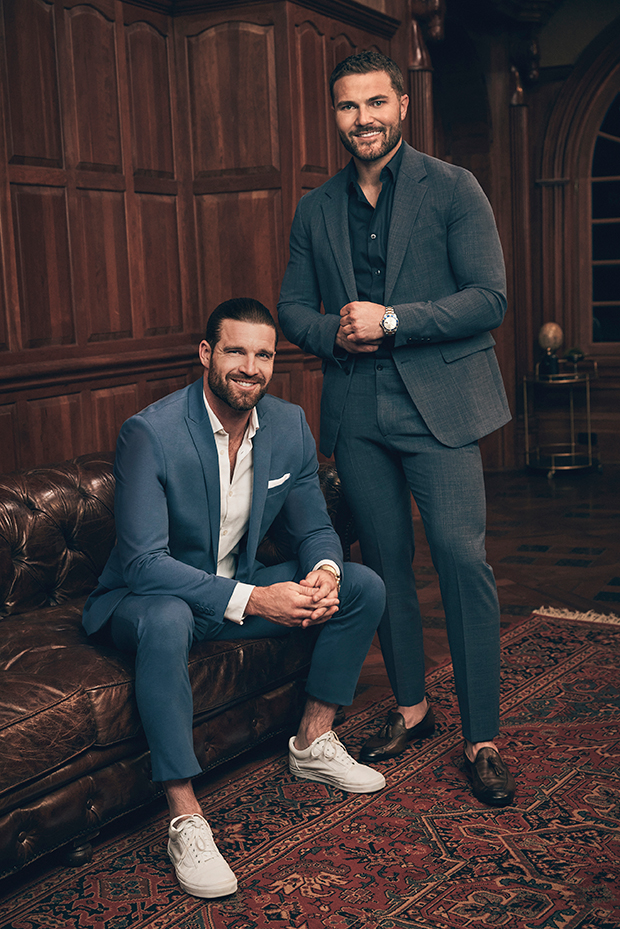 “It’s very similar, but the big twist is there’s absolutely no lie here because the women know that one of us is a millionaire and one of us is not,” Steven said. “They just don’t know which one is which, so it’s not like these women were misled in any way. It really allows what I think is so interesting about the concept that FOX and 495 Productions came up with. This entire show is both sides have a choice here. The women aren’t just stuck with one guy that they have to fall in love with. Even if they really don’t like the guy, they have the option between Kurt and me and we’re dating 20 of them as well. So I think it’s a really unique spin, a really neat spin. It’s something reality TV hasn’t seen before as far as the dating realm goes.”

Both Steven and Kurt had “reservations” about doing the show at first. “We were left in the dark a little bit. It’s something neither of us has done before,” Kurt admitted. “For me, personally, I wasn’t sure if it was something that I wanted to do, just to expose myself, put myself out there for the world to see and analyze. And then also the work aspect of it. We had to give up our lives for two months to film this thing and that was taxing for sure.”

Initially, they both didn’t know that there would be two Joes looking for love until a couple of weeks before filming started. “Finding that out, I was concerned,” Steven confessed. “I was thinking to myself, ‘Oh, no, what did I get myself into? Is this just going to be a jealous competition?’ And then when I saw Kurt for the first time, I’m thinking, he’s a good-looking guy. He’s got better hair than me. This is going to be a challenge. We’re going to be dating the same women. What happens if all these women like Kurt, and I’m struggling over here?”

Kurt added, “It was definitely nerve-racking. They really held a lot of information back, so right before I go, I tried to find out a little bit about the guy who’s coming. And not having met him, of course, you’re going to have reservations. Am I going to get along with this guy? Are we going to be enemies? We’re going to be competing over the same women. So you’ll see it on night one when we meet each other, we’re both holding a little bit back. We’re figuring each other out.”

However, the experience bonded them both together forever. “We ended up hitting it off from day one,” Steven revealed. “Actually, Kurt was just out at my place this past weekend. We hang out together. We consider ourselves brothers now, so it couldn’t have gone any better.” Kurt said, “It only took about 10 to 15 minutes, and then we were boys. We coined the show now Bro Millionaire.”

Steven admitted that he “couldn’t have done” the show without Kurt. “I was so out of my element, it was so intense and stressful so having someone that I could rely on, put my trust in, really ask and bounce questions off of to get his opinion and know that I can fully trust him and he’s got my best interest at heart helped me out tremendously. Through the eliminations, through what I was feeling, what I was thinking, the emotions I was going through, I was dumping a lot of that on Kurt and vice versa. We were just helping each other out the entire time,” he continued. 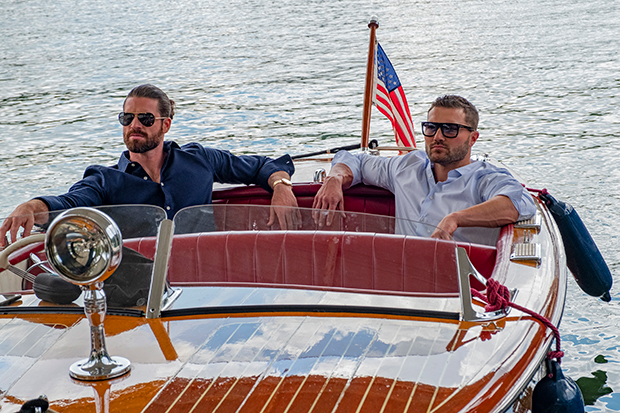 Kurt noted that the experience with Steven “couldn’t have been better. It would have been bad if we didn’t get along with each other as we do, or if we came from different walks of life. We definitely are both very blue-collar guys who have worked for everything we have. So we found that in common right away, and then just having each other to gain perspective over certain situations because love can be difficult. Dating can be difficult. Trying to perceive women can be difficult.”

While they couldn’t reveal if they found love, Kurt admitted that the experience “was worth it” for him. “This was an experience unlike anything I’ve ever done before. We’re bonded to the people that we did the show with now, and I think we have a good bond,” he told HollywoodLife. Joe Millionaire: For Richer or Poorer will air Thursdays on FOX.