“I’m so proud of this pivotal moment in history.”

While speaking with TooFab at the film’s junket, the trans actress explained why “Moxie” is a movie for the times in which we’re living and how it’s a “step in the right direction” for representation. 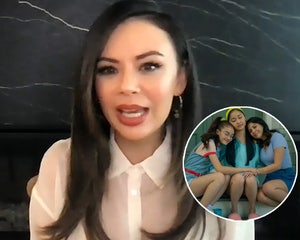 “2021 is hopefully a time where people are having important and uncomfortable conversations in their homes,” said Totah, 19. “And I think it’s wonderful that we have those conversations on screen in the hopes that we can perpetuate them in people’s real lives and show how it can be done. I think now is the time more than ever. If anything, it should have happened years ago but I’m so proud of this pivotal moment in history and I am hopeful that people are holding themselves accountable and they’re unlearning as well as learning and really evolving.”

Directed by Amy Poehler, “Moxie” follows a shy 16-year-old, Vivian (Hadley Robinson), who, along with a diverse group of women, lead a revolution against the toxic and sexist status quo of their high school.

At one point in the film, Totah’s character — who is one of the ladies calling for change in the school — shared that some people, including a few teachers, refused to call her by her new name. More importantly, the theater teacher was initially against her character auditioning for a female role in the school musical.

Totah — who came out as transgender in 2018 — said “there are stories on stories” from “anybody who’s faced systems of oppression because of the fact that [they’re] from a disenfranchised and marginalized community.”

“I’m so happy that this film can be made and depict multiple women from multiple different backgrounds,” she explained. “And these are experiences that happened in real life and they continue to happen. And in order for that to change, there needs to be concrete growth. And I do think this movie is a step in the right direction.” 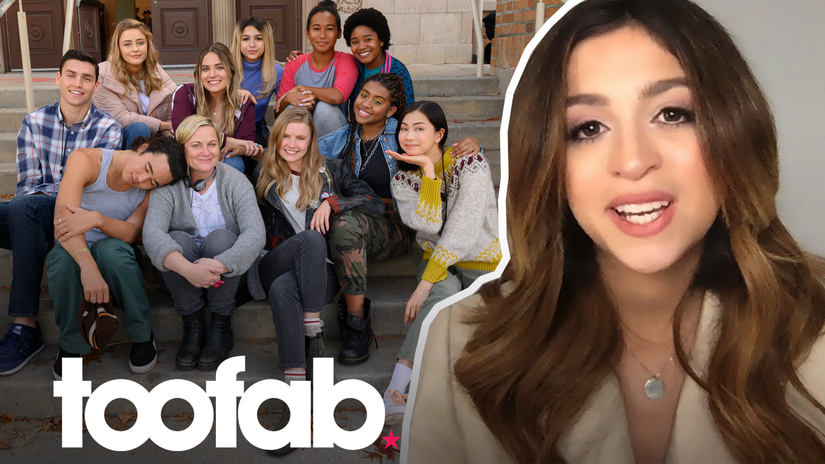 Totah went on to praise Poehler, who also produced and starred in the film.

“Amy Poehler is a powerhouse. She is an incredible tour de force human being. But also she’s an incredible ally,” Totah told TooFab. “And I think her intention to really making this film so inclusive, so representative of the different identities that exist in real life and telling their stories authentically, not just for the art of tokenism or for show was so incredible and so wonderfully refreshing.”

In addition to Poehler, Totah bonded with her fellow castmates while shooting the project, including Alycia Pascual-Pena, whom she described as her “true soul sister.” After meeting on the movie’s set, Totah and Pascual-Pena went on to become roommates and share the screen together once again in the “Saved By the Bell” reboot.

“I think these girls have become some of my best friends in the entire world, truly going to be my bridesmaids in my wedding,” Totah said of her co-stars. “Alycia Pascual-Pena, who plays Lucy Hernandez, is my true soul sister. She has lived with me now for a year and a half. We met on this movie and I’m so grateful for not only my relationship with her, but my incredible relationship with so many of the women in ‘Moxie’ including Amy herself.”

“I actually came to Alycia a few times and knew she would be there for me,” she continued. “But it was really when we had those conversations just as a cast that I felt that specifically my relationship with Alycia was eternal and was lifelong and Amy facilitated those conversations on set and also past that.”

Check out our interview, above, to see more from Totah, including an epic behind-the-scenes story in which Poehler helped the nurse the cast back to health.