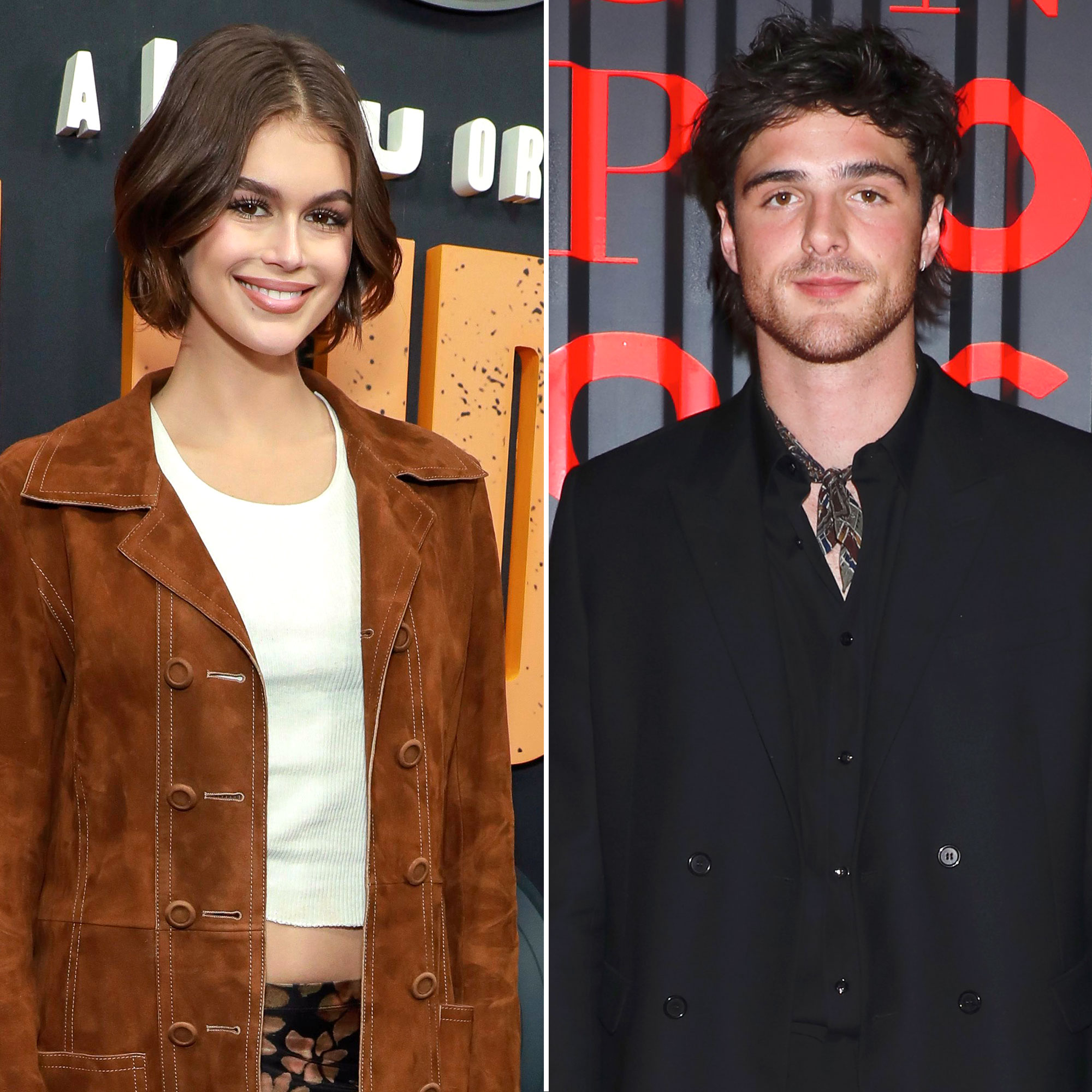 Ringing in her birthday with style! Kaia Gerber celebrated her 20th birthday with a formal, balloon-filled party alongside her close friends — and boyfriend Jacob Elordi.

The model, 20, shared an Instagram gallery from the festivities on Thursday, September 16, writing, “Film from my 20th ✨.”

In the snaps, Gerber wore a flowy, sparkly dress as she danced the night away with friends Travis Jackson, Rachel Hilson, Dylan Minnette, Lydia Night and the Euphoria star, 24.

In two of the photos, she and her beau couldn’t keep their hands off each other, as they grinned for the cameras. In one pic, the Australia native wrapped his arms around his girlfriend, and in another, they posed at the dinner table.

Elsewhere during the festivities, Gerber and the Love, Victor actress, 25, chatted in a bathtub before the 13 Reasons Why star, 24, presented her with a single-tier frosted cake that included at least 16 candles around the edges.

Days earlier, Cindy Crawford’s daughter was spotted holding hands with the Kissing Booth star on the way to a Met Gala afterparty after she attended the red carpet solo on Monday, September 13.

The pair stepped out for Justin Bieber’s star-studded festivities after the 2021 fundraiser in New York City. While Elordi went for a casual look in a white T-shirt, black button-down and ripped jeans, his better half donned a sheer minidress and heels.

The couple has remained relatively private about their budding love since they were first spotted together in September 2020.

“Kaia and Jacob are newly seeing each other,” a source exclusively told Us Weekly after the pair packed on the PDA during multiple NYC outings together.

The duo were first linked eight months after Gerber split from comedian Pete Davidson in January 2020 after a brief three-month courtship.

Elordi, for his part, previously dated his Euphoria costar Zendaya between February and March 2020.

Gerber and the 2 Hearts actor later made their relationship Instagram official that November, sharing snaps of their couple’s Halloween costume, dressing up as Priscilla Presley and the late Elvis Presley.

“Kaia’s parents adore Jacob and think he’s a great match for Kaia,” a source exclusively told Us in April of their budding romance. “Her friends have also taken a liking to him and think he’s such a heartthrob.”

After more than six months of dating, an insider dished to Us that the pair enjoyed where their relationship was at.

“They’re not rushing into anything serious like an engagement,” the source explained. “They’re young and want to experience life together. They’re lovers and also best friends. They’re always together when they don’t have work commitments.”