Loving the single life! Khloé Kardashian is happy rolling solo — no matter what other people think about it.

“My love life in a nutshell,” a fan captioned a photo via Twitter Monday, May 22, of the reality star, 37, from Kourtney Kardashian and Travis Barker’s Italian wedding.

In the snapshot, the Kardashians star can be seen holding a glass of wine and sneaking a peek at Megan Fox and Machine Gun Kelly as they cozy up for a PDA heavy photo shoot post ceremony.

Khloé, who shares 3-year-old daughter True with ex-boyfriend Tristan Thompson, is no stranger to the public commenting on her love life. Her marriage to — and subsequent split from — ex-husband Lamar Odom played out in front of the cameras on their reality show, Khloe & Lamar in 2011. In 2016, cameras followed the DASH owner once again when she dated Thompson, 31, for two and a half years — splitting for the first time in April 2018 upon Khloé finding out that he cheated on her while she was pregnant with True. The two reconciled in May of that year before once again calling it quits in February 2019 after Thompson kissed Kylie Jenner’s former best friend Jordyn Woods.

The pair gave their relationship another try in August 2020 after spending time together amid the coronavirus pandemic. Us Weekly confirmed that the duo officially split less than one year later, but then quietly got back together for a second time during fall 2021. 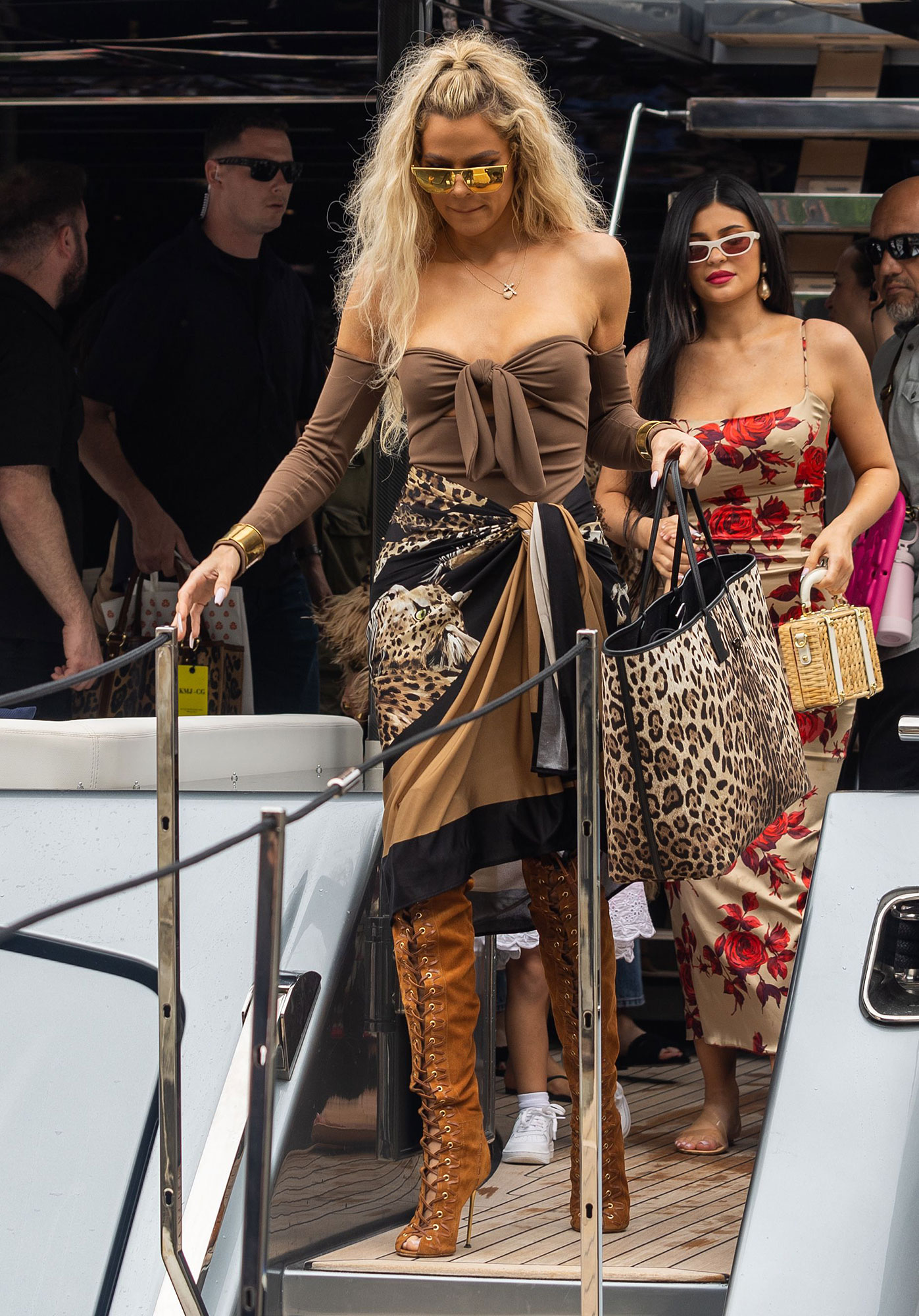 While filming the first season of The Kardashians, news broke that the athlete was being sued for child support by Maralee Nichols. In his official court response, the Canada native admitted he hooked up with the fitness model, 31, in March 2021 while he was still dating Khloé.

Hulu’s cameras were there to capture the Good American founder’s reaction to the basketball player’s most recent transgressions, The Kardashians executive producer Danielle King told Us earlier this month.

“Well, for that particular moment, my crew was there. We were there to film something else early in the morning and the morning that news broke, we legitimately just happened to be there. We have that moment on camera,” she revealed about Kim Kardashian calling Khloé with the news.

Khloé, for her part, took to Instagram in the weeks following Tristan’s announcement, captioning a post of herself sitting in a car rocking a Skims two-piece and knee-high boots: “Betrayal rarely comes from your enemies.”

They Do! Look Back at the Kardashians’ Wedding Dresses Through the Years

During an interview with USA Today in April, the Kardashian Konfidential author admitted that discovering the news about Thompson was “hard” and it “doesn’t get easier” — but “when you’re hurt so many times — your reactions, your responses, to the same thing happening over and over again, there’s a numbing sensation to it.”