The independent candidate attempting to oust Treasurer Josh Frydenberg from his federal seat of Kooyong is insisting she remains a “political cleanskin”, despite conceding she was once a Labor Party member.

In an interview with The Age this month, Professor Monique Ryan suggested she had no involvement with any political party. 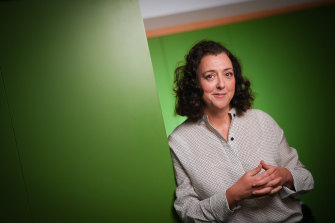 Since that interview, Professor Ryan has confirmed she joined Labor before the 2007 federal election but quit because she was disappointed at a lack of action on climate change.

Asked about the apparent discrepancy on Tuesday, Professor Ryan continued to insist she remained politically non-aligned.

“I am a cleanskin,” she said in an emailed response.

“That’s what being an independent is all about, and why the parties are so threatened by us. They have trouble defining us. We don’t fit into their frame where they mistake community concern for a political game.”

Professor Ryan, 54, said that more than a decade ago, like much of the country, she briefly thought former prime minister Kevin Rudd showed great promise on climate change.

“Turns out he did not. More than a decade later, cleanskins like me have a new opportunity to express our convictions – as true independents.”

The Liberal Party, which is also being challenged by independent candidates in the Victorian federal seats of Flinders and Goldstein, has been quick to play down the movement. 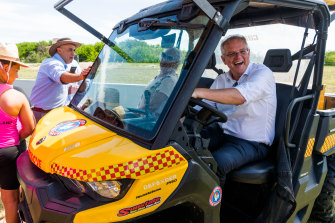 Prime Minister Scott Morrison leapt on Professor Ryan’s former allegiance as “proof positive” that the independent “Voices” movement was instead a well-funded political party linked to Labor and the Greens.

“And down in [Mr Frydenberg’s] electorate, and other places, I think this just exposes what this movement is all about,” he said.

Mr Frydenberg holds Kooyong, which takes in the leafy Melbourne suburbs of Hawthorn and Kew, by about 6 per cent after suffering a swing against him of almost 8 per cent at the 2019 election. Many now believe the seat is vulnerable, particularly over concern about climate action.

Professor Ryan said when she signed up as an ALP member before the 2007 election, she was concerned about climate change.

She said she owed “no allegiance to anyone but the Kooyong community”.

“Independents as candidates emerging from grassroots community concern were not a phenomenon at the time,” she said. “I am proud to have been selected by concerned members of the Kooyong community as their independent candidate for Federal Parliament.”

In a post on her website, Ms Ryan said she had also “admired John Howard’s historic environmental conservation efforts and Renewable Energy Target. I hoped that Malcolm Turnbull would end the climate wars and marry socially progressive values with a modern economy.”