Home » Kylian Mbappe’s Dream Team Euros price revealed ahead of launch – is he worth it?

Dream Team Euros is ever so close!

Any moment now you will be able sign-up for the best fantasy football game to accompany this summer’s major international tournament – with prototype team creation available immediately.

All player prices will be hidden until May 21st, at which point you will have to ensure your XI falls within the £50million budget.

Any teams that come in over budget won’t be eligible to score points when the tournament is underway on June 11th – but don’t worry, you should have plenty of time to tinker.

To give you an idea of the limitations, we’re steadily revealing the prices of some big-name players before the official player list is confirmed… 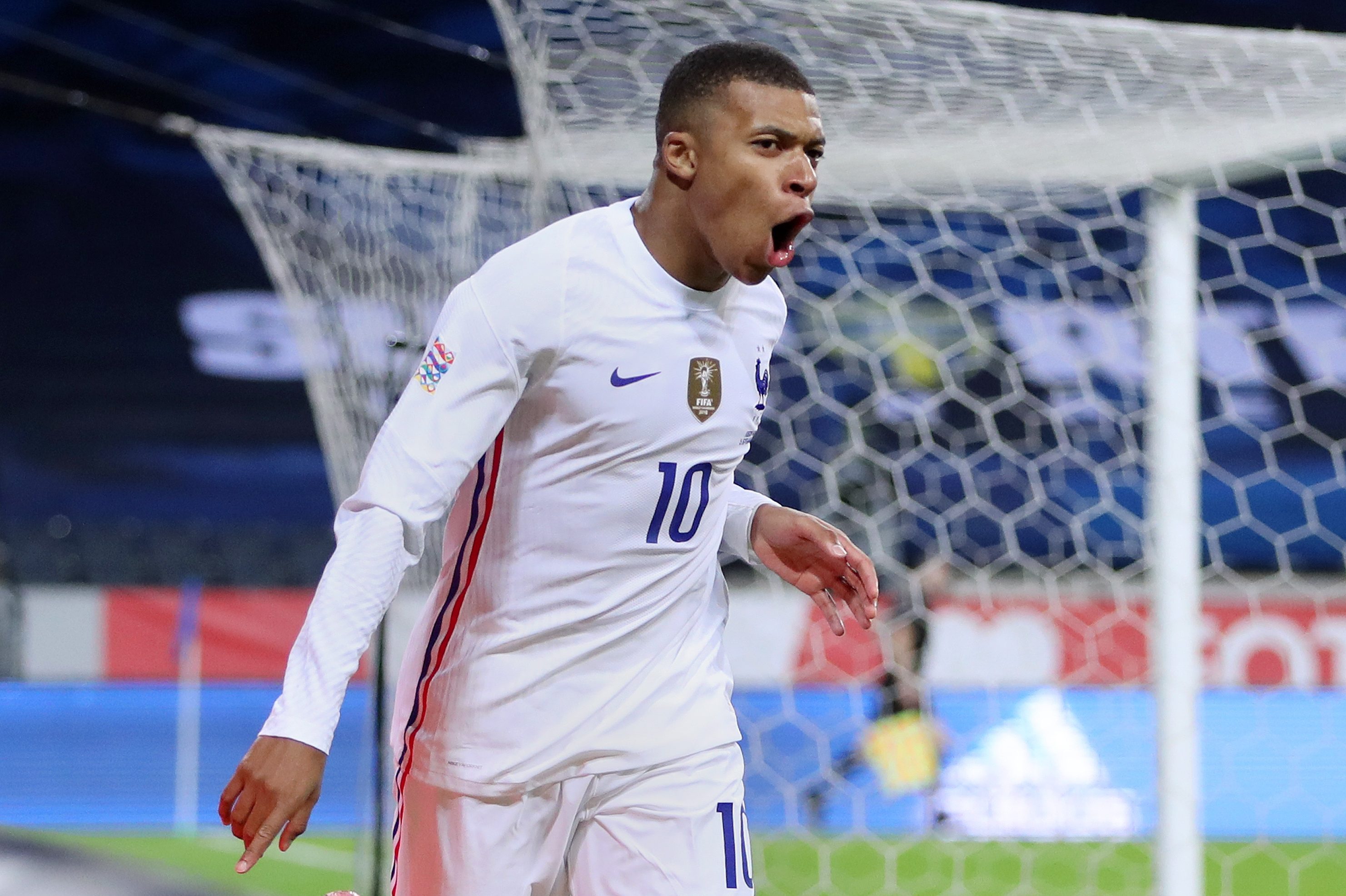 We’ve already confirmed Harry Kane and Cristiano Ronaldo at £7.0m each but there’s one player who is more expensive than those prolific forwards… Kylian Mbappe.

France’s generational talent is the most expensive Dream Team Euros player this summer at £7.5m.

England may be the bookies’ favourites to win Euro 2020 but plenty of knowledgeable observers reckon Didier Deschamps’ men are the team to beat – they are the reigning World champions after all.
A teenage Mbappe took Russia by storm three years ago by scoring four goals in the tournament, including two in a memorable slug-fest against Argentina and a low drive from outside the box in the final.

His stock has sky-rocketed ever since with many tipping him to take the crown from Lionel Messi/Ronaldo (delete as applicable) and establish himself as the best player in the world in the coming years. 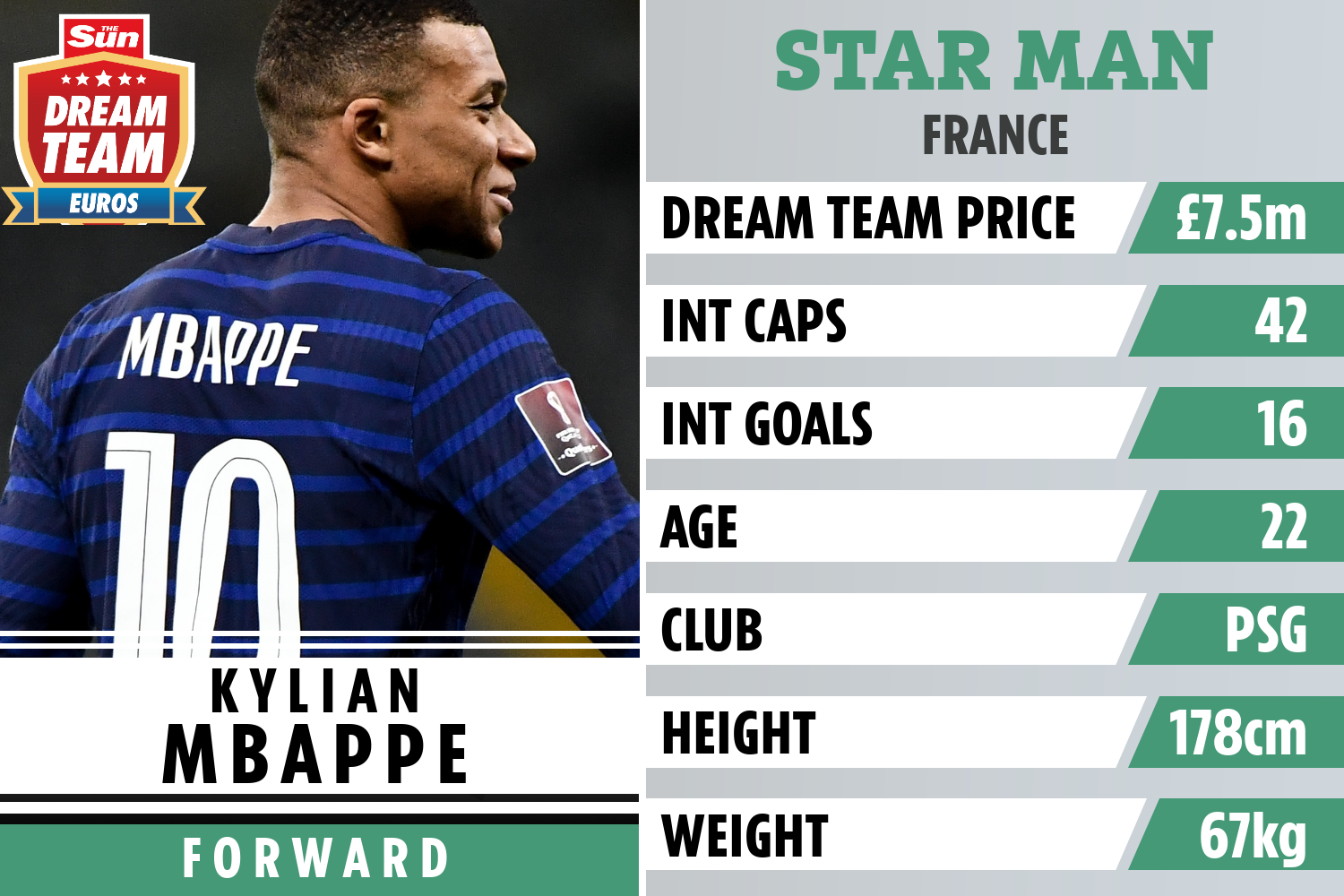 Mbappe’s international record of 16 goals in 42 appearances may seem modest but it’s worth remembering more than half of his caps came as a teenager.

15 goals in his last 30 games for France gives a more accurate picture of his current level.

And his record for PSG is nothing short of obscene.

The 22-year-old has scored 108 goals in 124 games for the Parisians since leaving Monaco in 2017 – this season is the joint-most productive of his short career so far with 39 goals coming from 44 games.

Mbappe’s talent is no secret but how many Dream Team Euros bosses will be willing to devote £7.5m of their budget to one player? 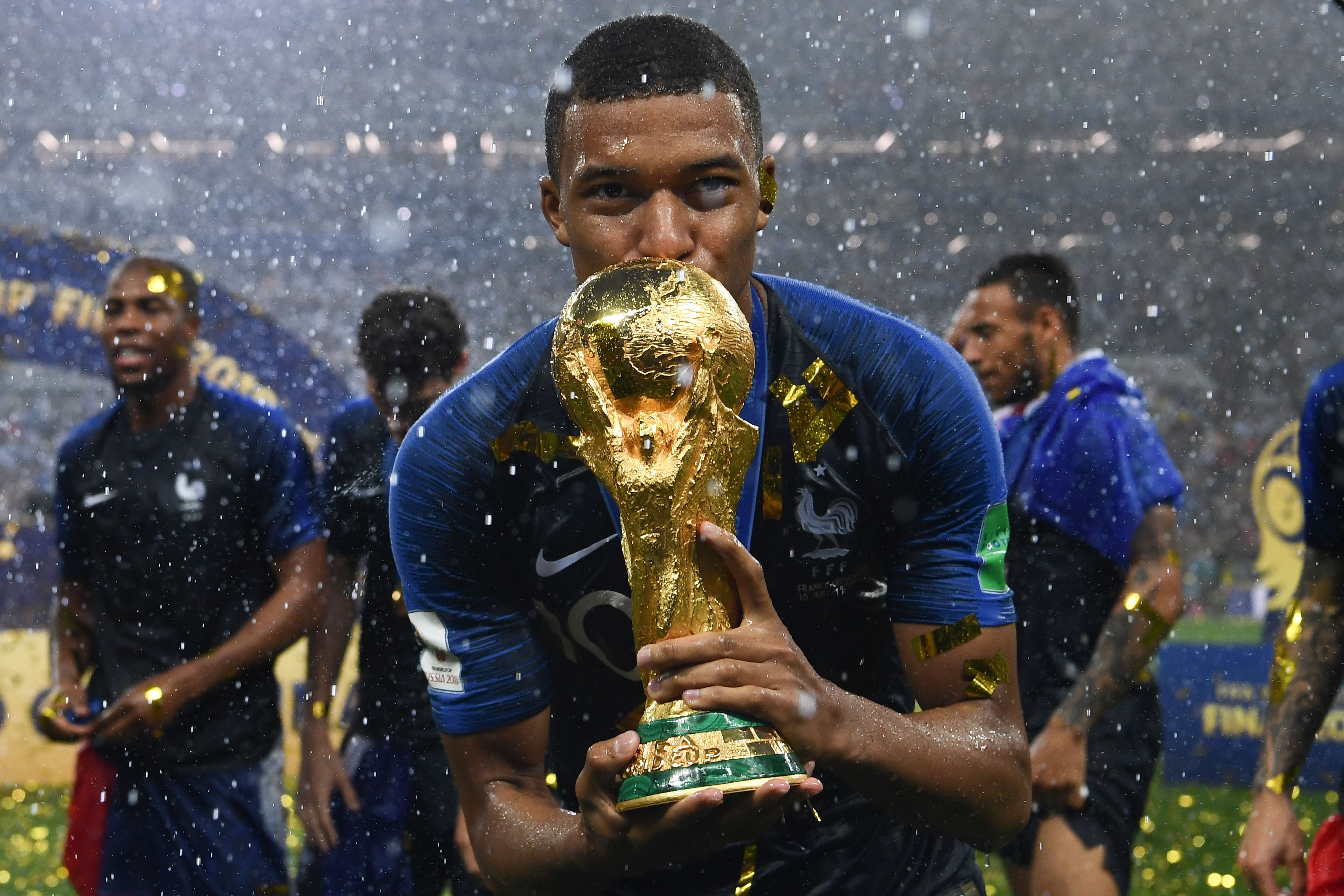 France are participants in Euro 2020’s ‘Group of Death’ alongside Portugal, Germany and (most fearsome of all) Hungary.

A relatively tough schedule may result in some hesitancy when it comes to selecting Mbappe and his team-mates.

Ultimately though, France are France and Mbappe is Mbappe…