Joshua Jackson shows off photos of daughter at charity dinner

Lady Gaga spreads her wings at ‘House of Gucci’ premiere

The House of Gaga is full.

Lady Gaga’s personal life is complete thanks to her longtime love, Michael Polansky, and her three French bulldogs.

“My dogs and the man that I love are my whole life,” the “House of Gucci” star, 35, gushed to The Hollywood Reporter in her new cover story.

Gaga’s pups Koji and Gustav were safely returned to her in February after two men stole them and shot her walker, Ryan Fischer, in West Hollywood. Her third dog, Asia, was not taken.

“Everybody’s OK,” the “Stupid Love” singer said in the interview published on Wednesday. “Everybody’s healing. I pray for Ryan all the time. I’m so grateful that we did not lose him. And every day I thank God for the safe return of my dogs.”

Gaga said authorities told her the theft of her bulldogs, which occurred while she was shooting her new movie in Italy, was “random” rather than a targeted attack on Fischer.

“It’s what reminds me that I’m just like everybody else in some ways,” she said. “We’re all susceptible to these things.”

Page Six broke the news in February 2020 that the pop star and Polansky, who runs Facebook co-founder Sean Parker’s various charities and businesses, were dating. They’ve kept an extremely low profile since confirming their romance, with Gaga rarely mentioning him other than the occasional Instagram post. 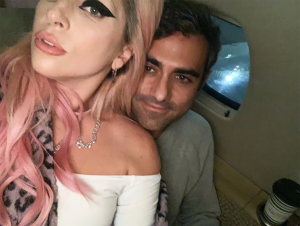 “When your bf sends you all the flowers in Rome for your birthday,” she captioned a photo in March of herself hugging a massive arrangement of white roses. “I love you honey 💕 I can’t wait to be home with you and our dogs, that’s all I need.”

Gaga’s romance with Polansky extinguished all speculation that she and her “A Star Is Born” co-star and director, Bradley Cooper, were secretly dating after they performed a fiery rendition of “Shallow” at the 2019 Oscars. As it turns out, the entire bit was staged. 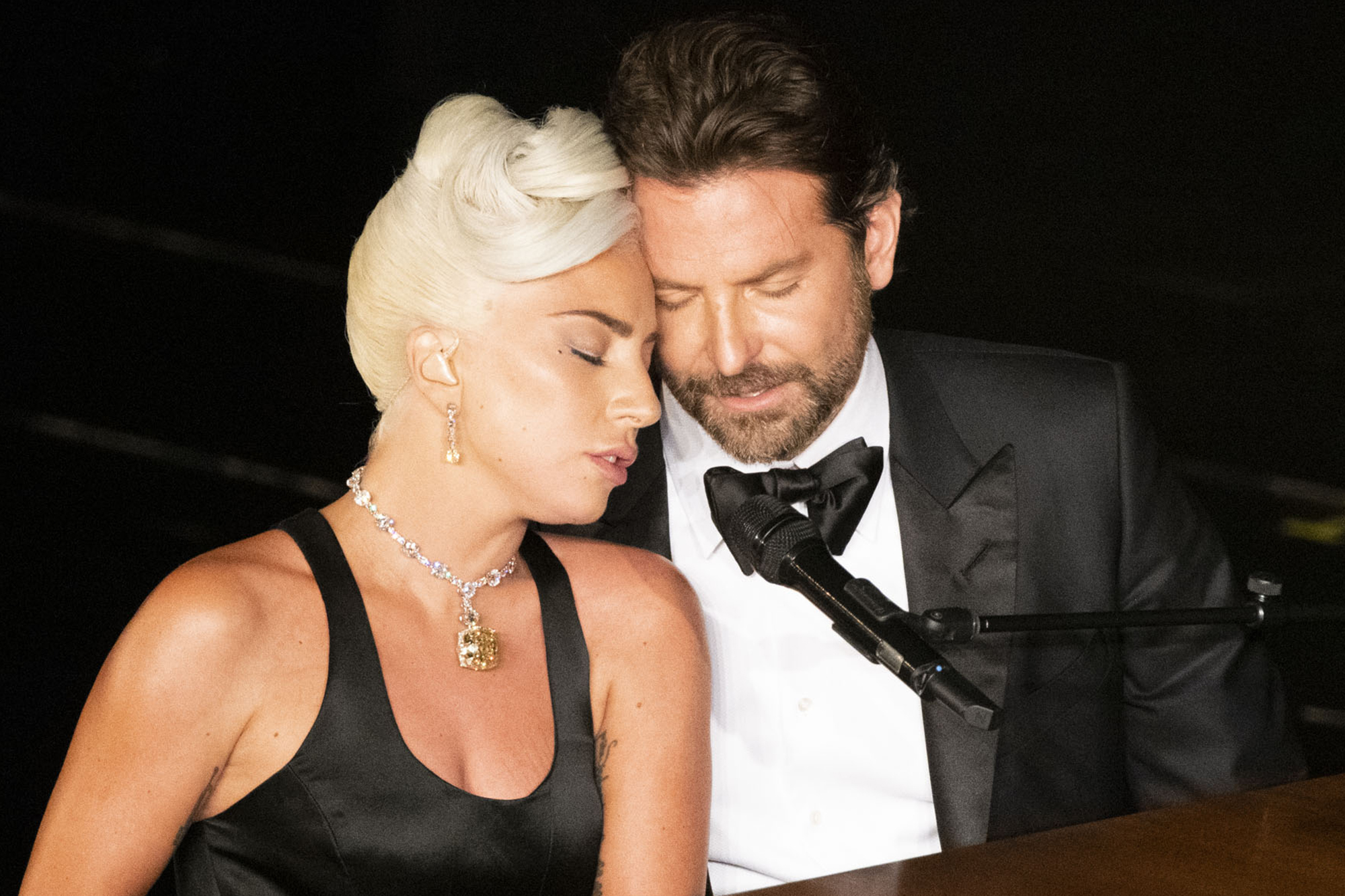 “Just from a personal standpoint, it reduces the anxiety level,” Cooper, 46, told The Hollywood Reporter of their onstage chemistry in the new profile. “They kind of fall in love in that scene in the film.

“It’s that explosive moment that happens to happen to them on a stage in front of thousands of people. … It would have been so weird if we were both on stools facing the audience.”