Home » Lifestyle » Lala Kent Reveals She Had a Prenup with Randall Emmett: 'I'm All About a Plan B'

Lala also revealed she slid into a man's Instagram DMs for the "first time" following her breakup with Randall.

Lala Kent has revealed that she had a prenup with ex-fiancé Randall Emmett.

During Tuesday’s episode of “Vanderpump Rules,” which was filmed before Lala and Randall’s split,  the reality star had a conversation with castmate Scheana Shay, who opened up about the plans for her wedding to Brock Davies. Scheana shared that she got a prenuptial agreement with Brock — and Lala said she and Randall signed one as well. 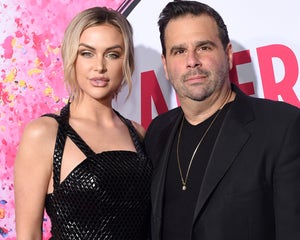 “We got the prenup done,” Scheana explained. “We just need to go and get that notarized. I never actually thought I would do a prenup but after getting divorced [from Michael Shay] and having to give up half of my bank account, I was like, ‘We’re doing this the right way.'”

When Scheana asked Lala if she and Randall got a prenuptial agreement, Lala said they did. “Oh, yeah. I’m all about a plan B,” she shared.

“That was definitely a smart move,” Lala continued, before bringing up Scheana’s past comments about prenups. “I remember when I said that Rand and I were going to do a prenup, you acted a little shocked by it.”

Scheana responded, “Yeah! I mean when Katie [Maloney-Schwartz] and Tom [Schwartz] did it, I was just like, ‘Ugh! That just takes the fun out of it. Like, you should be marrying somebody you trust who’s never going to come after you.'” 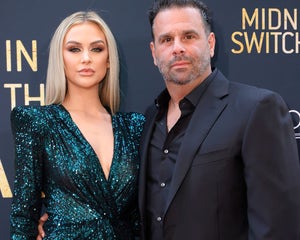 In reply, Lala pointed out that “when things get sticky, people really show [their] true colors.” She added, “I just want something that is so clear and cut and dry where it’s like, ‘What’s yours is yours, what’s mine is mine. Go away.'”

Meanwhile, later in the episode, the “Give Them Lala” author opened up about how her sex life with Randall wasn’t the same after the birth of their daughter Ocean.

While sitting down with Katie Maloney-Schwartz, Lala, who was using a breast pump, said, “They always say if you’re planning on breastfeeding like twist your nipples and stuff. … Rough ’em up.”

“But I did a lot of nipple play during sexy time, so mine were ready to go,” she added to Katie, before then sharing more in a confessional, “Pre-Ocean, sex was at least a couple of times a week. Blowies were happening really often, but becoming a mom you just don’t want that in your mouth anymore.”

Lala and Randall, 50, called it quits and broke off their engagement in October after over five years together. The former couple’s relationship began in 2016 and they became engaged in 2018. The two welcomed Ocean back in March. 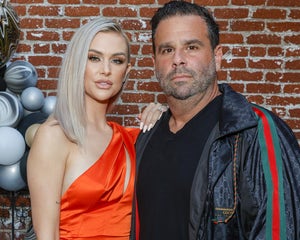 Following the split, Lala has continued to open up about the breakup on social media, in interviews and on her podcast, “Give Them Lala.”

Also in December, on an episode of her “Give Them Lala” podcast, the star detailed the moment she knew she had to leave Randall.

Lala said she had her “head in the sand for a really long time” before she came to terms with the reality of her situation.

“The second that I felt unsafe — I said this in therapy — I said, ‘The second I get a pit in my stomach, it’ll be a different conversation,'” she said of the moment she decided to leave. “I got that pit and I got the f— out. No questions asked.” 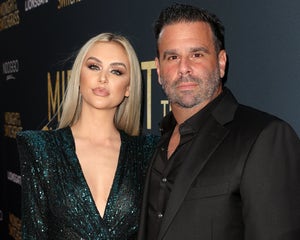 Meanwhile, on the latest episode of her podcast, which dropped on Wednesday, Lala said she is slowly getting back into the dating game, revealing she slid into a man’s Instagram DMs for the “first time” following her breakup with Randall.

“I had a fantastic holiday, and I slid into a man’s DM for the first time since I was, like, 23. Yes, I did,'” Lala said. “You know, it felt strange because I don’t slide in the DM. Like, I slid in the DM when I was, like, drinking and, like, young, but I haven’t slid in the DM and I don’t even know if I have game anymore.”

Lala went on to share that her “expectations are very low” as she’s “in the zone” being a mother to Ocean and creating her Give Them Lala “empire.”

“I’m just looking to sit and have a conversation” she shared. “Like I said, I don’t have any expectations with it, but it went well … just talking to a man who’s not my previous relationship, [it’s] just like, ‘This is fun,’ and obviously I have a little bit of a game left if there’s communication happening.”

Lala confirmed to her assistant and co-host, Jessica, that she “got a response” from the man she DMed. “My first DM, the initial one, was just emojis and not even anything sexy — like, not even anything hot. … We, like, sparked a conversation, but I was like, ‘What does one say in someone’s DM?'”

After Jessica congratulated Lala for DMing a man, whose identity Lala didn’t reveal, Lala replied, “It has less to do with the dude and more with the fact that I re-popped my DM cherry, and I think that is something to celebrate.”