Would you pay someone to DUMP your partner? Loose Women are left appalled by £1.7K service where a stranger turns up on the doorstep to break the bad news

A breakup can be horrible, but being dumped by someone other than your partner would be worse.

However Peter Treichl, from Austria, does just that – and he charges up to £1700 to turn up on your partner’s door and dump them in person – coming up with the idea of his heartbreak agency after running a dating company for years.

However the presenters on Loose Women were left appalled by the idea, with Jane Moore saying that it’s a cowardly act and Kaye Adams claiming it to be horrific.

Andrea McLean explained that the service had different break up packages, but it was Nadia Sawalha who surprised the women by saying ‘she wished the service had been around a few years earlier.’ 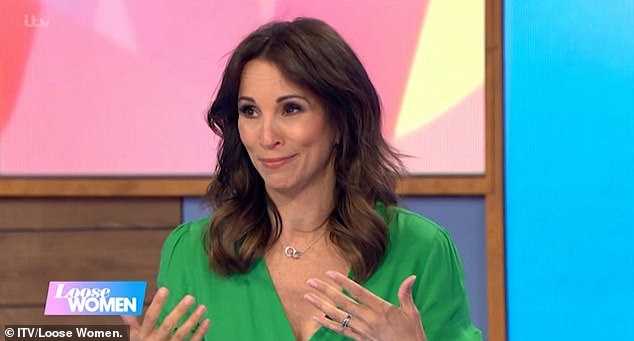 Andrea McLean, pictured on today’s show, explained that the service had different break up packages 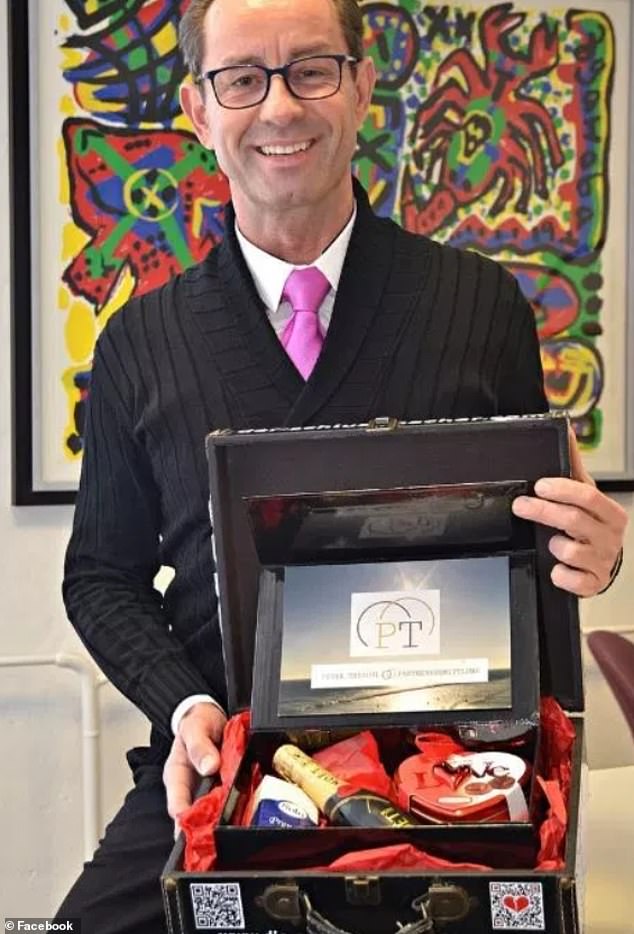 Peter Treichl (pictured) from Austria, charges up to £1700 to turn up on your partners door and dump them in person

Andrea explained more about the service: ‘This guy will knock on your door and say “this is a message from your partner – they don’t want to date you anymore,” and that’s not just it he will leave you with a break up box – which involve prosecco, chocolate and tissues.’

However Jane wasn’t happy and said: ‘How cowardly do you have to be to send someone else round, why not just send them an email or a letter, or a text – why send someone they have never met before to dump them?’

With Kaye admitting: ‘I find that quite horrific.’

Andrea when on to say: ‘What’s more horrific is that they have different packages – they have the on the spot package, the lets be friends package, the yellow card package, which is just a warning, 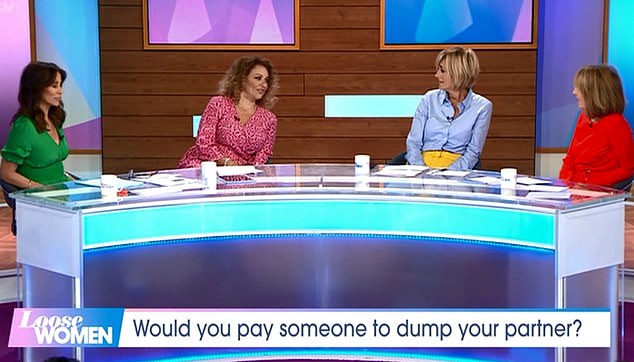 The presenters on Loose Women were left appalled by the idea of the break up service, with Jane Moore (second left) saying that it’s a cowardly act 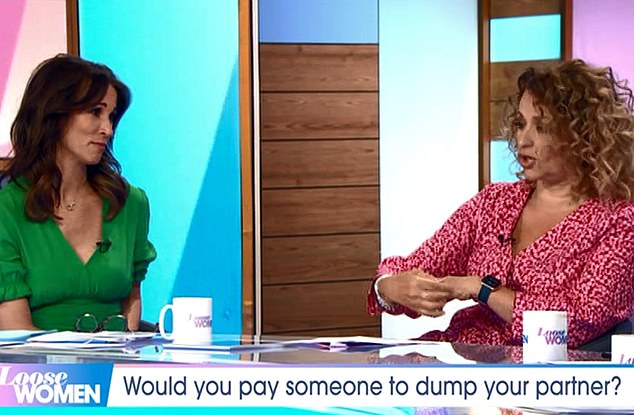 She also revealed that they have the luxury break up package, which is unlimited depending on what you want to do, quoting Peter Andrea said: ‘”People can be very inventive especially when they’re annoyed – one client turned a break up with their wife into a three week affair.”‘

Kaye Adams said: ‘What are we doing outsourcing our emotions?’

While Nadia admitted: ‘I wish he’d been around a few years ago – obviously you’re both morally right, but I had to do this for my sister and I’m annoyed I didn’t charge for it.’

Fans of the show agreed with the women, with one saying even being dumped by text would be better 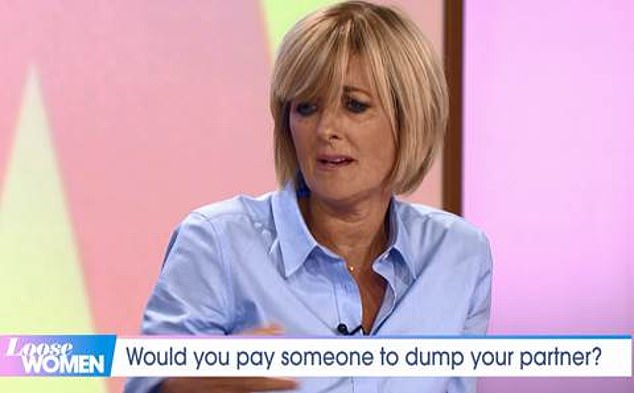 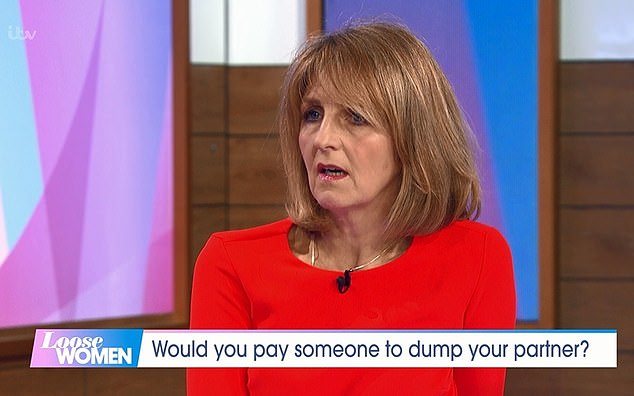 However Nadia admitted that she wouldn’t do the breaking up for someone now. She also revealed that Peter even uses the break ups as a chance to promote his dating service: ‘The package involves a voucher for his dating service’. While Kaye went on to brand Peter as ‘sick’.

Fans of the show agreed with the women, with one saying: ‘What happened to a good old dumping by text?’ and another joked: ‘Imagine being dumped by Nadia.’

Peter spoke to Vice last month about his service, admitting: ‘The actual break-up is over pretty quickly. I turn up at their door, ring the bell and say something like, “Hi, I’m here with a message from your wife: You’re not together anymore.”

‘Some targets just laugh when I tell them, while others think there’s a hidden camera somewhere. But eventually, they all realise that it’s really happening.’

He went on to say: ‘The busiest time of the year is during the Christmas period; just after the holidays is when the most splits happen. You spend too much time together so you argue a lot, expectations aren’t met and that causes a lot of stress. I once had seven dumpings in three days.’