Editors note: The death of Mahsa Amini earlier this month after being detained by Iran’s morality police for allegedly not wearing her hijab according to official dictates has sparked outrage and protests within the Islamic Republic and around the world, with Global Day of Action for Iran set for Saturday with rallies around the globe (more information below). Currently seen as one of the stars of Prime Video’s The Lord of the Rings: The Rings of Power, Iran-born actress and Amnesty International UK ambassador Nazanin Boniadi reflects on Amini’s tragic death and the potentially pivotal time for her homeland.

Two months ago, in San Diego Comic-Con’s Hall H, I dedicated my The Lord of the Rings: The Rings of Power character Bronwyn to the brave women of my homeland Iran, who have been at the forefront of the fight for freedom for more than four decades. Little did I know in that moment how significant those words would be today.

By now, most of you have heard of the name Mahsa “Zhina” Amini, the 22-year-old Iranian Kurdish woman who was arrested on September 13 by Iran’s “morality police” for violating the country’s draconian dress code for women, and who entered a coma and died just three days later while in custody. Mahsa’s family — who have said she had no pre-existing health conditions — were denied access to her medical records. When her father visited the coroner’s office, her body was fully covered and he could only see a glimpse of her leg, which was bruised. Other women who were arrested with Mahsa have provided witness testimony that she pleaded with the police to show mercy as they beat her inside the patrol van.

And one only need watch the countless videos from Iran of peaceful protesters being beaten, to understand the brutality the security forces are capable of. The regime is rounding up the likes of singer Shervin Hajipour, star soccer player Hossein Mahini and others for speaking out. More than 70 protesters have reportedly been killed since protests started on September 16, including women and children, and hundreds more injured by security forces. Iranian authorities have reported at least 1,200 arrests during the protests including prominent activists and journalists.

The image of Mahsa in a coma in a hospital bed went viral online and across social media. And the hashtag #MahsaAmini was shared globally more than 150 million times — almost double the population of Iran. It is of little surprise that the Iranian authorities have felt so threatened by this movement that they have once again disrupted the internet in Iran to stop people from organizing and to be able to crack down on protests with impunity.

What we have witnessed in the two weeks since Mahsa’s untimely death, is nothing short of the first female-led revolution of our time. Iranian women caused a paradigm shift as they took to the streets to burn their compulsory hijabs and cut off their hair in protest, while men joined them en force. As have several high profile Iranian athletes, actors and filmmakers. Celebrated Iranian actress Katayoun Riahi courageously gave an interview from Iran without her mandatory headscarf, in solidarity with Mahsa. She said that “people are no longer afraid of prison because Iran has become a prison itself.”

As women in the U.S. are experiencing the reversal of hard won gains in bodily autonomy, Mahsa’s fate reminds us to stay vigilant and never take our freedoms for granted. She forced the world to reckon with our complacency in protecting the rights of women, but as protesters started chanting “Woman! Life! Freedom!” — the antithesis of the anti-woman, pro-martyrdom regime that crushes their liberties — slogans started to include “death to the dictator,” and it became increasingly obvious that their demands were not only about compulsory clothing regulations, but for an end to the entire theocratic system. And Iranian men have responded in kind, with their own rhythmic slogan “Man! Motherland! Liberty!” — a unity that is striking fear in the heart of a system built on the oppression and segregation of women. It is an undeniable fact that any government that is anti-woman is anti-human.

Since the inception of the Islamic Republic in 1979, women in Iran have not only been fighting against compulsory hijab but also for their right to choose what they can study and what jobs they can hold. Women are forbidden from becoming judges and from holding the highest political positions in the country. There are no laws that protect women from domestic or gender-based violence.

The bitter reality is that the Islamic Republic has become an apartheid state for women, who are segregated from men in the workplace, in classrooms, and at beaches; are banned from attending sports arenas, riding bicycles, and singing solo in public; and have to sit at the back of the bus.

To negate these as “cultural differences” dismisses the countless Iranian women who are risking everything for their basic rights. It is offensive, and more importantly it is a dangerously false narrative designed to protect the existing systems of patriarchal misogyny within such counties. Cultural norms do not need to be enforced by threat of death.

It’s hard to believe that this is the same country in which women won the right to vote eight years before women in Switzerland and that once boasted a lauded national ballet company.

Perhaps it is precisely the understanding of the fragility of our freedoms that has galvanized the world around Mahsa and the plight of women in Iran. Not since the anti-apartheid movement of South Africa have we seen this level of global attention to the fight to end any kind of segregation anywhere.

But how do we — the creative community — turn our outrage into meaningful action and prevent the Iranian authorities from crushing yet another uprising? One way is to use our profile and platforms to spotlight the injustice, like we did in this video released today featuring Oscar winners Olivia Colman and Ariana DeBose, Succession‘s Brian Cox, Kate Beckinsale, Julia Louis-Dreyfus, The Handmaid’s Tale’s Bradley Whitford and more.

There is a lesson to be learned from Alfre Woodard, Danny Glover, Blair Underwood and several other longtime anti-apartheid activists in the creative community, who in 1989 founded Artists for a Free South Africa and were pivotal in helping turn the tide of apartheid. They successfully used their platforms to attract media attention, mobilize people to support the struggle, and created transnational networks. And that’s exactly what we need for Iran right now. Here’s how you can help:

1. Since there are no domestic avenues for justice in Iran, Amnesty International has launched a global action calling on people across the world to sign a petition targeting UN member states, asking them to urgently set up an independent UN mechanism to investigate and ensure accountability for the most serious crimes under international law committed in Iran. We are also calling on people to target their home government’s ministry of foreign affairs to support the establishment of this investigative mechanism.

2. We need the world to send a strong message to the Iranian authorities that their crimes will not remain uninvestigated and unpunished. Please continue to amplify the voices of the Iranian people on social media by following and sharing information from credible activists and organizations. Please use the correct hashtags in these posts: #MahsaAmini and #IranProtests. The Islamic Republic cyber army has been busy trying to disrupt the momentum by introducing the wrong spellings for these hashtags.

3. Show up to protests and network with Iranian activists for strategic actions, like making informative videos.

As creatives, we rely heavily on the freedom of expression in our work, so we must do everything we can to protect it wherever it is violated. Artists have a unique ability to reach the masses and impact substantive change, which is perhaps why the silencing of artists has become a hallmark of oppressive states like the Islamic Republic. We owe it to our counterparts in Iran to stand with them as they fight for their most basic rights.

More information on the Global Day of Action for Iran can be found here. 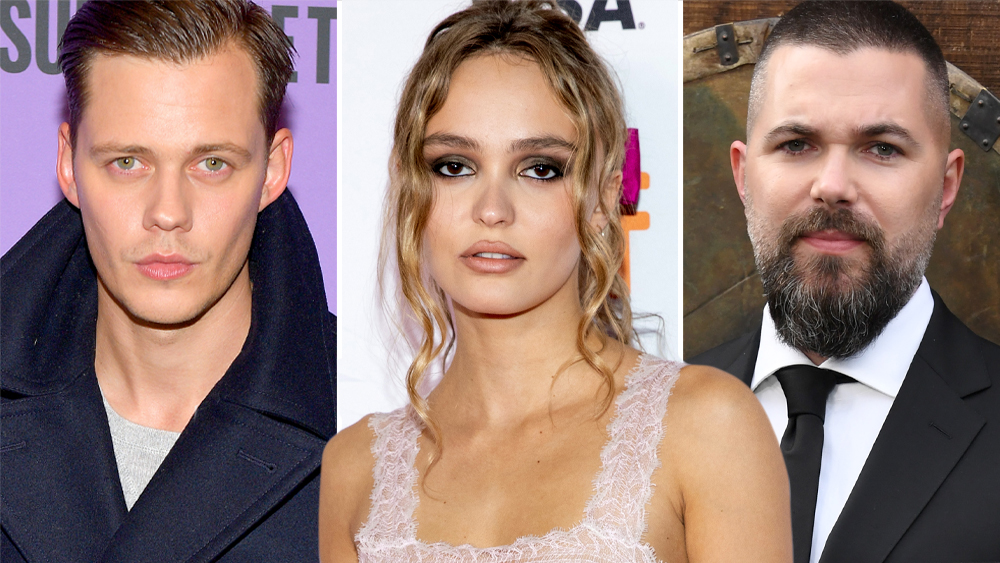