Best star snaps of the week: The famous have fun with their families

Madonna and boyfriend Ahlamalik Williams, 27, take in Italy with her kids

Madonna made quite the statement at the premiere of her “Madame X” concert documentary in New York on Thursday, dressed in a plunging black bustier, high-slit miniskirt, fishnets, sheer fingerless gloves and two particularly wild pieces of jewelry.

In addition to a sparkling silver tiara that spelled out “F—k You” atop her head, the 63-year-old Queen of Pop also wore a gold-and-diamond nameplate necklace that read, “Trust no bitch.”

She layered the latter piece with a blinged-out cross pendant and several colorful beaded necklaces from Maison Emerald, including the aptly named “Lucky Star” chain and a smiley-face choker. 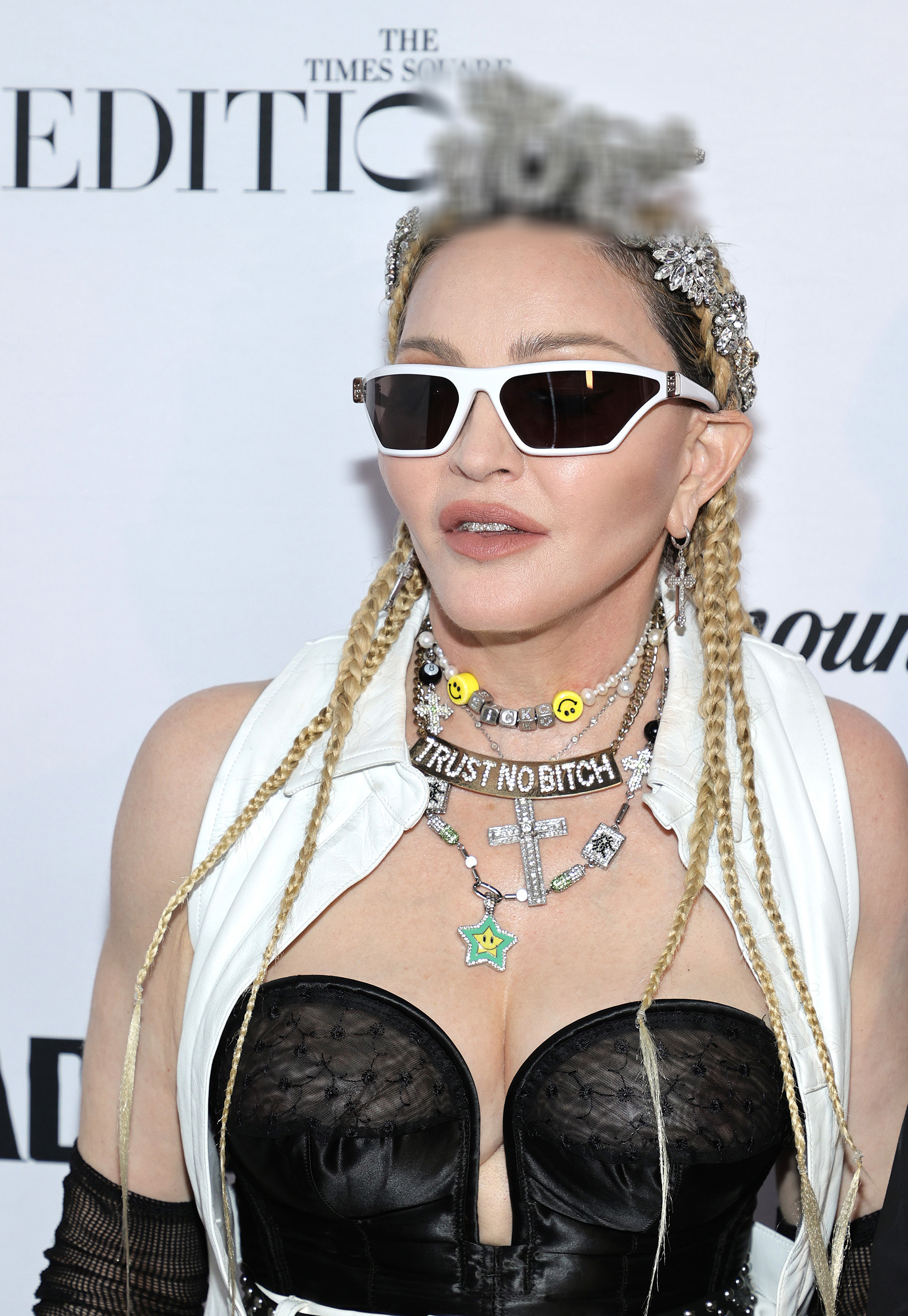 The Material Girl’s long had a thing for outré headwear, having recently celebrated her birthday in an elaborate 3-pound headpiece by Rinaldy Yunardi that framed her famous face with gold spikes and Swarovski crystals.

“The design was inspired by Madonna’s personality,” Yunardi told Page Six Style at the time. “As she has always been a risk-taker and innovator, the halo around her head was used to signify brilliance.” 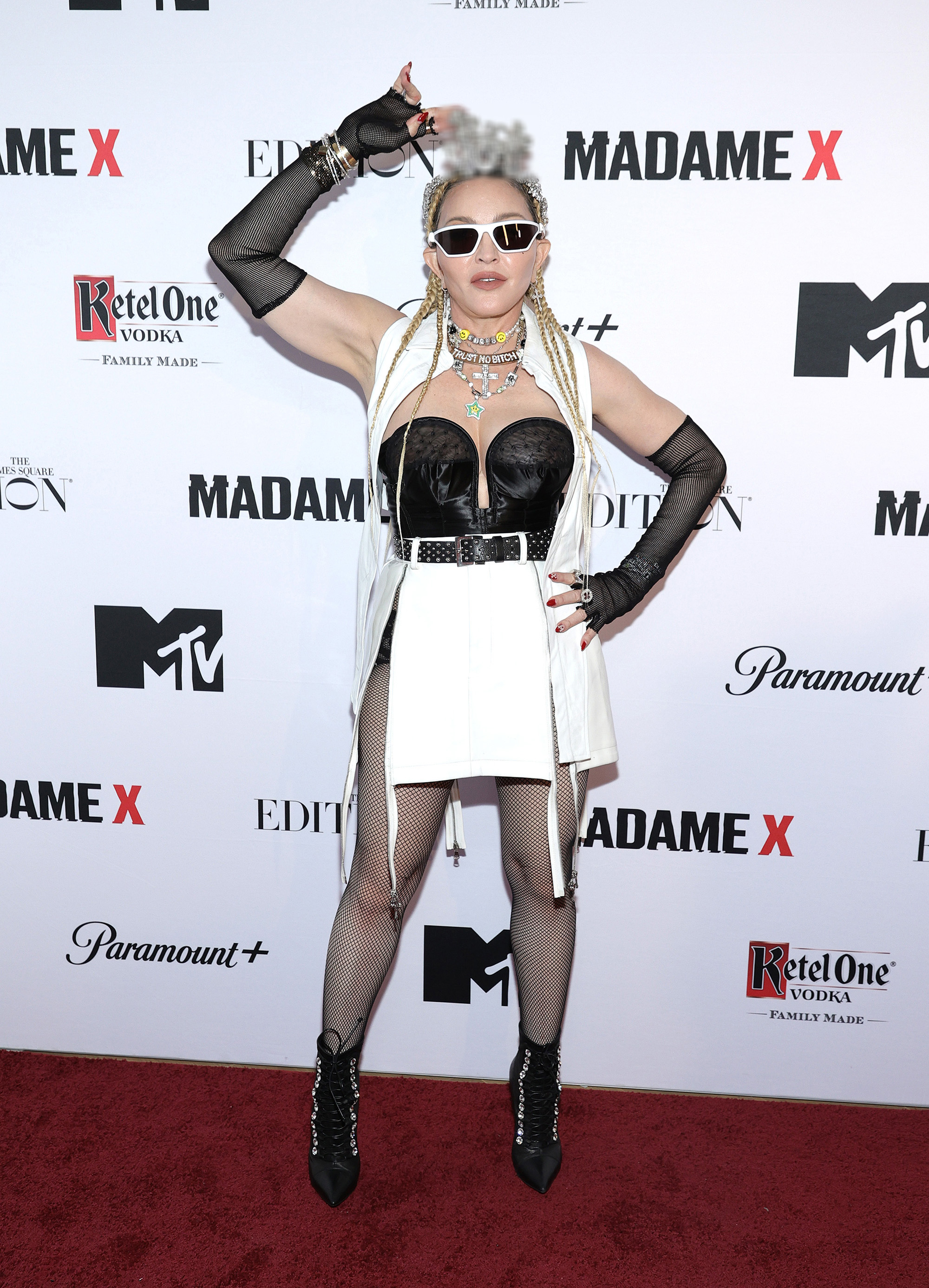 Madonna’s boyfriend, Ahlamalik Williams, was also in attendance — as were her sons Rocco Ritchie, 21, and David Banda, 16.

The “Madame X” concert film hits Paramount+ on October 8, and will include behind-the-scenes footage of Madonna’s latest tour as her secret agent persona. 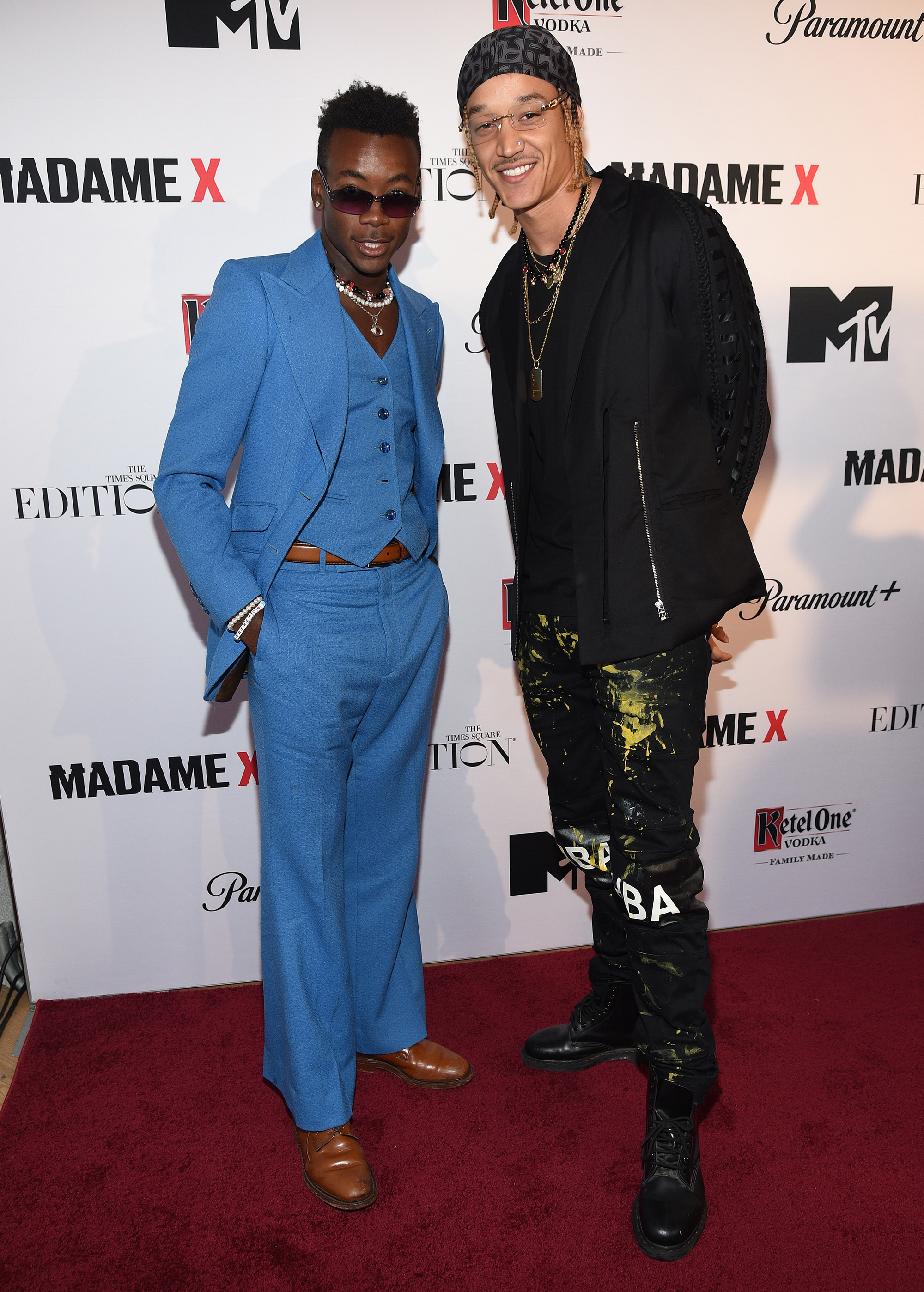