An earthquake rattled the western part of Nevada early Friday morning, the U.S. Geological Survey reported. The magnitude 5.5 quake struck at 1:13 a.m. and was centered about 21 miles southeast of Mina, a town of about 155, at a depth of 3.73 miles, the USGS said.

People reported feeling it across desert communities in western Nevada and in California’s Sierra mountains, but there were no immediate reports of damage.

The USGS reported several more earthquakes, ranging in magnitude from 2.5 to 4.4, in the same area within the next half-hour. 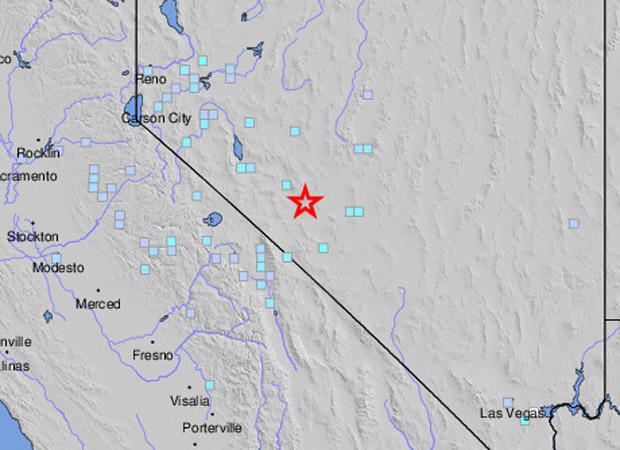 Just seconds after the 5.5 quake, the USGS reported a magnitude 5.2 earthquake in California, but the agency soon deleted that tweet.

The Nevada temblor comes six months after a magnitude 6.5 earthquake struck a remote area of the state. That early-morning earthquake was felt in neighboring states.

This is a developing story and will be updated.