Things got heated between Margaret Josephs and Jennifer Aydin on the March 31 episode of ‘RHONJ,’ and some fighting words were thrown out.

A major fight broke out between Margaret Josephs and Jennifer Aydin on this week’s The Real Housewives of New Jersey. The drama started over lunch at Melissa Gorga’s beach house. Jennifer made a comment about how Margaret and her husband, Joe Benigno, seemed to be getting along better after having a fight the previous night. Margaret wasn’t thrilled that Jennifer was commenting on her relationship, so she decided to throw her two cents in about Jennifer’s marriage.

“I thought the way you treated your husband last night was embarrassing,” Jennifer said. “You talked so down to him.” At that point, Margaret got going. “Let me f***ing tell you something,” she told Jennifer. “Don’t ever get between myself and my husband. You embarrass your entire family! I think you are a sloppy drunk. If that’s the way you want to behave, and you think that’s upstanding behavior….” 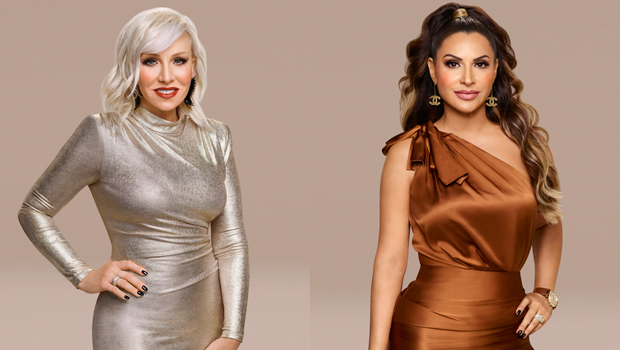 Jennifer then decided to point out one of Margaret’s past actions that she thought was ‘sloppy.’ “You’ve told us sloppy moments you’ve had, too. You slept with your boss!” she said. In a confessional, Margaret clarified that she most definitely did not consider that a ‘sloppy’ moment in her life. “Sleeping with my boss wasn’t a sloppy moment,” she insisted. “It was an older man in a position of power, taking advantage of me, a young girl.”

As the war of words escalated, Margaret attacked Jennifer’s marriage. “You know why you never fight with your husband?” Margaret asked. “Because he’s your f***ing meal ticket for your whole f***ing family!” Margaret got so fed up at that point, that she stormed off, and was followed by Melissa Gorga and Jackie Goldschneider, where she continued her rant. 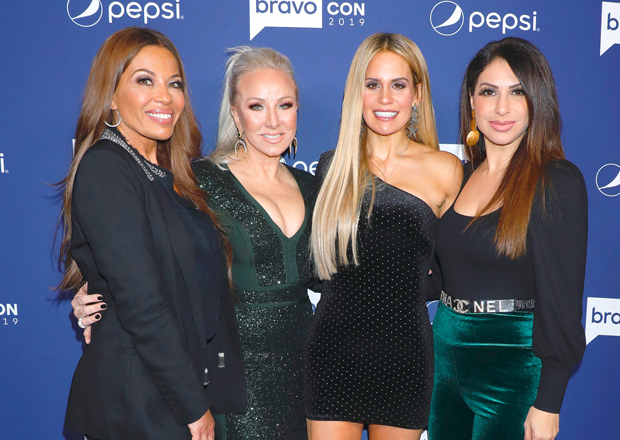 “She said she would never speak to her husband like that? Of course not, he’s your f***ing sugar daddy!” Margaret added. “You’re going to tolerate any f***ing bulls***. You’re gonna stay home and be a f***ing concubine!” A concubine is “a woman with whom a man cohabits without being married, such as a mistress, or one having recognized social status in a household below that of a wife,” according to the Merriam-Webster dictionary.

Back at the table, Jennifer was fuming over Margaret calling her a sloppy drunk. “I’m a social drinker, okay, I am not an alcoholic,” she said. “Don’t project what you went through with your mother on me.” The episode ended with both women continuing to rant about one another to different cast members, and the feud is most definitely not over!