Why Kylie Jenner did not attend VMAs 2021 with Travis Scott

Megan Fox is turning up the heat with Machine Gun Kelly yet another notch.

The “Transformers” star, 35, shared a steamy message about the “Bloody Valentine” singer, 31, on Instagram as they attended Sunday’s 2021 MTV Video Music Awards together.

One fan commented, “we not gonna talk abt the caption ? ok then.”

Another chimed in, “Your outfit should win a VMA 😍😍😍.”

Kelly, whose real name is Colson Baker, was nominated for Best Alternative for “My Ex’s Best Friend.”

He was also on hand to perform his new song “Papercuts” with Travis Barker, who made his red carpet debut with girlfriend Kourtney Kardashian ahead of the collaborators’ onstage jam session.

Fox and Kelly, who have a penchant for calling themselves “twin flames,” wore complementary — and daring — looks for Sunday’s ceremony.

The actress rocked a sheer Mugler gown with crystals and a nude corset bra, while MGK wore a red Dolce & Gabbana suit and face pearls. 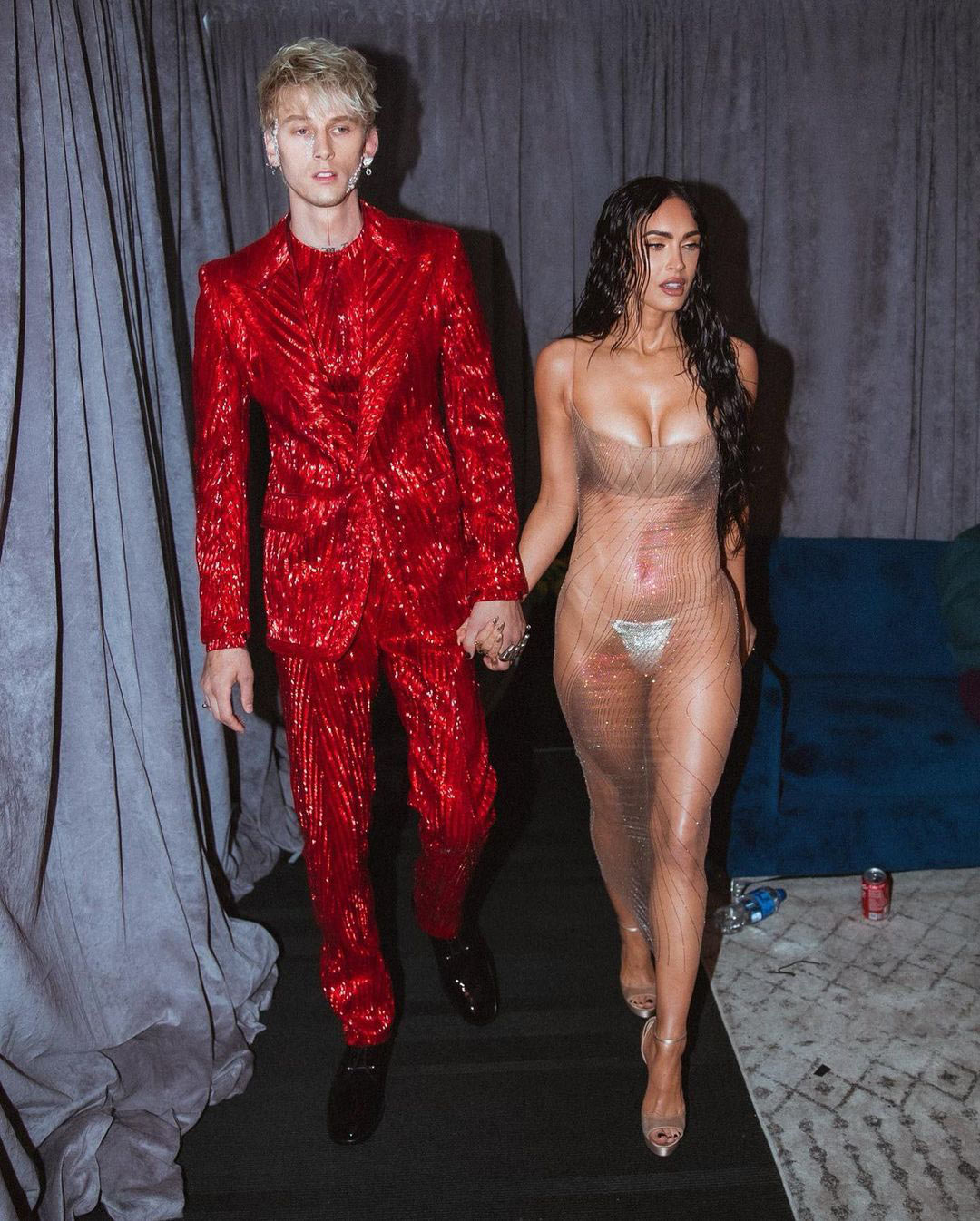 Of course, the PDA-loving couple did not shy away from showing each other love in front of photographers.

The rapper also wasn’t shy when it came to taking on Conor McGregor on the red carpet.

Kelly was caught being pulled away from the UFC champ, 33, after an altercation.

“They scuffled then it settled down and Conor went for him again,” a source exclusively told Page Six.

We were also told that the photographers “weren’t happy” about the situation and were “saying they were going to boycott Conor because they were worried MGK and Megan wouldn’t walk.”

A separate source told us that security had to get involved and “everyone was screaming.”

“[McGregor] was ready to throw fists,” the second source said. “Security was having trouble holding him back.”

However, McGregor’s rep denied any altercation took place, telling us that “Conor only fights fighters.”