Home » Meghan Markle and Prince Harry Might Be 'Ditched' From the Royal Family, Royal Biographer Says

Prince Charles may someday slim down the British royal family. The Prince of Wales, who is first in the line of succession, might even remove his son, Prince Harry, Duke of Sussex, and daughter-in-law, Meghan, Duchess of Sussex, according to a royal biographer.

The Sussexes announced they’d be stepping down as senior members of the royal family in January 2020. They officially ended their time as “working royals” in spring 2020.

The couple later bought a multi-million dollar mansion in Montecito, California. They currently live there with their son, Archie Harrison Mountbatten-Windsor, and have another child (a baby girl) on the way.

Since stepping down, Meghan and Harry have inked lucrative deals with Netflix and Spotify. Harry has a new job with a mental health startup company called BetterUp. Meanwhile, the couple’s bombshell Oprah interview in March 2021 made it clear they have no intention of returning to life as senior royals. 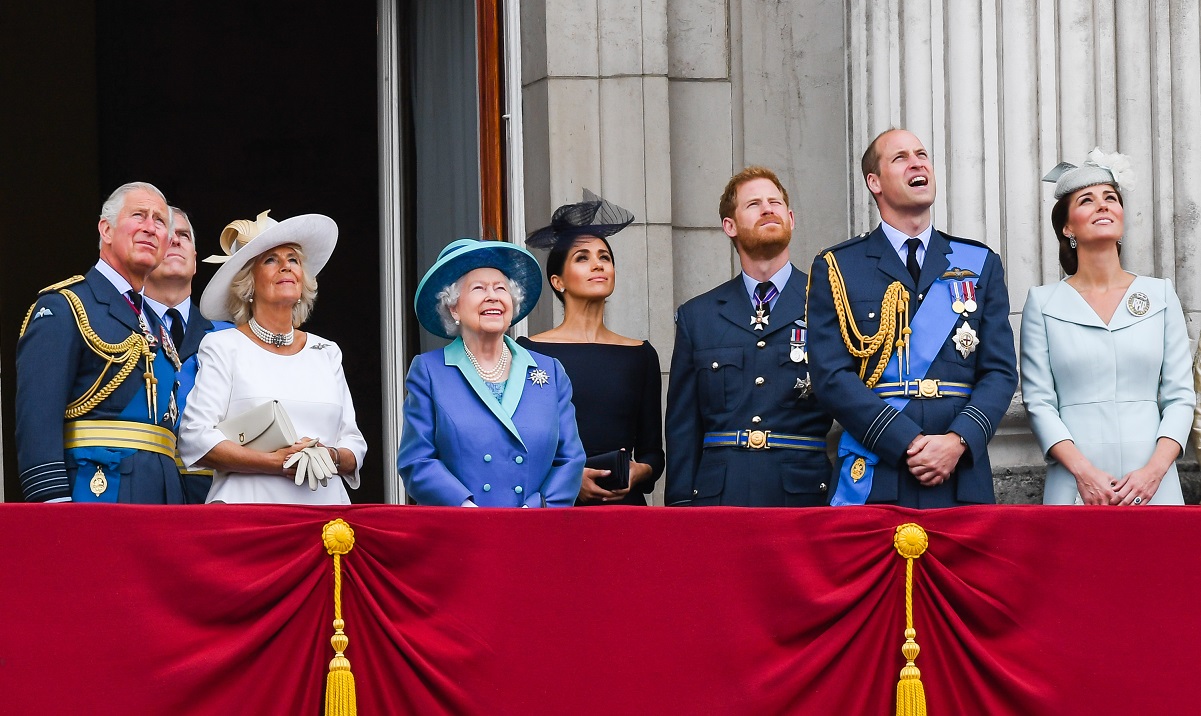 The death of Prince Philip, Duke of Edinburgh in April 2021 has left many people wondering about the future of the monarchy. Will Prince Charles step aside to let his oldest son, Prince William, Duke of Cambridge be king? What will happen when Queen Elizabeth II dies?

Royal biographer Angela Levin told talkRADIO, according to The Irish Sun, that Charles has plans to “cut the monarchy down” to save money.

“Prince Charles has wanted for a very long time to cut the monarchy down to save costs and to make people be worth the money that they got from the taxpayer,” she said. “I imagine that might be when Harry and Meghan are ditched from being members of the royal family.”

If and when the Sussexes are no longer members of the royal family their lives wouldn’t be too different from how they are now. Meghan and Harry would likely continue with their charity work and raising their family. They may show up at a few royal events every year but for the most part, they’d likely live out of the spotlight.

When would this possible downsizing of the royal family take place? Not until the queen’s death. According to Levin, the 95-year-old’s the one keeping the family how it is.

“I think the outer edge, which the Queen has wanted to keep together for a very long time for sentimental reasons, which at her age she didn’t really particularly want change which I think is understandable,” she said.

Whereas Charles “wants to change and I think he will do that.”

What will the future of the British royal family look like? Don’t expect to see a group of royals waving to crowds at Trooping the Colour.

“You’re not going to get a situation on the balcony at Buckingham Palace, where people are pushing and shoving for a place,” Andrew Morton, a royal author, told The New York Times in April 2021. “It’s going to be down to just a handful of people.”