Mother, 50, reveals she’s been left scarred for life after her ex-husband beat her with an iron bar and set her alight when she found a new partner

A woman has revealed how her ex-husband left her close to death after beating her with an iron bar and setting her on fire.

Miraculously, Brenda Welch, from Lake Stevens, Washington, survived but suffered a fractured skull and 23 percent burns to her body.

Thankfully, Morgan was found guilty of attempted murder, assault and arson and jailed for 21 years.

Now, the mother-of-three is scarred for life and wants to raise awareness of domestic violence. 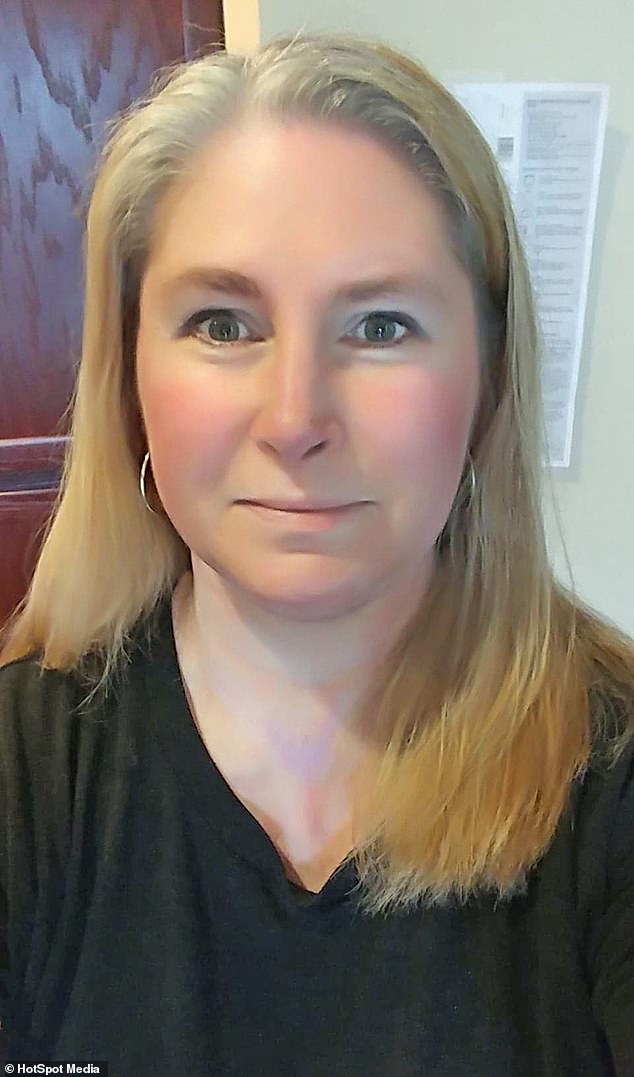 Brenda Welch, 50, from Lake Stevens, Washington, pictured now, miraculously survived a horrific attack by her ex-husband, who beat her with an iron bar and set her alight 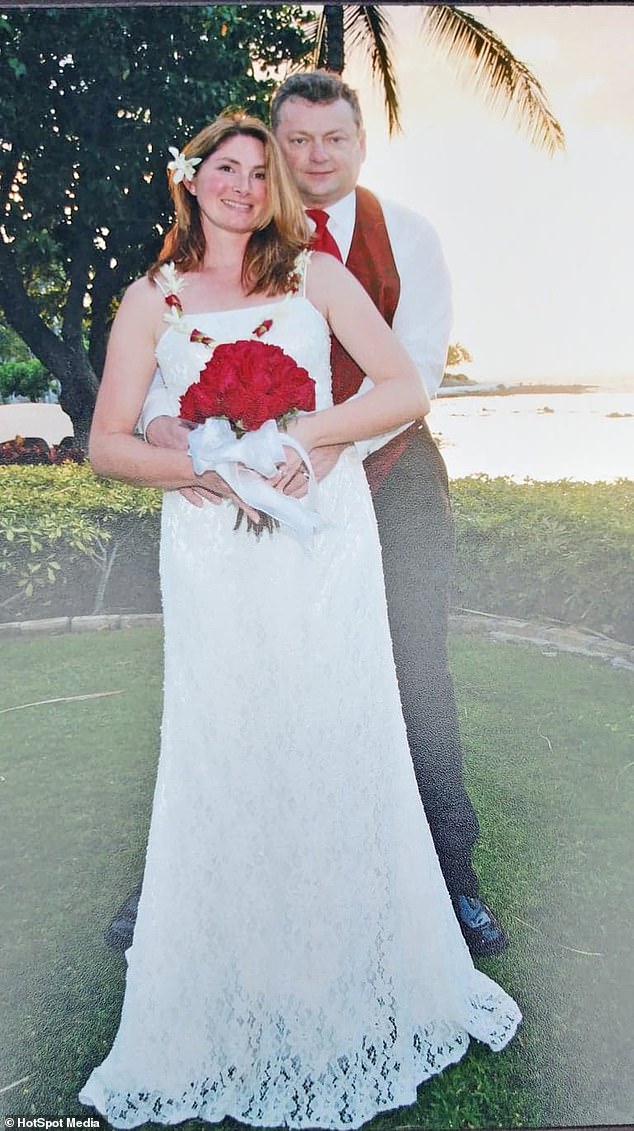 Brenda pictured with her ex husband, David Morgan on their wedding day in Hawaii in 2006. They first met when she was a nanny to his children, but didn’t become a couple until 10 years later

Brenda, a teacher, said: ‘I regret staying in a bad marriage with David and urge other victims to get out of controlling relationships as soon as they can.

‘I was lucky to have survived the attack. I just hope my story is a warning to others.’

Brenda first met Morgan in 1994 when she worked as a nanny to his son from his first marriage.

But it wasn’t until a decade later that the pair began dating. 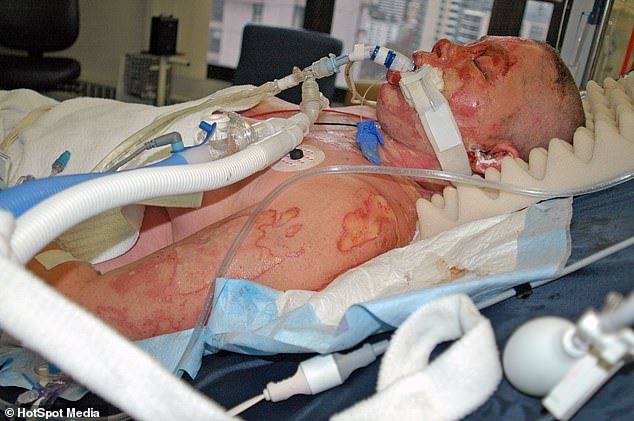 Brenda Welch in 2014 pictured in hospital in a coma after her ex husband beat her and set her on fire, leaving her with a fractured skull and 23 per cent burns

She says: ‘At first he was a loving partner and stepdad to my two daughters. But over the years he became controlling.’

Brenda fell pregnant in October 2006 and the couple married two months later in December 2006, but back at home, things didn’t improve.

‘David refused to attend the girls’ parents’ evenings and would snap at them over the smallest things,’ Brenda recalled.

And when their daughter, Kylie, now 13, was born Morgan wasn’t the doting dad. 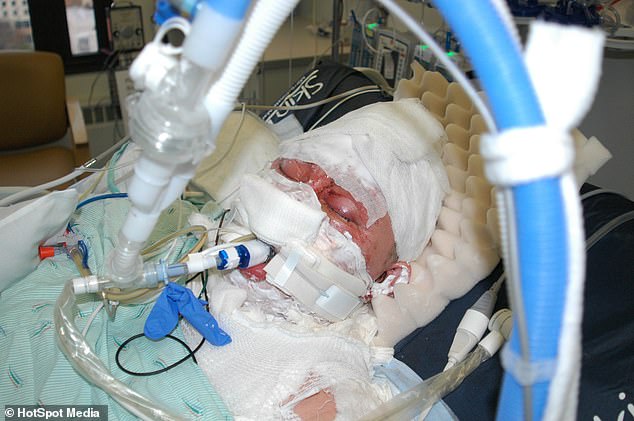 Brenda’s left eye socket had also been crushed during the horrific attack, and her face had to be reconstructed while she was in a coma

Brenda says: ‘While I cared for our newborn and worked part-time as a cleaner, he watched TV all day and didn’t lift a finger.

‘I was expected to cook, clean and take care of Kylie all by myself.

‘Over the years he made me feel trapped and worthless.’

In June 2013, Brenda was at breaking point, and so she devised a plan. 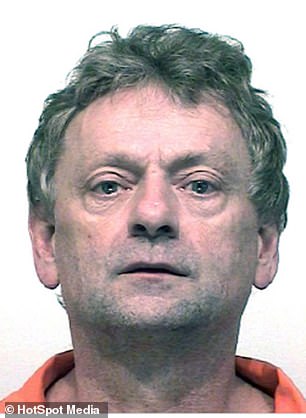 In April 2016, David Morgan appeared in court, claiming that an intruder had attacked Brenda and that he’d save her. However, he was found guilty and jailed for 21 years for attempted murder, assault and arson

She said: ‘My parents lent me some money to rent an apartment and one day while David was at work, I packed up my things.

‘Afterwards, I picked Kylie up from school and didn’t look back.’

The next night, Morgan bombarded Brenda with calls and texts saying she’d regret leaving him.

Soon after, she began divorce proceedings.

Eventually Brenda landed a job as a nanny and life looked brighter.

The following year, in January 2014, Brenda met a new man and they started a relationship.

‘I told him all about my nightmare marriage to David and he was really supportive,’ she explained. ‘Eventually we moved in together.’

A few months later, In November 2014, Brenda left home to collect her daughter Kylie from Morgan’s.

She says: ‘As I headed out the door, I got a text from David. It said, “Come alone”.

‘I thought it was odd because I always picked Kylie up on my own.’

When Brenda arrived David instructed her to enter the house through the garage. Then everything went black. 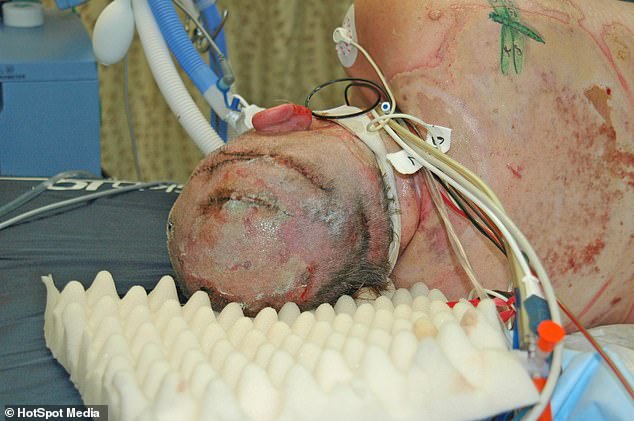 When Brenda looked in the mirror for the first time after the attack, she was unrecognizable with a buzz cut and staples running along her head

She says: ‘The next thing I remember was waking up in the hospital surrounded by machines. My body throbbed in pain.

‘I felt like I was on fire. I had a tube down my throat and couldn’t speak.’

A consultant explained how she’d suffered 23 percent burns to her body and that her skull had been fractured.

Her left eye socket had also been crushed.

He explained how they’d reconstructed her face while she was in a coma. 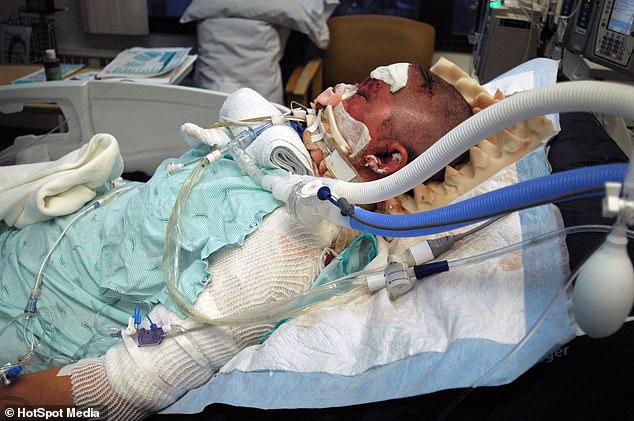 The mother-of-three is scarred for life and wants to raise awareness of domestic violence, after her ex-husband’s attack left her in a coma

Brenda says: ‘I looked down and saw my skin was charred. I was completely overwhelmed.’

A week later, the tube was dislodged from Brenda’s throat and her then partner informed her that Morgan was responsible and had been arrested.

Later that day Brenda looked in the mirror for the first time.

She continues: ‘I had a buzz cut with staples running along my head. I was unrecognizable.’ 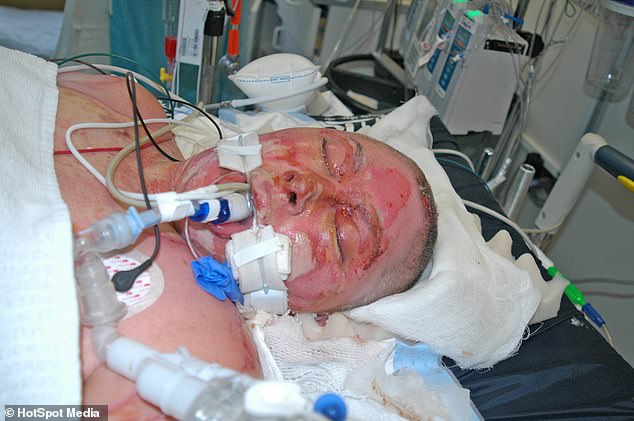 After the attack, everything went blank and Brenda’s next memory was waking up in the hospital surrounded by machines and tubes and feeling intense pain throughout her body 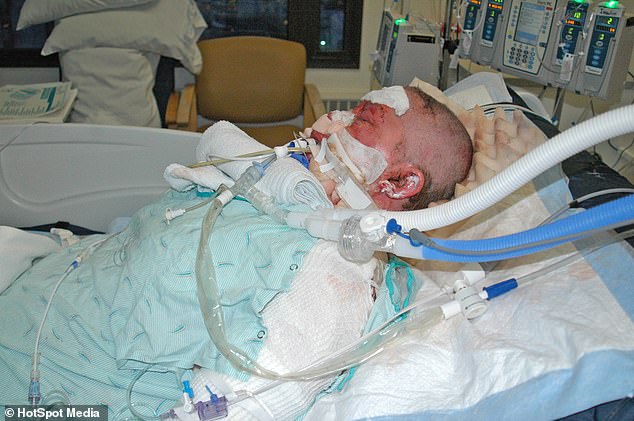 After seven weeks, Brenda was discharged.

As the prosecution built their case against Morgan, Brenda endured two years of physical and neurological therapy. She had to learn to feed herself again too.

Brenda says: ‘During the trial, I discovered that firefighters had found me in a pool of blood on fire inside David’s garage. They said I reeked of gasoline.

‘Disgustingly, David claimed it was an intruder who attacked me and he had saved me. 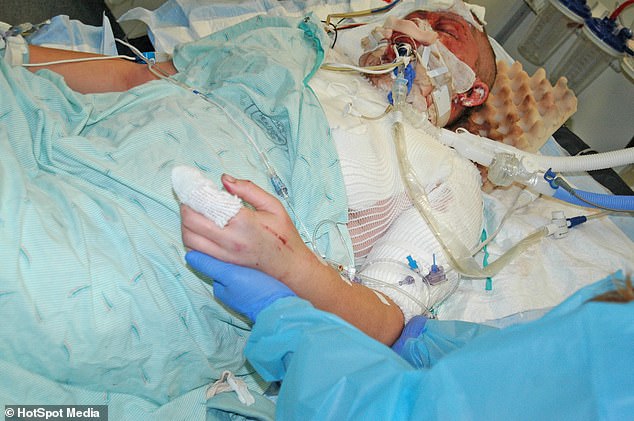 The mother-of-three, pictured while in a coma in hospital, has been left with short-term memory loss and deafness in her right ear as a result of the horrifying attack

‘Thankfully the jury saw through his lies and he was found guilty.’

Morgan was jailed for 21 years for attempted murder, assault and arson.

Brenda says: ‘Now I suffer with short-term memory loss and am deaf in my right ear.

‘Please, if you’re in an abusive relationship, get out before it’s too late.’