AS parents Louise and Matt Fox sat across from their 12-year-old son George, enjoying a Burger King lunch, they knew their lives would never be the same again.

George had just been diagnosed with a highly aggressive brain tumour and his heartbroken parents were told he had just 12-15 months to live. 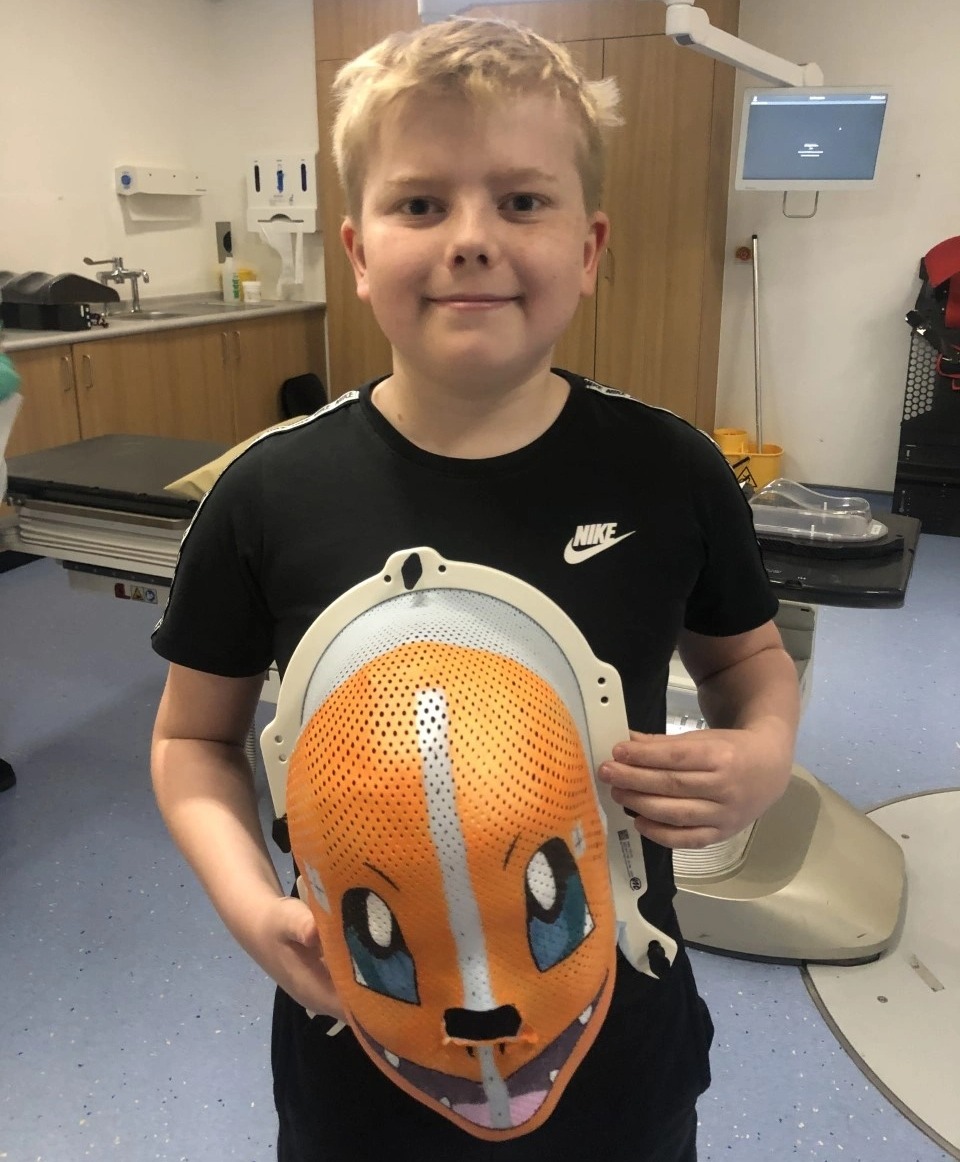 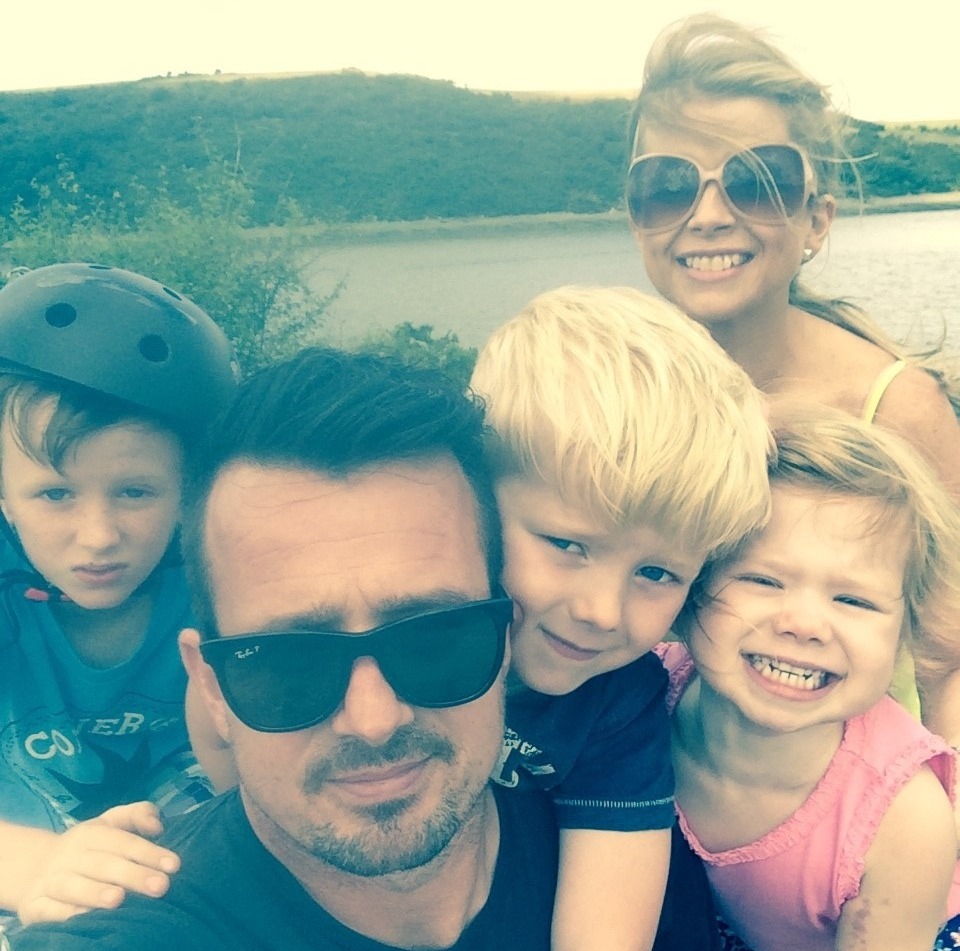 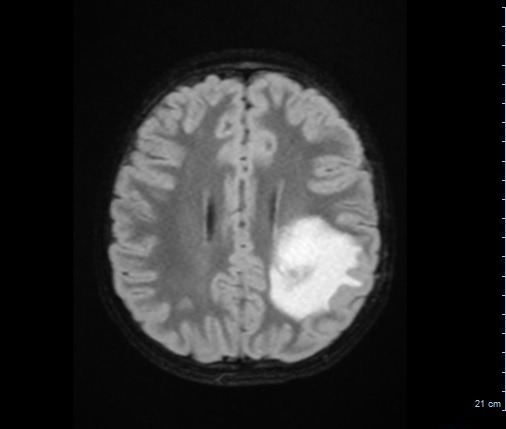 The two devoted parents had been trying to process the conversation they had just had with their son’s doctors.

The couple had previously been told that their son ‘definitely didn’t have a brain tumour’ and had been left ‘broken’ by the news that he in fact was suffering from glioblastoma.

Mum Louise, 47 from Barton-le-Clay, Bedfordshire was left gasping for breath when the doctors sat the family down to give them the news.

The Avon training manager said: “Our world fell apart when the oncologist told us that he had bad news – our beautiful boy had incurable brain cancer.

“We were told not to waste time looking for a cure as there wasn’t one and to enjoy what time we had left with George – we weren’t given one grain of hope.

“I was gasping and couldn’t breathe, I was leaning out of the window to get some air and Matt was trying to calm me down but he was in pieces, too.”

The biopsy revealed it was a glioblastoma – the most common aggressive brain cancer in adults but rare in children.

“It is so aggressive that it’s known as the ‘Terminator’ and the pain of being told there is nothing that can be done for our funny, sensitive, bright and kind boy was indescribable,” said Louise.

“We were in a very dark place.”

Now Louise is sharing George’s story during Childhood Cancer Awareness Month (CCAM) to help The Brain Tumour Charity raise awareness about brain tumours – the biggest cancer killer of children and under-40s in the UK and to highlight its HeadSmart campaign.

The family have set up a GoFundMe page to raise £500,000 to get George the treatment he needs in Germany.

George is due to fly out in early October for his first vaccines and then every four-five weeks, and hopefully a clinical trial for the son they call they call Gorgeous George.

Weeks earlier, the family had been hopeful after surgeons removed 99 per cent of their son’s five centimetre tumour. At this point, the family thought George’s tumour was slow-growing and their son had been joking in the recovery room after the 10-hour operation.

Louise added: “We were elated and prayed we were through the other side of the nightmare,” said Louise.

Arsenal fan George was first diagnosed on April 29 and was put on standard care of 30 sessions of radiotherapy alongside chemotherapy.

But before treatment started – George started to suffer with headaches and a CT scan on June 14 revealed that the tumour had grown back to its pre-surgery size.

One doctor told me point-blank, ‘this is not a brain tumour

George then had to have radiotherapy and chemotherapy until July 21. On August 20 a scan revealed that the treatment had shrunk the tumour and George is now having different treatment.

Louise said that she is ‘outraged’ that people spend billions of pounds going to Mars and that kids with brain cancer are told ‘there is no hope of a cure and are given a death sentence’.

The family are raising funds for George and say while they know treatment is experimental, they want to do anything they can to help him.

She added: “While there is breath in my body, I will not give up on my beautiful boy and try to give him as much life as possible.”

George first started suffering with headaches out of the blue in April and Louise said they were much worse in the morning.

“Then he started vomiting, had pins and needles down his right arm and leg and was very drowsy”, she explained.

The family were well aware of the symptoms of a brain tumour after a friend’s son died nine years before.

Over the course of April and May, the family took George to A&E three times, as well as calling the GP twice, the opticians and contacting NHS Direct – each time the pair said they had been concerned about brain tumours.

“One doctor told me point-blank, ‘this is not a brain tumour.’” said Louise.  “We just put our trust in them, like you do, and we wanted to believe George didn’t have anything sinister but, deep down, my instincts told me there was something very wrong.”

Louise’s instincts were confirmed on April 29 at their local hospital when George had an MRI scan.

Matt, 41 had been waiting outside due to Covid restrictions and Louise said she could feel an increasing sense of foreboding when she was told Matt could join them.

“They took us into a side room and we were told that George had a ‘substantial’ brain tumour – we were devastated, it’s every parent’s nightmare.

“We were blue-lighted in an ambulance to Addenbrooke’s Hospital in Cambridge over an hour away.

“George asked the nurses to put our beds as close together as possible and we rolled up blankets along the gap. We held hands and just tried to keep each other as happy as we could.”

On May 6 George had his operation and was in theatre for 10 hours, after being told it would take just six.

“Matt and I just held hands and walked round and round the outside of the hospital building in the sunshine and then the pouring rain, praying that our boy would make it through surgery and wake up the boy we knew”, Louise said.

Finally the couple could finally see George in recovery and they were instantly reassured when he was trying to make them laugh saying silly things.

He had one night in intensive care and was sent to the children’s ward before coming home four days later. The family thought that this was a great sign and they felt positive when the hospital called them to come in on May 19.

Alarm bells rang when George was asked to stay outside while the doctors spoke to his parents.

The specialists told them that George had a glioblastoma and had 12-15 months to live.

What is a glioblastoma and what are the most typical symptoms of brain tumours in young people?

GLIOBLASTOMA is a cancerous brain tumour that are fast-growing and very likely to spread.

They are grade four, meaning they are an aggressive growing tumour.

There is nothing you can do to prevent developing this type of brain tumour, the cause of which is not known.

Typically, patients are operated on to remove as much of the tumour as possible, before chemo and radiotherapy.

But, glioblastoma are hard to treat because they have threadlike tendrils that extend into other parts of the brain making it difficult to remove all of the growth.

Unfortunately, this type of brain tumour are so aggressive they often prove resistant to treatment.

The most typical symptoms of brain tumours in children and young people include:

“I felt utterly broken and George was texting and ringing me from the waiting room saying ‘I’m scared. What’s going on? I want to come in,’” said Louise.

“When we let him into the room, he said he was scared as it looked like I’d been crying.”

The couple have told George that he has cancer but not his prognosis. “He just knows that he needs more treatment and that it will be abroad,” said Louise.

“When he asked me, “am I dying?’ I didn’t want to lie to him so I said, ‘We’re all dying and we’re going to get you the best treatment that we can.’”

George’s diagnosis has had a huge impact on his brother Jamie, a 17-year-old apprentice plumber, and sister, Issy, 11.

The family are now trying to make memories and want to cherish every single second of George’s life and are planning trips to Euro Disney, a Disney Cruise, Legoland outings and family days.

Dr David Jenkinson, The Brain Tumour Charity’s interim CEO, said: “Our hearts go out to George and his family as they navigate his diagnosis and treatment, and we are incredibly grateful to Louise for sharing her son’s story to raise awareness and support our HeadSmart campaign.

“Brain tumours are the leading cause of childhood cancer deaths in the UK. Our HeadSmart campaign to raise awareness about the symptoms of children’s brain tumours has two aims: to help save lives and lower the chance of long-term disabilities by bringing down diagnosis times.

“A key part of that is to support parents, carers and healthcare professionals to be aware of the possible warning signs of children’s brain tumours which, as with George’s headaches, can easily be mistaken for other problems that typically affect children.

“Since the launch of HeadSmart, the average diagnosis time for children with brain tumours in the UK has been halved from 13 weeks to 6.5 weeks. We now want to further reduce that to four weeks or less in line with NHS targets.

“As Louise and her family are experiencing, a brain tumour diagnosis has a devastating impact on the whole family. Our children and families service offers the help, understanding and support children, young people and families need after diagnosis.

“While brain tumours are relatively rare in children and younger people, if you’re worried and your child’s symptom persists or they have more than one symptom, we’d encourage you to speak to your doctor. Anyone affected by a brain tumour can also call our free support and information line on 0808 800 0004 or email [email protected] We are here to listen, support and help with trusted information.” 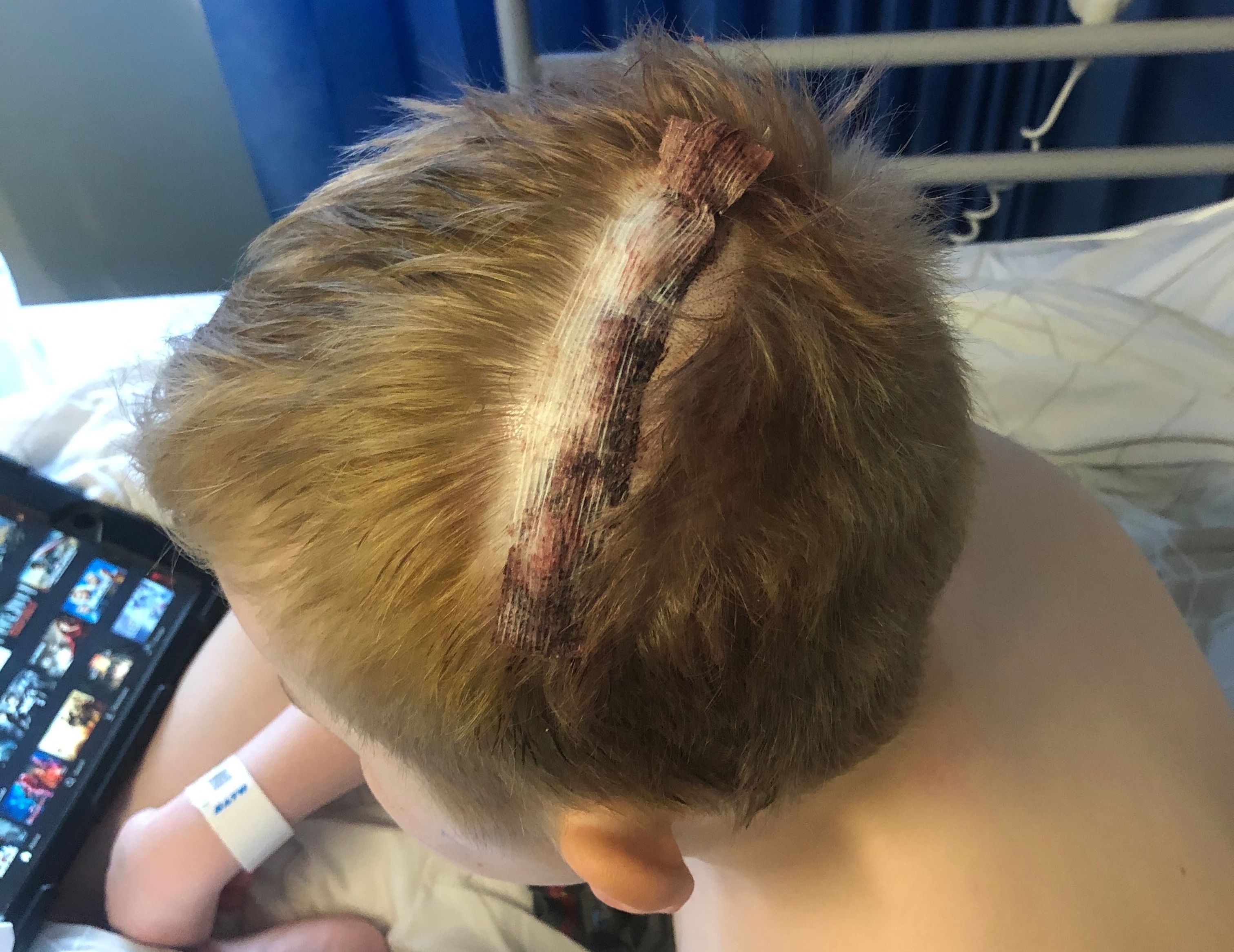 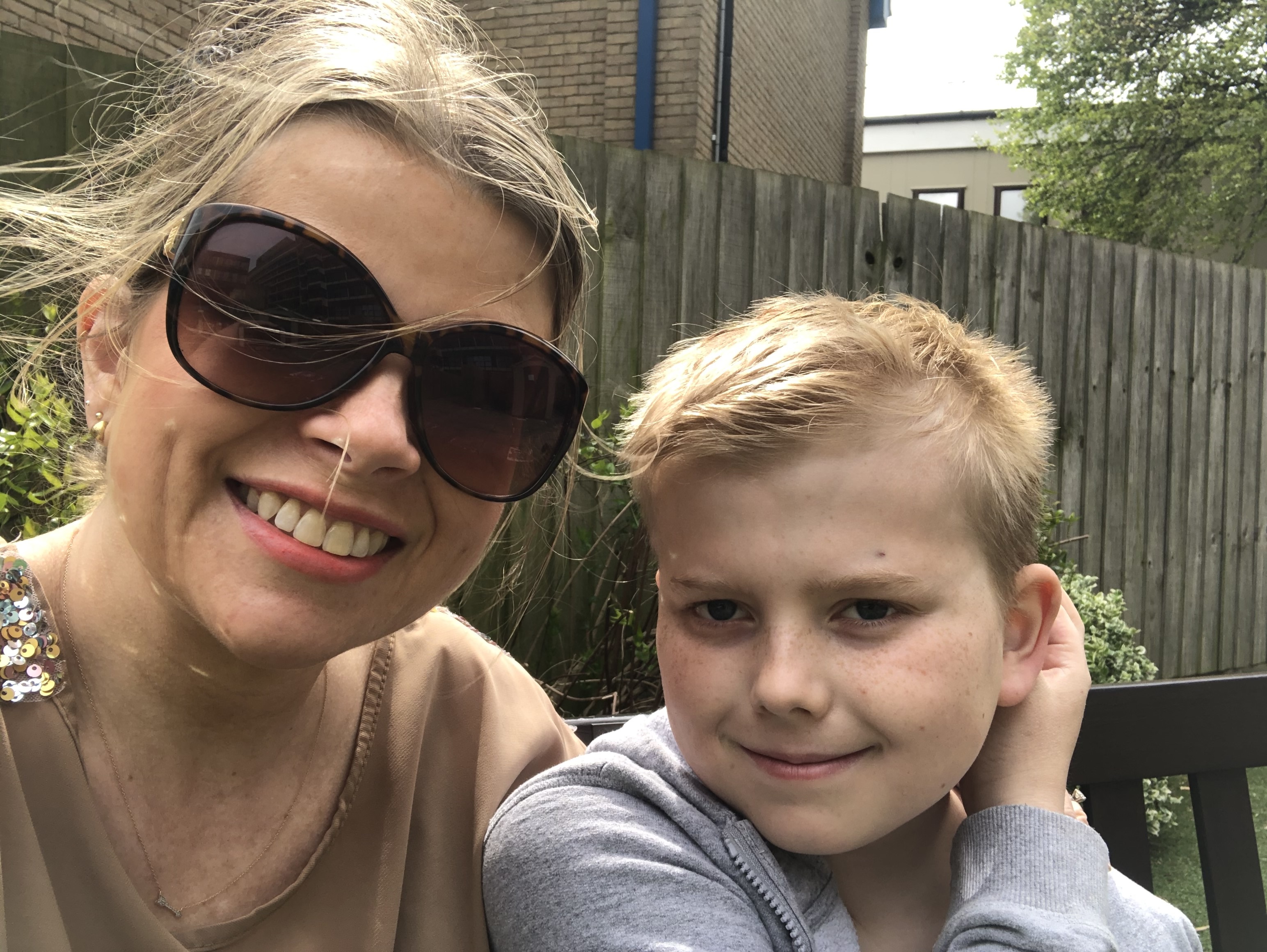