Nobody works harder than the people who have no option but to work in the hardest, crummiest jobs there are. It’s a truth that’s front and centre as Margaret Qualley delivers a riveting performance in this American series based on Stephanie Land’s memoir Maid: Hard Work, Low Pay, and a Mother’s Will to Survive.

But it’s not just this uncommonly positive depiction of a modern working-poor mother that has made Maid a low-key smash on course to overtake The Queen’s Gambit as Netflix’s most-watched limited series. Created by Molly Smith Metzler (Shameless, Orange Is the New Black), it’s an exceptionally well-judged piece of work – harrowing yet spirited and entertaining – and one that provides insight and validation in quite a number of areas. 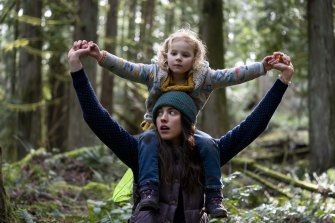 Qualley is the heart of it as 25-year-old Alex, who we meet as she’s scooping up her young daughter, Maddy (Rylea Nevaeh Whittet), to leave her violent partner in the middle of the night. She has nowhere to go but she needs to put petrol in the car, and as the pump whirrs away we see her bank balance dropping and dropping – all the way down to $12. It’s a simple device but one that conveys a stomach-knotting feeling of free fall. 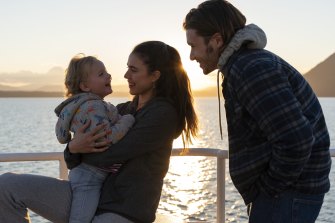 In this, she gets next to no help from her mum, Paula (Qualley’s real-life mother, Andie MacDowell), a flaky “undiagnosed bipolar” artist who will later turn out to have an unsuspected history that engenders a certain sympathy for her.

And when Alex does land some low-paid, insecure work through an exploitative house-cleaning business, a whole raft of other complications and humiliations bursts to the surface.

The thing that keeps her going is little Maddy, and the intimate, organically physical screen relationship that Qualley has with wriggly toddler Whittet is extraordinary. If you saw them in the street you would absolutely mistake them for mother and daughter, and the script gives them lots of poignant little details – unable to afford an official doll of Ariel from The Little Mermaid, they have a cheap knock-off they call Schmariel.

The threat of homelessness is never far away, and neither is Qualley’s abusive ex, Sean (Nick Robinson), who is suing for custody of Maddy and generally being a rotten piece of work. It’s through that relationship that Maid provides insights into the often insidious nature of domestic violence and coercive control. At first, Alex thinks she doesn’t deserve a bed in a domestic violence shelter because Sean didn’t punch her, just the wall next to her head. She soon learns better.

But there are, mercifully, moments of respite, and in these Qualley shines as much as she does in her scenes with Whittet – only here it’s Alex’s own girlish qualities and desire for a bit of fun that are to the fore. Her resilient spirit is reflected in a soundtrack of female-driven indie pop and indie rock that brings a real vigor where wan pseudo-folk too often languors.

The whole wonderful thing is a great credit to Margot Robbie and her production company, whose list of female-focused works also includes I, Tonya and Promising Young Woman.