Attorney-General Christian Porter has denied allegations of rape and angrily rejected calls to stand aside, declaring the rule of law would be worthless if people lost their jobs on the basis of accusations alone.

Mr Porter made an emotional appeal to the family of the woman who accused him of the 1988 rape and denounced the “frenzied politicisation” of claims he said were never put to him. 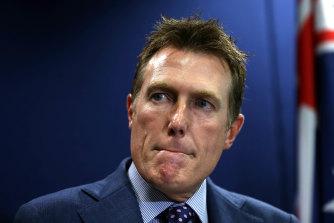 Ending days of speculation, the Attorney-General revealed he was the minister named in media reports about the alleged rape and said he would take leave to restore his mental health after the pressure of the accusations.

The statement came one day after NSW Police closed their investigation into a claim put to them in February last year by an Adelaide woman who took her life four months later.

“I did not sleep with the victim. We didn’t have anything of that nature happen between us,” Mr Porter told a press conference in Perth.

“I can say to you all it didn’t happen. But I can’t criticise or mount a defence or cross-examine someone – I am just not going to do that to the family of this poor woman.”

Asked if he could have forgotten key events, Mr Porter said, “Could I have forgotten or misconstrued the things that I have read, which are said to have occurred? Absolutely not. They just didn’t happen”.

But his statements, in a 45-minute press conference in Perth, did not persuade Labor, the Greens and others to drop their calls for a further inquiry, signalling a political clash and a test for Prime Minister Scott Morrison.

With the woman’s death now caught up in a wider dispute, South Australian coroner David Whittle revealed that media reports had persuaded him the state police investigation into her death was incomplete and he had asked for more work.

“The investigation is continuing and once that investigation has been completed to my satisfaction, I shall determine whether to hold an inquest,” he said.

Mr Porter said he remembered the woman, who was 16 at the time, as a “bright, happy person” he knew from a Sydney debating competition when he was 17, but he said he had not had any contact with her since 1988.

The denial is at odds with the woman’s written statement about the rape and her conversations with friends in 2019 and 2020, when she first told them Mr Porter had raped her at Sydney University that January.

But the woman’s accusations were the subject of disagreement between her family and friends after her death. While some believed her, others did not. The woman chose not to proceed with the NSW Police complaint in the days before her death on June 24.

Mr Porter addressed the woman’s parents in his press conference to tell them they had suffered a terrible loss.

“You did not deserve the frenzied politicisation of the circumstances of your daughter’s death in the past week,” he said.

Mr Porter said it would be wrong for him to stand aside or quit his job.

“If that happens, anyone in public life is able to be removed simply by the printing of an allegation,” he said.

“Every child we raise can have their lives destroyed by online reporting of accusations alone.

“My guess is that if I were to resign, and that set a new standard, well, there wouldn’t be much need for an attorney general anyway, because there would be no rule of law left to protect in this country. So I will not be part of letting that happen.”

Mr Porter rejected calls for an independent investigation similar to the High Court inquiry into Dyson Heydon in 2019, in which investigator Vivienne Thom found the former judge had sexually harassed six women.

The government argument is that the court inquiry was into a workplace and was able to question people about the events, whereas Mr Porter faces accusations about his time before politics based on claims from someone who is now dead.

Greens Senator Sarah Hanson-Young acknowledged Mr Porter could not be tried or convicted in court on the rape allegation, given the woman was dead, but said his position as the first law officer of the country meant he had to face an inquiry.

Senator Hanson-Young said the key question was whether Mr Porter was a “fit and proper person” to hold the key ministry. 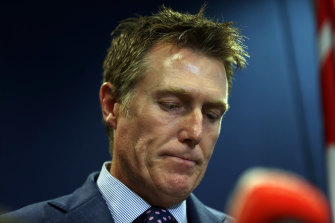 Mr Porter broke his silence on the allegations after NSW Police confirmed it had closed the case.Credit:Trevor Collens

Labor and the Greens expressed disbelief that Mr Porter and Mr Morrison did not read the anonymous letter from the woman’s friends sent to the Prime Minister’s office last week, given it also contained the woman’s statement from last year.

In a series of statements on key facts, Mr Porter said he had never had the allegations put to him, had never been interviewed by NSW Police and had never seen the letter.

While he spoke to Mr Morrison last Wednesday, they did not go over the specific allegations.

A friend of the woman, Dhanya Mani, said she found it disturbing the two men did not read the allegations when they had the chance.

“They did not think it was worth their time to dignify my friend by reading what had happened to her. They did not care,” she said.

Mr Porter also said the media had not put the allegations to him, a point disputed in the past by the ABC’s Four Corners when it aired claims about his early life last November.

“I was aware of a rumour but no-one has ever put the specifics of an allegation to me from the media,” he said.

The Sydney Morning Herald and The Age put questions to Mr Porter’s press secretary at 10:22am on Sunday in an email with a subject line seeking comment on the rape allegation. There was no response to this email.

The newspapers also sent Mr Porter’s press secretary another email with questions at 4:02pm on Monday but received no reply.

Mr Porter also said he had never been informed about the NSW Police investigation, which began in February last year, was suspended in June and formally closed this week.

“New South Wales Police have never contacted me,” he said.

Asked why they had not interviewed Mr Porter, the NSW Police repeated their statement from Tuesday about closing the case.

The government is planning to reject calls for a further inquiry on the grounds that former Labor leader Bill Shorten did not face such an inquiry after he revealed a rape claim against him in 2014.

Mr Shorten said he was “entitled to draw a line” under the matter because Victorian Police had closed an investigation into him over an allegation of rape in the 1980s.

Labor disputes the parallel on the grounds that Mr Shorten was interviewed by police, something that has not happened with Mr Porter.