The NSW government has smacked down the GST deal done by Scott Morrison when he was the nation’s treasurer, saying the money used to appease angry West Australians could be used to boost Australia’s post-pandemic recovery.

In pointed commentary in the state’s budget, the NSW treasury said the federal deficit was bigger than it needed to be because of the deal put in place by Mr Morrison back in 2018. 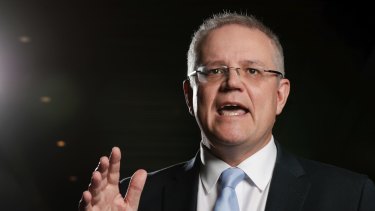 As Treasurer in 2018, Scott Morrison overhauled the way the GST is allocated. It is now on track to cost the federal budget more than $10 billion, almost three times it was forecast.Credit:Alex Ellinghausen / Fairfax Media

The Sydney Morning Herald and The Age revealed last week the GST deal will deepen the federal budget deficit by at least $7.5 billion over the next three years and could carve more than $1 billion from the Victorian and NSW budgets over the longer term.

It’s due to an overhaul of the way the nation’s GST pool was allocated to the states and territories put in place by Mr Morrison following years of complaints from WA, which had suffered a collapse in its share of GST. At the time, WA was getting about 30 cents of every dollar of GST raised within its boundaries.

Mr Morrison crafted a policy, estimated to cost about $3.5 billion out to 2026-27, under which no state’s GST share could ultimately fall below 75 cents for every dollar. The federal government would top up the GST pool to ensure WA’s share was gradually lifted.

Under pressure from other state treasurers and members of the government’s own backbench, the deal included a provision to make separate payments to ensure no state or territory could be worse off under the GST deal. That provision ends in 2026-27.

The shortfall is being paid by the federal government, which NSW said was inflating the deficit and diverting cash from policies that could deliver a major economic boost.

“This is contributing to the Commonwealth’s own deficit at a time when these dollars could have been better spent on productivity-enhancing reforms that support the post-pandemic recovery,” it said.

“NSW will continue to advocate for a fairer GST distribution that supports productivity growth and economic efficiency, and ensures states and territories can continue to fund and deliver high-quality services and infrastructure in a sustainable way.”

NSW said the deal meant WA, which was benefiting from record-high iron ore prices, was undermining the federation. 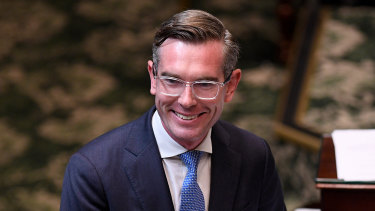 “Directing GST revenue to Western Australia, at a time when it is running an average surplus of $1.9 billion, is inequitable and unfair to other states,” it said.

“Once fully implemented by 2026-27, GST will be distributed in a way that effectively subsidises the
state with the greatest fiscal capacity. This means the WA government can provide greater access to potentially higher quality services and more infrastructure to its residents at a lower taxation burden.”

NSW’s criticisms follow research by Victoria that has modelled what happens to every state and territory budget once the no-worse-off provision ends, showing all but WA will take a hit.

If WA goes through another mining boom, the modelling shows NSW would be $1.4 billion worse off than if the deal continued, Victoria’s budget would take a $1.2 billion blow while Queensland would lose $850 million. But WA would gain $4.9 billion.

If the annual carve-up of the GST was in line with its average of the past decade, NSW and Victoria would both take a $1 billion hit, Queensland would lose $750 million while WA would be delivered an additional $4.4 billion

The federal government says it is monitoring the situation, with the Productivity Commission to conduct a review of the deal’s operation before the end of 2026.