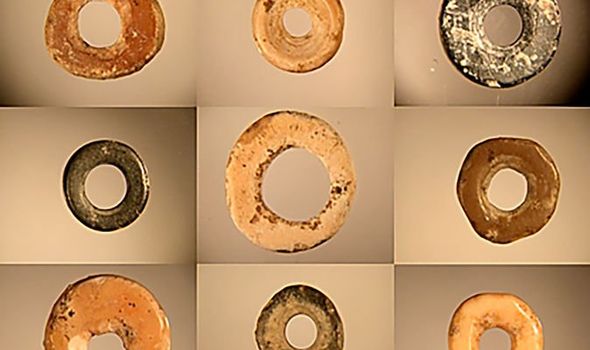 The beads reveal a 50,000-year-old system that links Stone Age people in south and east Africa, anthropologists in Germany have found. The beads are the world’s oldest fully manufactured ornaments, and humans completely transformed the shells to make them.

The anthropologists took more than a decade to make the world’s largest-ever database of ostrich eggshell beads including 1,500 beads from the last 50,000 years, dug up at 31 across south and east Africa.

By comparing the diameter and shell thickness of the beads, they found people in the two regions were using beads that were almost identical.

Signs of the network had disappeared by 33,000 years ago, which is likely to have been triggered by dramatic climate change.

Lead study author Dr Jennifer Miller said: “Humans are social creatures, but little is known about when, how, and why different populations connected in the past.

“These tiny beads have the power to reveal big stories about our past.”

The findings were published in the journal Nature.