Home » Lifestyle » Outside and online, the future of art and culture in Victoria

Melbourne art lovers should brace for a surge of outdoor and digital entertainment, with the state government funding more than 75 projects designed to keep the wolf from the door of Victoria's struggling creative sector.

The Victorian government announced on Tuesday the recipients of the remaining $8 million of its $13m Strategic Investment Fund. The list reveals two main ways arts organisations hope to survive coronavirus-related restrictions: by presenting work outside theatres or galleries in unconventional venues, and by going online. 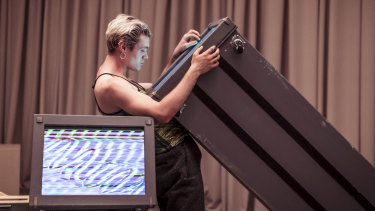 Heide Museum of Modern Art is to turn its outdoor spaces into a "COVIDSafe summer venue for performances, talks and workshops" and The Australian Ballet will stage a series of Melbourne-only works "in a non-traditional performance space to bring back the joy of live performance and build audience confidence in returning to live events". 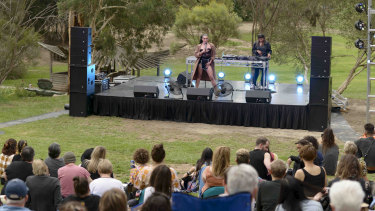 Heide artistic director Lesley Harding said the museum has "planned a vibrant and diverse program of events" and will lend their new stage to several Victorian performing arts organisations.

The 30th anniversary of the Linden Postcard Show in St Kilda will take the whole exhibition, including events and sales, online, and the Port Fairy Spring Music Festival will focus on digital events including livestreamed concerts.

La Mama in Carlton will explore "ways to recreate the theatre experience online", Snuff Puppets plan to turn their Footscray HQ into a "dynamic digital studio", Malthouse Theatre is looking at "complementary digital experiences" for its onstage work, and the Melbourne Chamber Orchestra is planning streamed concerts.

Melbourne Symphony Orchestra is working on a platform to "provide opportunities for independent Victorian artists to create new digital content".

And dance company Chunky Move is to use the money to kickstart its dream of making a feature film.

Kristy Ayre, co-chief executive of Chunky, said during the pandemic the company had felt "caught out" by their reliance on physical gatherings. So they now hope to build relationships with producers and filmmakers for future screen-based work.

"Dance doesn't do well in that space, in my opinion, unless it's done with a deep level of expertise," Ayre said. "We're really excited about spending a bit of time on it."

Done well, dance on screen can have startling intimacy, power – and popularity.

Chunky had already planned to make a documentary about a collaboration during the next18 months with South Australia's Restless Dance Theatre – now the company hopes to use it as a "pilot" to garner advice on how to make the most of it "and to think further ahead, how we might approach a major work or feature-length film created from scratch".

New arts minister Danny Pearson – whose prior experience in the arts includes three years on the board of the Melbourne Fringe festival – said the grants would "support jobs across the spectrum… and provide a base for recovery on the other side of the pandemic".