Pete Davidson has revealed he completely lied to Alec Baldwin about his fitness routine.

While appearing on the latest episode of “The Tonight Show Starring Jimmy Fallon” the 27-year-old comedian shared how he fabricated being a fitness buff when confronted by Alec behind-the-scenes on SNL.

Davidson said, “I was on set and Alec was hosting and it was a sketch where I had to be shirtless. And, you know, I guess I’m a little bit cut or whatever… there’s no nice way to say that, OK?”

“The King of Staten Island” star joked that once Baldwin landed the Donald Trump skit on “SNL” he and the 63-year-old actor would run into each other in the halls on a daily basis, and said, “He’d be like, ‘100 a day.’ And he started to do it and he lost like 100 pounds.” 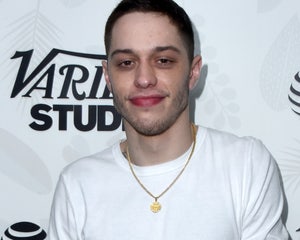 While laughing, Davidson concluded, “And he says it’s all because of me.”

Obviously, Baldwin did not lose, nor did he have the excess weight to lose, 100 pounds. However, Baldwin did admit back in 2019 that he took the 100 push-ups a day advice to heart.