Home » Lifestyle » PIERS MORGAN: The Archbishop Of Canterbury prays for me!

The Archbishop Of Canterbury prays for me! How bad did I have to get for that?

Comedian and actor John Sessions has died, aged 67, and Stephen Fry led the tributes, calling him as ‘warm, vulnerable, lovable and loving as anyone can be’. My experience of him was slightly less euphoric.

During an episode of QI, outspoken atheist Fry explained why he’s such an ardent non-believer: ‘God made some of the least bright and beautiful things imaginable,’ he said, ‘like the parasitic jewel wasp that goes up to a cockroach and imparts a sting into its brain, which turns it into a sort of zombie.

And that is the life cycle of the jewel wasp. If there’s a benign divine god who looks down on creation and loves it all, you just ask him how the hell he came up with something so cruel, so unpleasant, so vile… only evolution could cause that kind of horrible, horrible life cycle – for the cockroach.’

The panel was stunned into horrified silence. Then one voice piped up.

‘If only you could do that with Piers Morgan,’ observed John Sessions, to instant hilarity.

RIP John. I didn’t know you, and you clearly weren’t a fan, but you were a very funny guy.

On a more positive note, the Archbishop Of Canterbury, Justin Welby, revealed on Good Morning Britain that he not only prays for beleaguered Boris Johnson every day (‘It’s clearly not working,’ I joked, to which he retorted: ‘How do you know?’), but for me too.

‘Have you ever prayed for Piers?’ asked Susanna Reid.

‘I have once or twice, yes,’ Welby replied. 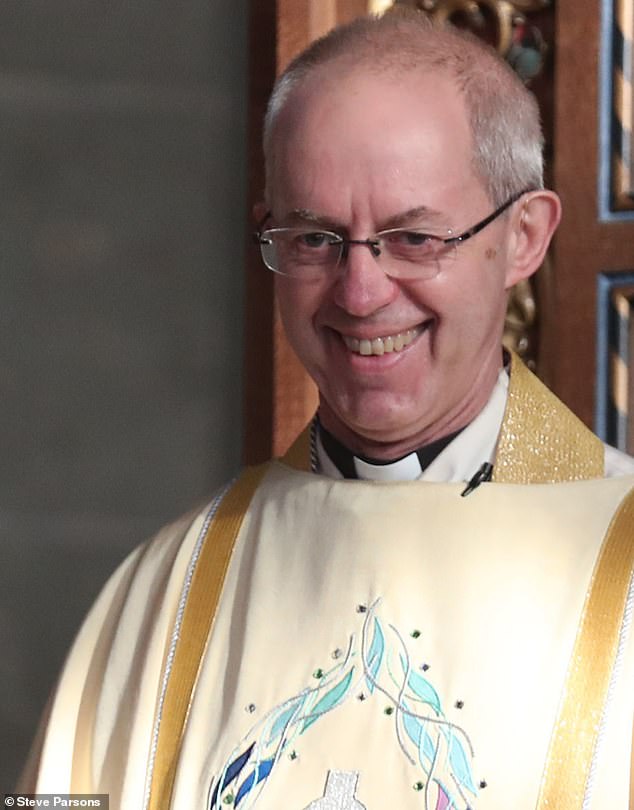 The Archbishop Of Canterbury, Justin Welby (above), revealed on Good Morning Britain that he not only prays for beleaguered Boris Johnson every day, but for me too

Despite being a Catholic, so on the other team, I find it rather comforting that the leader of the Church of England has got my back.

To promote my new – bestselling! – book, Wake Up, I sent gift boxes to 100 famous friends containing a copy, some Piers Blend coffee (‘strong, liberal and unfiltered’), a mug and a pot of ‘Piers’-branded Marmite.

The latter’s ‘You either love it or hate it’ advertising slogan has always resonated with me. But the savoury yeast spread caused consternation with non-British pals who’d never heard of it.

‘Why did you send that? To poison me?’ emailed David Hasselhoff from LA. ‘It’s HORRIBLE! I thought I was gonna get a nice chocolate taste – but OMG!’

‘What IS this?’ asked Cristiano Ronaldo, texting me a photo of the pot from Turin.

‘Eat it – it’s very popular in the UK and great on toast. They made some with my name on it because people either love it or hate it…’

Joe Biden’s presidential win prompted many Americans to take to the streets in joyous scenes of celebration.

The last time I’ve seen anything like it was in 2011 when Osama Bin Laden was killed – a moment that Biden watched in the White House situation room with his boss, President Barack Obama.

Jill Biden told me it was the highlight of her husband’s tenure as Vice President. 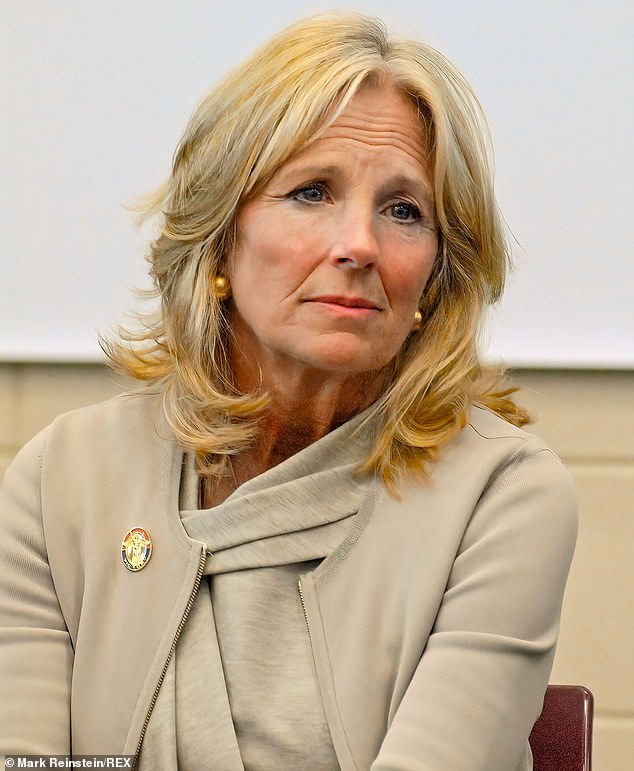 ‘What were Joe’s first words when he came to the door?’ I asked Jill Biden (above). ‘Gosh, I don’t remember. I just remember running out and hugging him and saying, “Thank you.” ’

‘I knew something was going on because Joe was at the White House for two days before,’ she said.

‘And of course, he couldn’t tell me what was going on. The kids were on the phone with me, like, Mom, what’s going on? So we all knew that something big was happening.

‘I remember waiting for Joe to come home that night after they had announced it on TV, which I saw with everybody else. And I put on my bathrobe and went downstairs. It was midnight, and I opened the door and down by our gate, people had gathered and were singing God Bless America.

You could hear it all over the neighbourhood. And that was truly a high note.’

‘What were Joe’s first words when he came to the door?’ I asked.

‘Gosh, I don’t remember. I just remember running out and hugging him and saying, “Thank you.” ’

Biden’s running mate, Kamala Harris, is attracting almost as much attention as him for becoming the first woman, and first woman of colour, ever to be Vice President.

I met her once at the Hollywood home of actress Soleil Moon Frye, who was hosting a party to honour the prime minister of Haiti.

Harris, the Attorney General of California at the time, was a very warm, whip-smart and impressive lady. Funny, too.

A few months earlier, Obama had got into trouble for calling her ‘by far the best-looking Attorney General in the country’ – a supposedly ‘sexist’ gaffe for which he was forced to issue a grovelling public apology.

He even phoned Harris, an old friend, to say sorry personally for the terrible offence he had caused her.

I thought the whole furore was absurd, not least because Obama had also called her ‘brilliant’, ‘dedicated’ and ‘tough’, and I wrote at the time: ‘I understand women don’t want to be judged solely on their looks.

But true equality will come when male or female bosses can compliment male or female employees on their ability AND looks, and nobody gets offended.’

I was sceptical about just how distressed Harris had really been by the world’s most charismatic leader calling her hot. ‘Were you actually offended?’ I asked her, as Sean Penn stood with us.