In the press gallery at Parliament House, there’s a bell that years ago was rung regularly to alert journalists to press conferences and statements. Email has made it an anachronism. 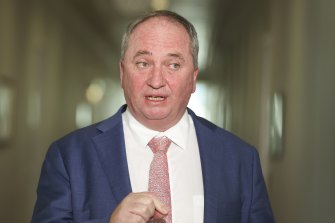 But shortly before 8am on Thursday, Deputy Prime Minister Barnaby Joyce appeared in the gallery looking rather agitated and rang the bell himself.

Joyce was there to lay an ownership claim to the exclusion of a methane reduction pledge from the 2050 net-zero climate plan Scott Morrison announced on Tuesday. “One of the key reasons that the Nationals went in to bat has become so clearly evident today,” Joyce declared.

This followed a report in The Australian, briefed by the office of Emissions Reduction Minister Angus Taylor, rejecting the United States push for a 30 per cent reduction by 2030 of methane emissions (produced by cows burping, gas extraction, and the like).

Taylor apparently had been onto the methane exclusion issue for some time. Later on Thursday, Morrison said the government never had any intention of agreeing to the reduction. He also rejected Joyce’s confusing claim there was an agriculture carve out from the climate plan.

Who gets political “branding rights” on the treatment of methane was just the latest pinch point in the fallout from Tuesday’s announcement.

Much doubt has been created by the government’s failure to release the plan’s modelling, which Morrison says will be out in a few weeks – that is, after COP26 is well and truly behind him.

An industry department official told a Senate estimates committee the material was being put into digestible shape.

“As the plan was only finalised on Tuesday, we need to make sure we have written that technical work up. The actual modelling, of course, had been finalised at that point.

“But the write-up of that – we just need to take a little bit of extra time to make sure that it’s written clearly and able to be presented well to the Australian public,” Jo Evans, a deputy secretary in the department, said. 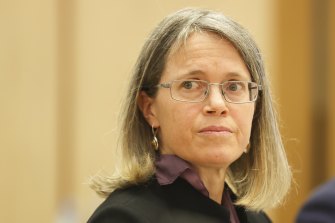 Meanwhile, most of the trade-offs the Nationals have received for their reluctant support remain a mystery.

Joyce, who became acting prime minister after Morrison departed on Thursday night for the G20 in Rome followed by COP26 in Glasgow, is likely to announce certain measures while he’s in the spotlight.

But others are to be in the budget update at the end of the year, presented as election commitments, or in next year’s budget if that occurs before the election.

Some of these unknown measures still have to be brought forward as cabinet submissions and go through the formal bureaucratic hoops, including being costed.

That shows how unsatisfactory the process has been – the government had months to deal with net-zero, settling things with the minor Coalition partner and finalising the trade-offs.

More importantly from the Nationals’ standpoint, they’re left exposed as they return to their electorates now parliament has risen for a three-week break. When they meet their constituents, they won’t be able to produce the suite of benefits they obtained in return for their policy sign-up.

For Morrison, the 2050 policy is an attempted barnacle-removing process, for both the Glasgow conference and the election. The Nationals, in contrast, see it adding to their barnacles.

The rejection of the requested methane cuts is another indication of the general weakness of the Australian plan. For all the struggle to land it, the plan is a bare minimum and will be seen as such in Glasgow.

Domestically, given the flaws and inadequacies, the plan is not likely to win votes for the government; rather, it is designed to stem the loss of them to Labor and independents in the “leafy” southern seats.

We’ve yet to see Labor’s alternative but one would think independent candidates will still have plenty of scope to stake out ground on the climate issue.

Earlier this week Morrison made some comments that set off speculation he planned a May poll, as opposed to a March-April one.

A May election would give the time for another budget, with the opportunities that brought.

Whether the election is in May or March, Morrison is already in campaign mode. 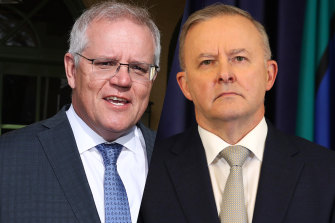 In this week’s Newspoll, the government is on the back foot, trailing 46-54% on the two-party vote. Regardless, both sides regard the battle as open.

Despite the election being so near, Labor hasn’t broken out of a trot. Albanese’s strategy is to leave the attention on the government and, more generally, to keep Labor a small target in policy terms. On the logic of its wider approach Labor could be expected to be cautious in the policy it issues on climate change, although it is still debating its position, expected to be released before Christmas.

Albanese has been heavily influenced, negatively, by his predecessor Bill Shorten’s approach before the 2019 election, when Labor put forward an extensive and radical bag of policies.

The big target approach was seen to have scared off voters. Whether the small target will encourage people to vote Labor is hard to judge. The danger for the opposition is that, in the absence of a leader who is a drawcard, many people might be inclined to stick with the status quo.

Without the prospect of much substantive and highly differentiated policy being contested, the seat-by-seat campaigning will be especially significant at this election. Voters think local to a greater extent than they used to.

On Thursday the government introduced controversial legislation to require voters to produce ID at the polling booth. Labor and some in the welfare sector warn this will discourage the disadvantaged, including Indigenous people, from voting. The government says there would be plenty of protections – a range of identification could be used, including a Medicare card, and a person without identification would be allowed to cast a vote, with his or her identity checked later.

Given the widespread demand for identification for all sorts of things in our community, the requirement for ID when voting is not unreasonable. But it seems a solution in search of a problem because voter fraud hasn’t been a feature of federal elections.

And it reflects distorted priorities that this legislation has been introduced before we see the bill for the long-awaited national integrity commission.

Michelle Grattan is professorial fellow at the University of Canberra. This article was first published on The Conversation.

Get a daily update on the climate summit that will shape our future. Sign up to our Clear Air newsletter here.