Rome wasn’t built in a day…and neither was this Italian couture.

Lady Kitty Spencer, 30, didn’t stop at one bridal gown for her wedding to fashion tycoon Michael Lewis, 62, on Saturday, instead sporting five custom Dolce & Gabbana dresses throughout the big day.

The Italian label seemed a fitting fashion choice for the Frascati, Rome nuptials, as the bride is a model and global brand ambassador for the fashion house.

Domenico Dolce of Dolce & Gabbana told Tatler that Spencer wanted her “main dress” to be “fairly traditional” yet “timeless,” opting for a high neckline and long sleeves.

While she was also inspired by her love of Italy, Stefano Gabbana told the outlet that the bride is “a girl who is very attached to her origins, to England; to her heritage of the great Victorian era. And like all the English people, she has a great passion for all kinds of flowers.”

Everything was coming up roses at the reception, as Spencer changed into four different flower-filled gowns, even accessorizing with a floral headpiece.

Dolce & Gabbana shared the styles on Instagram, posting a video of the designs, including a baby blue tulle gown embroidered with pink flowers.

Spencer slipped into three other floral-embellished styles after saying “I do,” including a white silk gown adorned with flowers, crystals and hand-painted details.

She later brought in another pop of color with a green bodice, before sporting an all-white lace design with sparkly detailing.

While the wedding was filled with fashion, one style was surprisingly absent: a tiara. The bride skipped out on traditional royal headwear, including the Spencer Tiara, worn by both her mother Victoria Lockwood and Aunt Diana on their respective wedding days. The last royal to sport the Spencer tiara down the aisle was another of Diana’s nieces, Lady Celia McCorquodale, in 2018.

Diana’s sons, Prince William and Prince Harry, also appeared to be notably missing from the nuptials, which were attended by famous faces like Pixie Lott and Sabrina Dhowre Elba (who is married to Idris Elba). 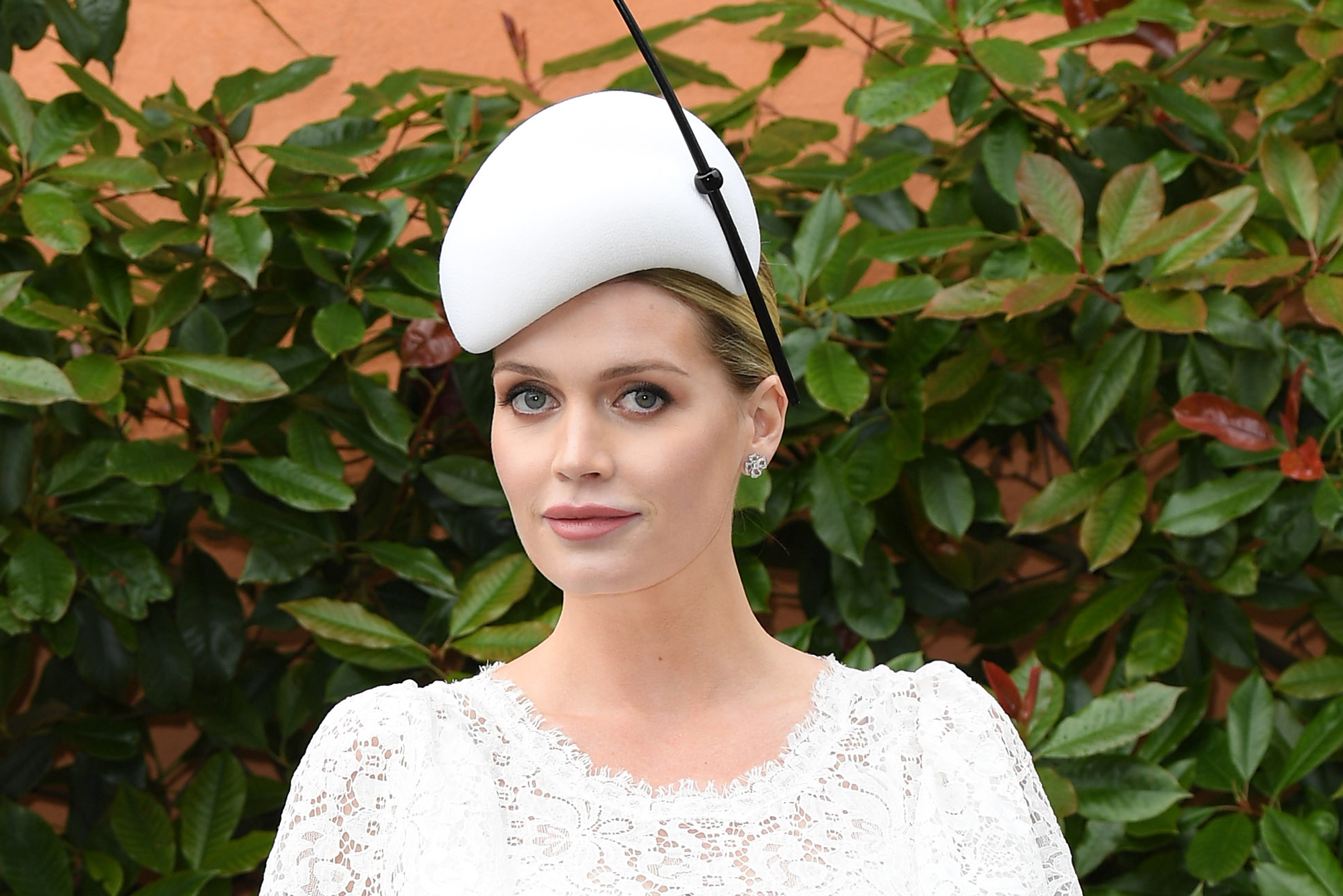 Reports of Lady Kitty’s engagement to Lewis, a much-older South African billionaire, surfaced in January 2020, six months after they made their first public appearance together in the Hamptons.