The Queen is taking ‘comfort’ from her work despite recent health setbacks during ‘most difficult time of reign’ after Prince Philip’s death, royal expert claims

The Queen has been taking ‘comfort’ from her work despite being health setbacks amid the ‘most difficult time of her reign’, a royal expert has claimed.

Concerns over the monarch’s health have grown recently after she cancelled a number of engagements, which included missing the Remembrance Sunday ceremony for the first time in 22 years due to a back injury.

Speaking to OK! Vanity Fair’s royal editor Katie Nicholl said the monarch is still ‘enjoying’ her job and it ‘keeps her young’.

She continued: ‘Behind the scenes, in private, it’s probably been the hardest time of her reign…In [Philip’s] absence, her family is incredibly important. They are everything.’ 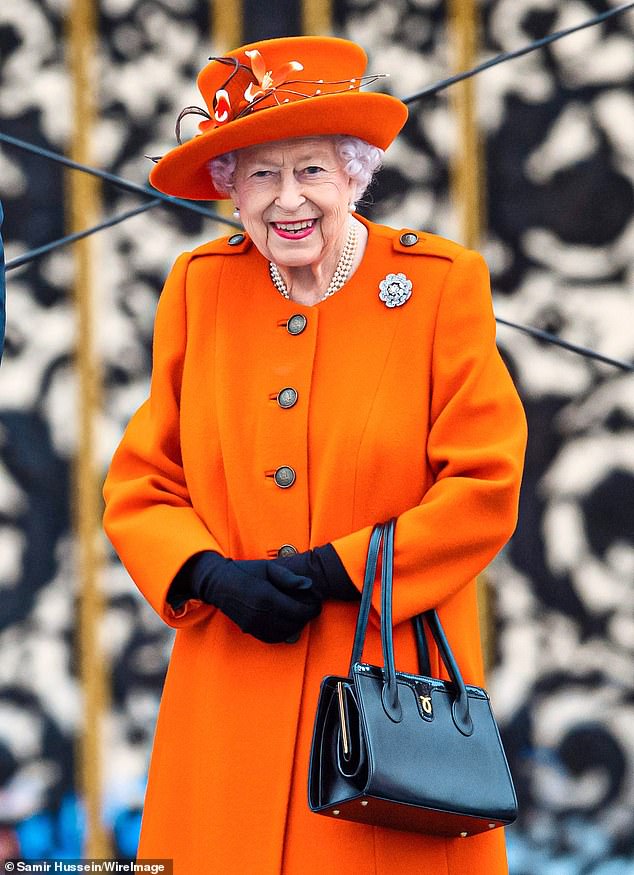 The Queen, 95, has been taking ‘comfort’ from her work during the ‘most difficult time of her reign’, a royal expert has claimed

It comes after The Queen told her family she is feeling much better and looking forward to hosting the rest of the royals at Sandringham this Christmas, according to reports.

Sources close to the Queen have insisted she is on the mend and planning to travel to her Norfolk estate on or around Friday, December 17, according to the Mirror.

It will be an emotional few days, however, as it will be the first Christmas since the death of her husband, Prince Philip.

While a traditional train ride from London to Kings Lynn is not off the table, it’s expected she will instead make take a helicopter from Windsor – a journey which takes around 50 minutes. 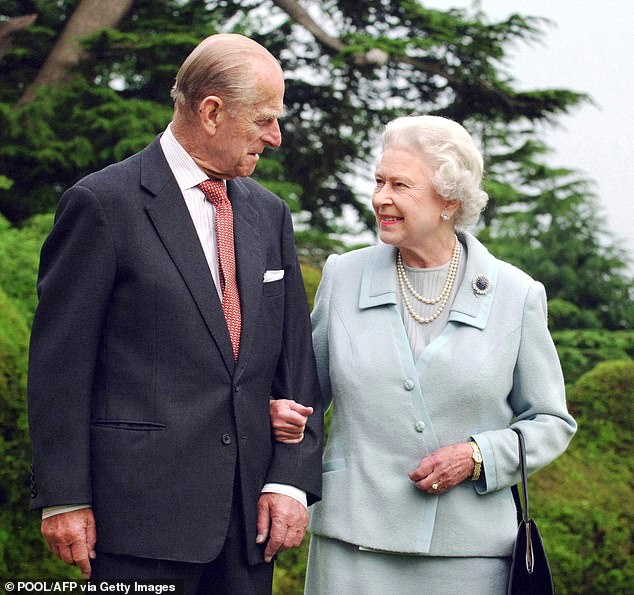 Katie Nicholl explained how the royal is missing Prince Philip, whom the royal editor called the monarch’s ‘everything’

Her guests this festive season are said to include Charles and Camilla as well as William, Kate and their three children.

Other royals including Prince Edward, Princess Anne, Princess Beatrice and Princess Eugenie, along with their respective partners and children, have also received invites.

A source told the paper: ‘The Queen has told everyone she is feeling far better of late and is very much looking forward to welcoming them for Christmas.

‘Like many other families, this will be the first time Her Majesty can gather with her extended family after being kept apart for so long due to the coronavirus pandemic.’ 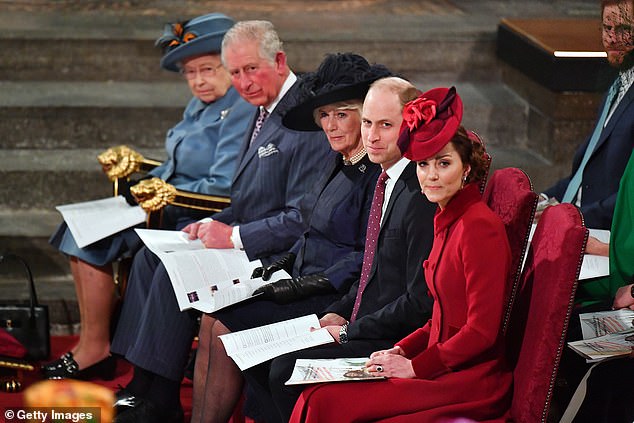 Meanwhile the royal editor explained how in Philip’s absence, the royal family are ‘incredibly important’ to the Queen

In late October, Her Majesty drastically cancelled a trip to Northern Ireland and spent the night at London’s King Edward VII’s Hospital to undergo ‘preliminary’ tests, before being advised to rest after a particularly busy few weeks.

The monarch also did not make an in-person appearance at Cop26 in Glasgow but instead sent a video message, and later missed the Festival of Remembrance at the Royal Albert Hall on November 13.

Buckingham Palace said she made the decision not to attend the Remembrance Sunday service at the Cenotaph in London ‘with great regret’ and was ‘disappointed’ to miss the event.

But Prime Minister Boris Johnson then claimed she was ‘very well’ when he saw her in Windsor a few days after. 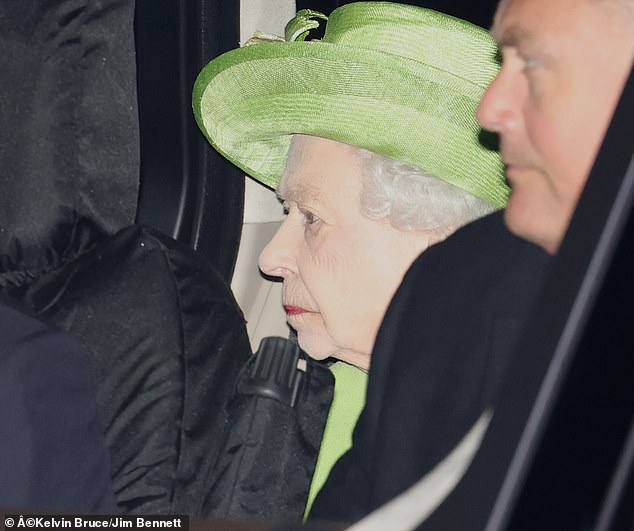 The comments come days after the Queen celebrated the double christening of her two great-grandsons with Princess Eugenie, Zara Tindall and their families in Windsor

And last weekend, the Queen celebrated the double christening of her two great-grandsons with Princess Eugenie, Zara Tindall and their families in Windsor.

She had told courtiers she was set on being present this weekend as her granddaughters Princess Eugenie, 31, and Zara Tindall, 40, christen their first-born sons and was pictured at the ceremony in Windsor.

Commentator Penny Junor told the Sun attending the baptism of her great grandsons would have been very important.

She said: ‘I’ve never heard of two royal babies being christened together like this. The Queen is very spiritual, a christening is a very important occasion for the head of the Church of England and being there will be of great importance to her.

‘She’s very fond of Zara and Mike, and Eugenie too.’