The other 17 defendants named in the indictment, who are alleged members of the Untouchable Gorilla Stone Nation gang, had been apprehended as of Tuesday, according to federal prosecutors.

The “Get the Strap” crooner — whose given name is Caswell Senior — turned himself in at about 11 p.m. to the Midtown South Precinct in Manhattan, Vulture reported.

He faces three counts: conspiracy to commit racketeering, conspiracy to distribute controlled substances and possession of a firearm in furtherance of a drug-trafficking crime for which he faces up to life in prison, according to the indictment filed in the Southern District of New York.

During Tekashi 6ix9ine’s testimony against his former Nine Trey Gangsta Bloods associates in 2019, the rainbow-maned rapper mentioned that his crew had conflicts with other artists — including Casanova who he said was in a rival gang, Vulture reported.

Casanova also made an appearance in Manhattan Criminal Court in 2018 after he and a pal allegedly assaulted a diner at a Chelsea restaurant who he mistakenly thought was filming him. 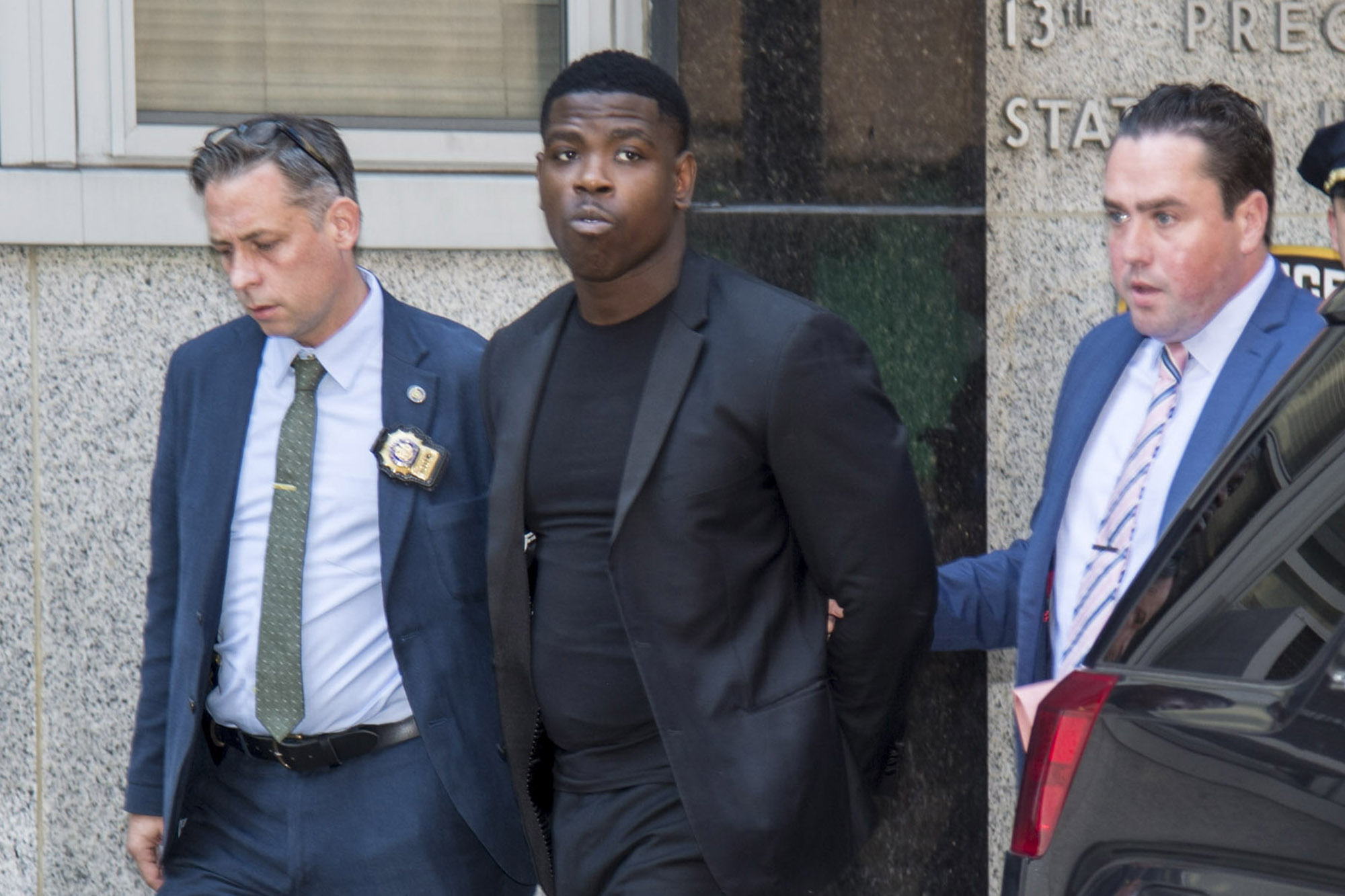 The other Gorilla Stone associates face counts ranging from attempted murder and racketeering to assault. The allegations include the slaying of a 15-year-old boy in Poughkeepsie, the gunpoint robbery of a drug dealer in Peekskill and the face slashing of a rival in Manhattan, according to the indictment.