BRITS will now celebrate New Year's Eve without restrictions, the health minister has revealed this afternoon – and here's why.

Covid admissions to hospital are rising but not overwhelmingly so, according to a group representing NHS trusts in England. 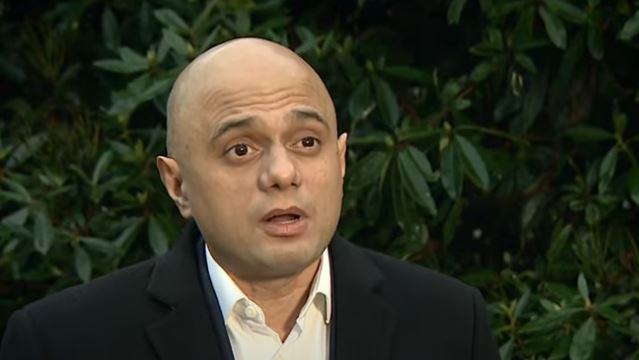 But health bosses have also said it was "still far too early" to dismiss concerns about the Omicron coronavirus variant despite no reports of large numbers of patients requiring ventilators like during the last winter peak.

Staff absences are creating such pressure that "even relatively small numbers of extra Covid cases may bring difficult decisions on prioritisation and staff redeployment", according to NHS Providers chief executive Chris Hopson.

Medical leaders have expressed fears that "something is going to have to give" as one modeller said as many as 40% of London's NHS workforce could be absent, with Covid-19 a major factor, in a worst-case scenario.

A string of hugely positive studies show Omicron IS milder than other strains, with the first official UK report revealing the risk of hospitalisation is 50 to 70 per cent lower than with Delta.

Covid booster jabs protect against Omicron and offer the best chance to get through the pandemic, health officials have repeatedly said.
The Sun's Jabs Army campaign is helping get the vital extra vaccines in Brits' arms to ward off the need for any new restrictions.

It comes as health minister Sajid Javid announced that New Year's Eve celebrations can go ahead without the need for further restrictions in England after Downing Street assessed the latest Christmas virus data.

He confirmed this afternoon: "Of course, we look at the data on a daily basis, that hasn’t changed over the Christmas period, but there will be no further measures before the New Year.

"We won’t be taking any further measures, of course people should remain cautious as we approach New Year celebrations, and take a lateral flow test if that makes sense, celebrate outside if you can, have some ventilation indoors, if you can.

"Please remain cautious and when we get into the New Year, of course, we will see then whether we do need to take any further measures but nothing more until then at least."

"Talking to chief executives this morning, the sense is that admissions are rising but not precipitately so.

"What's particularly interesting is how many chief executives are talking about the number of asymptomatic patients being admitted to hospital for other reasons and then testing positive for Covid.

"We should therefore be cautious about over interpreting current Covid admission data.

"As the Covid community infection rate rises rapidly due to Omicron, we will get significantly more cases of incidental Covid in hospital."

Mr Hopson said staff absences, along with the accelerated booster campaign and urgent care that could not be put off, meant there was pressure "being felt right across GPs, social care, ambulances and community and mental health services as well as hospitals".

"It is therefore still far too early to say that we no longer need to worry about Omicron and hospitalisations.

"Trusts are still preparing for the worst and hoping for the best," he added.

Professor Alison Leary, chair of healthcare and workforce modelling at London Southbank University, said the NHS absence rate in the capital had risen by 30% on normal levels as of Christmas Eve, with "Omicron in particular putting a lot more strain on the system".

The sickness rate in the NHS has almost doubled to 8-9%, with shortages being felt in the north west of England and the Midlands, as well as London, the academic said.

Pressed on what was likely to happen over the coming weeks, Prof Leary told the BBC: "One of the scenarios we've modelled is around 40% of the workforce being off, absent in London.

"We'd hope that's a worst-case scenario, but because we are already seeing an increase, I think it wouldn't be unrealistic to expect that to go up significantly."

Dr Ian Higginson, vice president of the Royal College of Emergency Medicine, said the current number of staff absences in NHS emergency departments could "push us over the edge".

He told BBC Radio 4's World At One programme: "Our members, those who got back to us, were pretty emphatic that they are suffering significant staffing issues right now.

"We're worried that something is going to have to give.

"When our members are reporting that 20-25% of available staff are off sick for various reasons, but we think Covid is the prime contributor at the moment, that really is a considerable amount.

"That will push us over the edge as regards to normal function and we will have to start thinking about focusing our efforts on what we can do for the most people and concentrating our efforts on those who are most in need of our services."

Stephen Barclay, the Chancellor of the Duchy of Lancaster, was due to chair a meeting on Monday, according to The Times, on how to mitigate the impact of absences in the healthcare sector.