A secondary school has issued an apology to parents after their Year 8 children were sent a ‘sweary’ poem to study as part of their English homework.

Students aged 12 and 13 at Penrice Academy in St Austell, Cornwall, were given the poem titled American Football (A reflection on the Gulf War) by Harold Pinter as part of a resource booklet of war poetry. 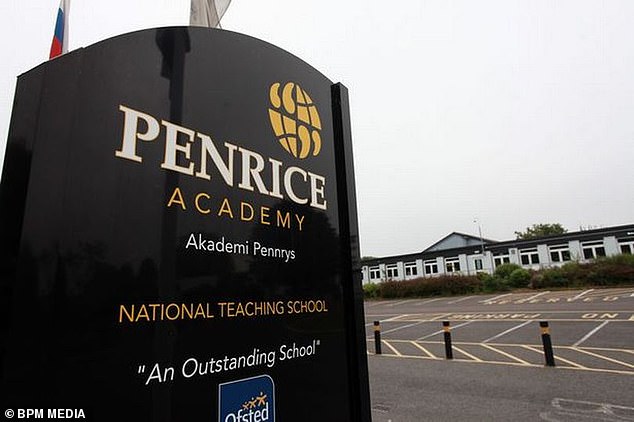 Penrice Academy in St Austell, Cornwall, has issued an apology to parents after their Year 8 children were sent a ‘sweary’ poem to study as part of English homework

The head of the school’s English department was quickly made aware of the error and emailed parents to apologise.

According to Cornwall Live, she wrote: ‘I am writing regarding the Year 8 English resource booklet that was sent out last week.

‘Can I sincerely apologise for one of the poems contained in the anthology that may have caused offence. Unfortunately, due to the short notice of the school closures, in preparing the resources this inappropriate poem was missed. This is no excuse and again, I can only apologise.

‘To avoid any further issues please can you discard the booklet. Appropriate resources will be set for each lesson via show my homework.’

One parent who contacted the publication said that personally they found it ‘hilarious’, but added that other parents would have been offended.

They added that given the circumstances of parents having to now homeschool their children, it gave them a ‘laugh’.

Her child even asked if he could memorise it and video record it for his teacher but she had to say no. 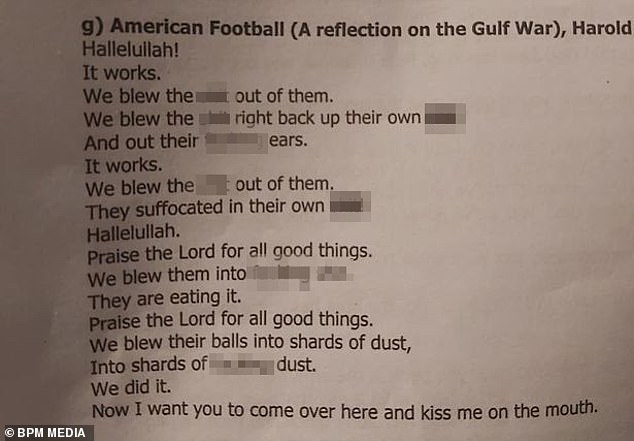 In a statement, Richard Baker, Executive Principal of Penrice Academy said: ‘Following the move to online learning, members of staff were busy creating learning material for all year groups.

‘A member of staff downloaded a pre-prepared document and without following the correct processes in place at the school, the member of staff organised for this to be sent to most of the year group.

‘On realising the content of one of the poems, all parents and carers were contacted and asked to discard the inappropriate material that had been sent.

‘A communication was also sent to apologise for the mistake and that it was totally inappropriate for that material to be sent out from the school. The matter will now be dealt with internally.’

All children across the country have been forced to return to homeschooling during this third national lockdown until at least February half term.

It comes as a maths teacher at the school who ‘dunked’ a pupil’s head underwater three times after losing his temper when he was deliberately pushed off a paddleboard avoided a classroom ban.

Teaching watchdogs were told that Matthew de Villiers, who was a guiding light of his school’s Duke of Edinburgh Award Scheme activities, at first regarded what happened as ‘horse play’. 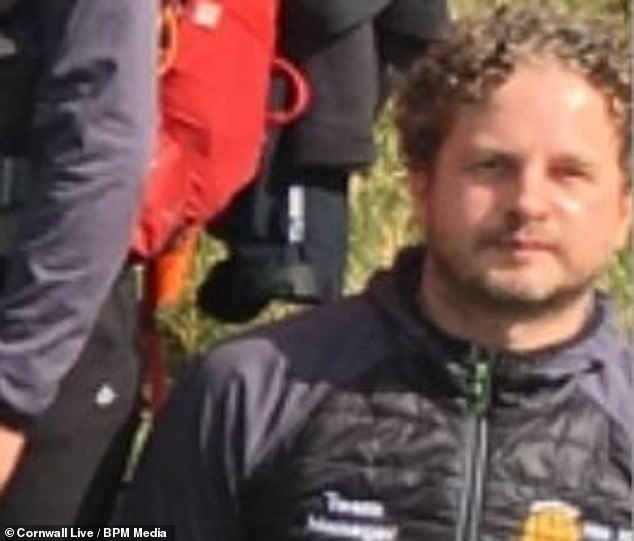 It comes as Matthew de Villiers, who ‘dunked’ a pupil’s head underwater three times, when he was a teacher at the school in 2018, after losing his temper when he was deliberately pushed off a paddleboard avoided a classroom ban

A group of pupils, including the one whose head was pushed under the water three times by Mr de Villiers, approached him after being challenged by an instructor to see if they could tip him off the board.

He warned them off on the first occasion but they then returned a second time and succeeded after which Mr de Villiers ‘dunked’ the pupil at Porthpean Outdoor Education Centre in Cornwall.

He was a teacher at Penrice Academy at the time of the incident in 2018 and admitted what the panel described as the ‘dunking incident’ during a coasteering course.

Mr de Villiers appeared before a teaching disciplinary panel and was found guilty of ‘unacceptable professional conduct’. He was spared a teaching ban – the usual penalty for teachers who go before Teaching Regulation Agency (TRA) panels.

Instead, in a decision taken on behalf of the Education Secretary, the panel considered in this case that publication of their findings would be sufficient penalty.