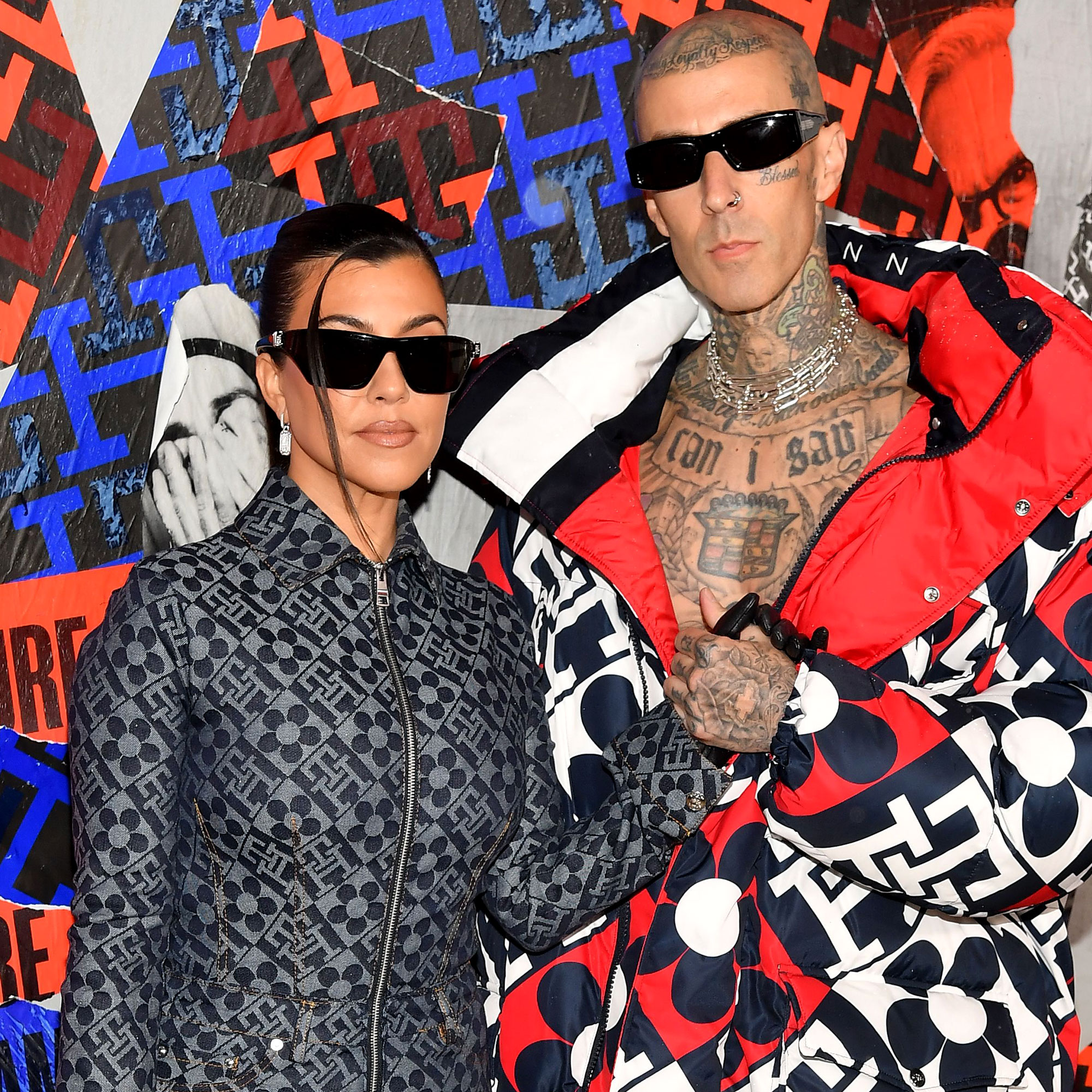 His and hers! Kourtney Kardashian has made it clear that she’s head over heels in love with husband Travis Barker — even going so far as to share wardrobe staples.

“Rolling into season 3 of The Kardashians in [my] husband’s boxers and socks with my dress,” the Poosh founder, 43, captioned a Thursday, October 13, Instagram carousel of herself on set.

Kardashian posed on the back of a beige couch, seemingly the same piece of furniture used in confessionals on the Hulu series. In the social media snap, the Kardashian Konfidential author can be seen wearing a long-sleeved pink dress. While the 46-year-old drummer’s undergarments are not visible, fans can get a glimpse at the black Vetements socks that she borrowed from Barker. 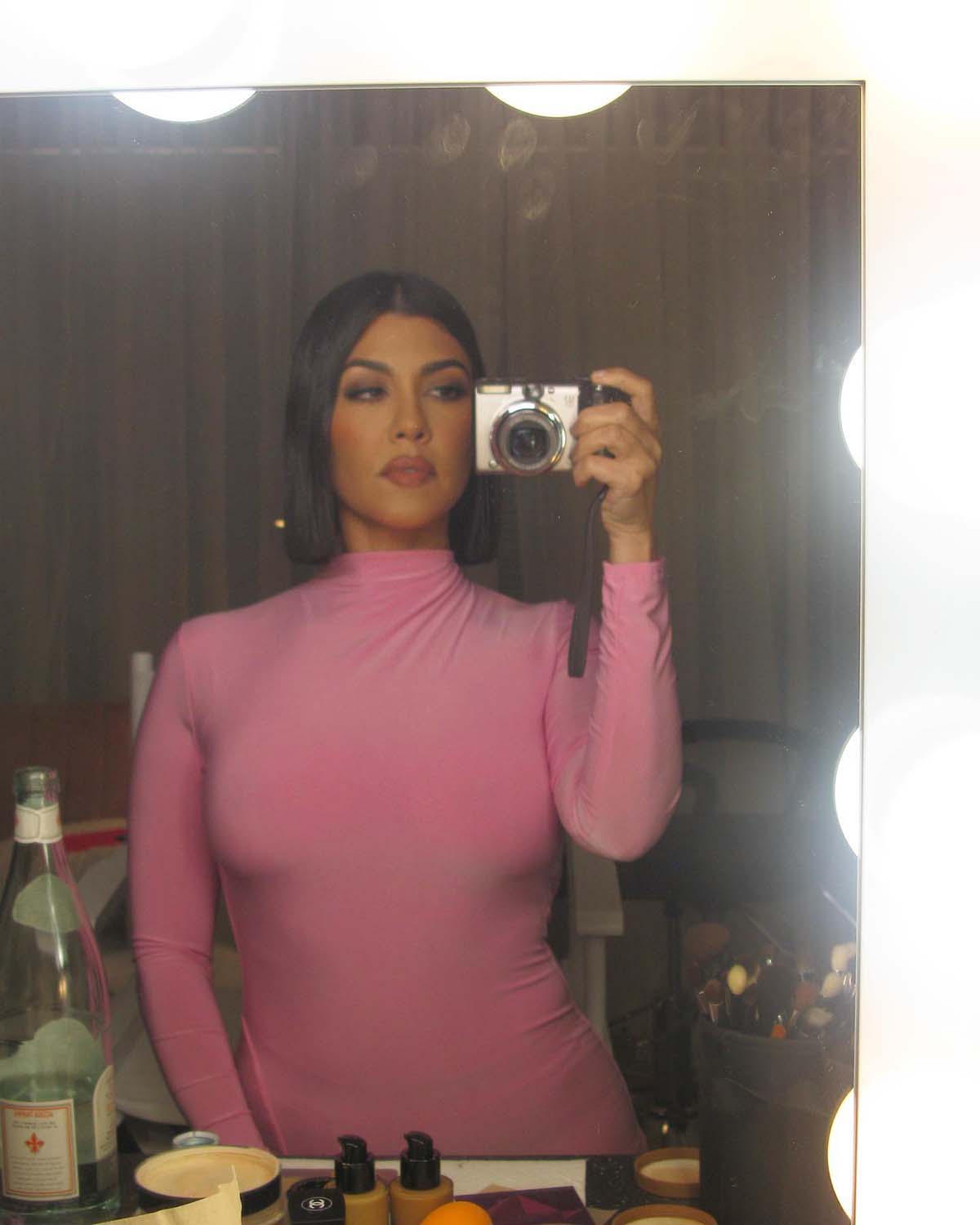 The Lemme entrepreneur and the Blink-182 rocker were first linked in January 2021 after years of friendship. After less than one year of dating, Barker proposed in October 2021 before the pair tied the knot in May.

Lingerie and Grills! Kourtney’s Wildest Fashion Since Getting With Travis

“I’ve been married once and I plan to be married for my whole life,” Kardashian gushed about newlywed life during an appearance on the “Not Skinny Not Fat” podcast earlier this month. “We both feel like timing is everything and the timing was perfect and I’m grateful for everything that led me to [him]. But we do say that. We’re like, ‘Oh, we could have had, you know, this many more years together and been doing all these things for so long.’”

While the twosome were eager to start this new phase of their lives and blend their families, they have still kept their separate homes.

“We want our kids to also feel really comfortable and they have both lived in their homes their whole lives for the most part, and they each have their rooms and we are a block away,” Kardashian told host Amanda Hirsch at the time. “When the kids are at their dad’s house, I stay at his house and there’s still nights when we’ll stay at each other’s houses in between. I get up at six in the morning and I carpool every morning, and then I go straight to his house and have matcha. He has it ready for me.”

Hulu has not confirmed further details about season 3 of The Kardashians, but new episodes of season 2 drop Thursdays.