Making history. The annual Electric Daisy Carnival (EDC) was truly out of this world — but not for the out-of-this-world reasons anyone could predict.

Tiesto, Zedd, David Guetta and Kaskade were just a few of the DJs performing at the legendary electronic dance festival, held from May 20 to 22 at Las Vegas Motor Speedway in Sin City. However, it was a surprise appearance by Snoop Dogg that really got the crowd hyped up.

The “Drop It Like It’s Hot” rapper — along with headliner Grimes — partnered with ZASH Global Media to drop exclusive ZASH NFTs from space via satellite for the awestruck crowd. 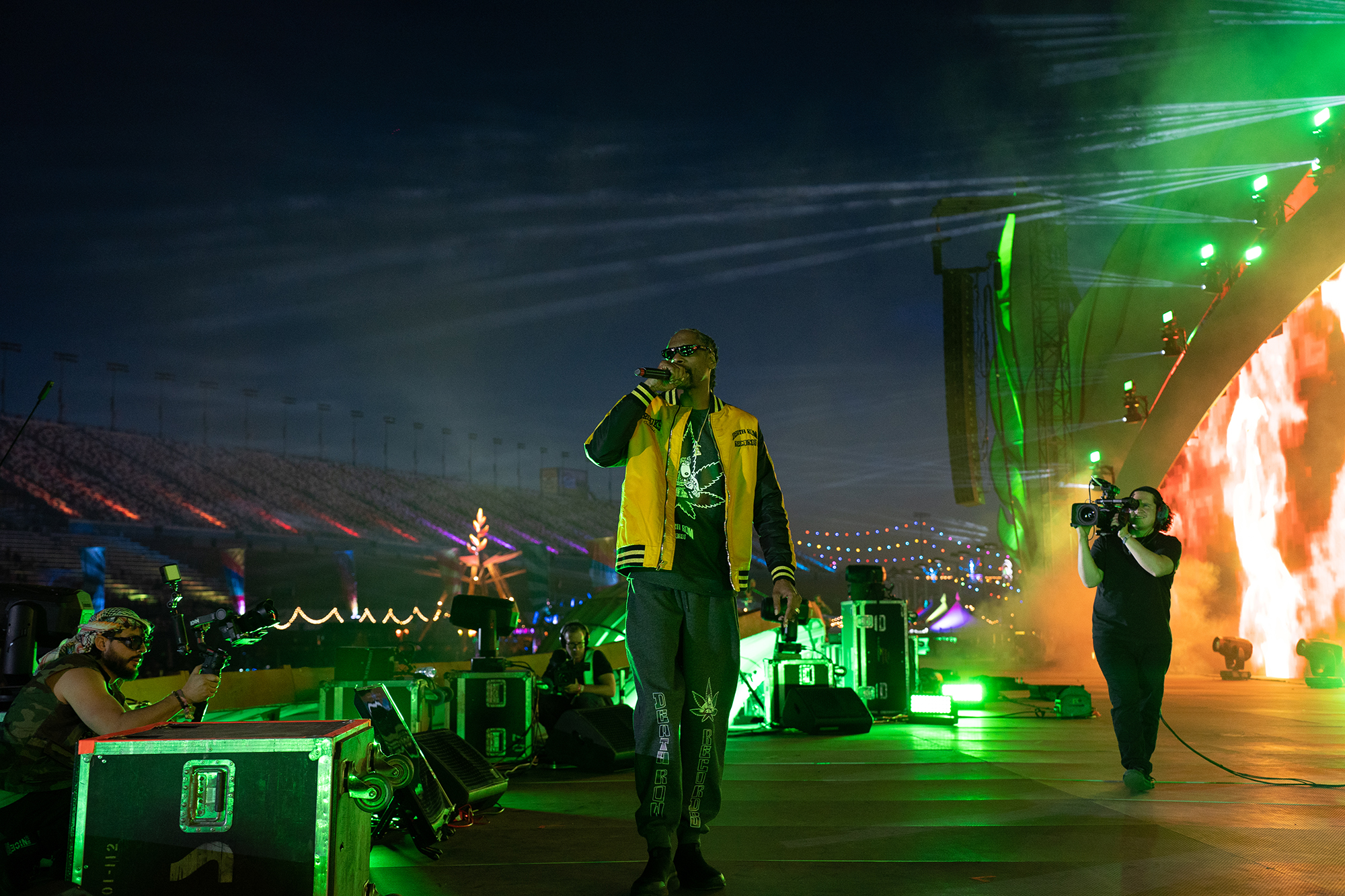 During Snoop’s surprise performance, the audience was captivated by an extraordinary light show when a galaxy of drones beamed a first-of-its-kind Bored Ape Yacht Club NFT into the sky, which has since been minted into its own NFT.

The California native, 50, knows a thing or two about the non-fungible token landscape: He’s set to release an NFT album called Da Da with DJ Steve Aoki this month.

DJ Steve Aoki: A Day in My Life

“It’s truly remarkable being a part of history and creating the first ever Bored Ape drone NFT for ZASH and Lomo at EDC 2022,” Bart Hendrikx from Drone Stories tells Us Weekly.

On the day of her DJ set, Grimes, 34, teased what was ahead. “Taking u on a T3chn0 Odyssey tonight at EDC with the first ever Space Drop …. And New unreleased Music,” she tweeted on Saturday, May 21, accompanied by a futuristic video. 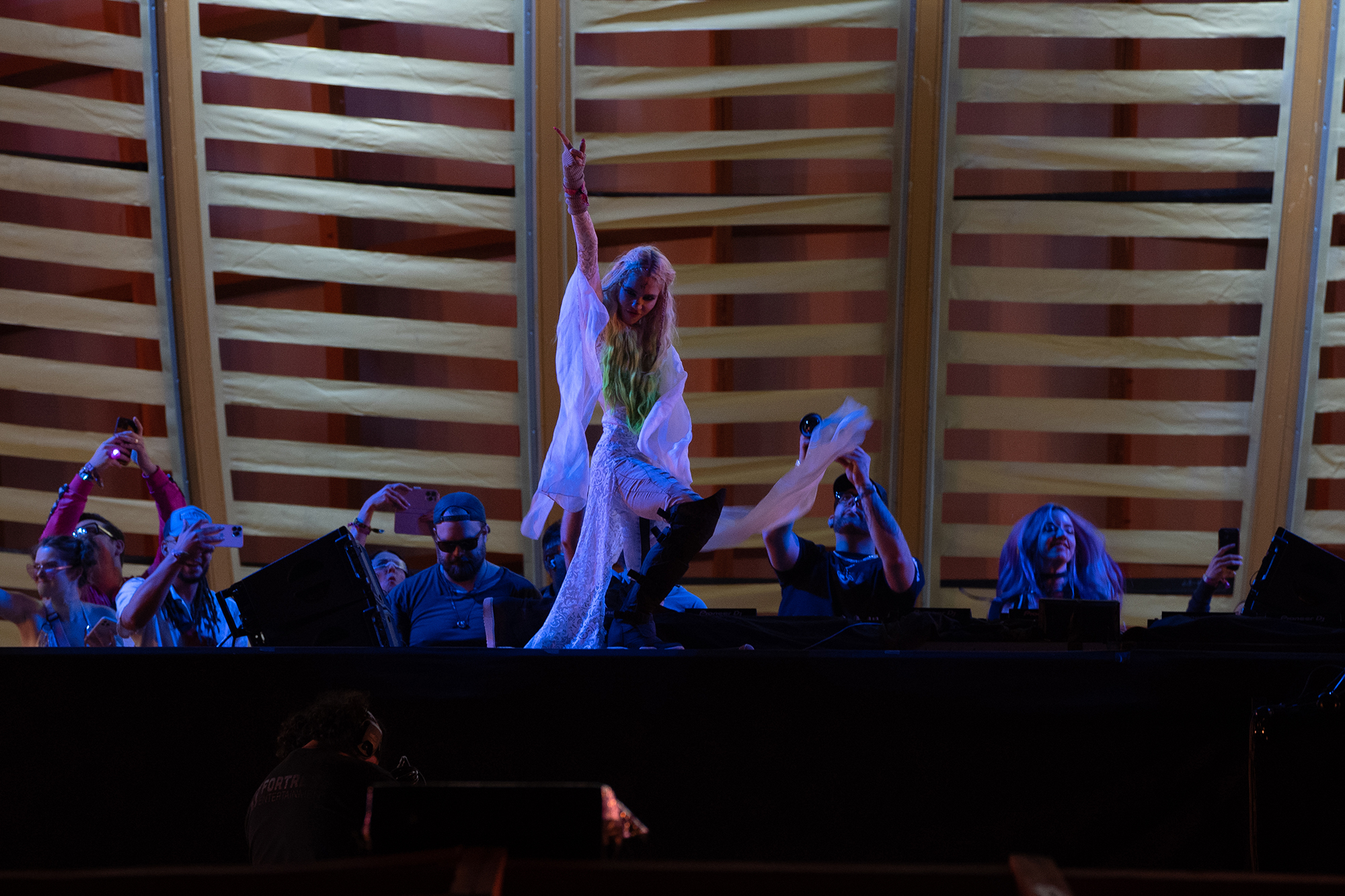 In the spirit of spreading the festival’s signature good vibes, ZASH also gifted one lucky concertgoer with the actual Bored Ape NFT (valued at nearly $300,000) that lit up the crowd in the drone show, while Lomotif gave away a new 2022 Tesla Model X Plaid.

Lomotif — a revolutionary video-sharing app slash social networking tool that allows users to upload performances, add their own creative touches and share it — was the official streaming partner for the world’s most sought-after EDM festival.

During the giveaway and livestream, Lomotif (known as Lomo for short) achieved astronomical numbers — boasting over 80 million views, more than 1 billion ad impressions and its Apple Store ranking jumped to 101.

Katy, Nicki and More Stars Who Have Surprisingly Never Won a Grammy

“This year we partnered with Snoop to provide an incredible performance, delivered two exclusive NFTs directly from space along with another incredible performer Grimes and produced one of the most technically difficult drone shows for the greatest EDM festival in the world.” 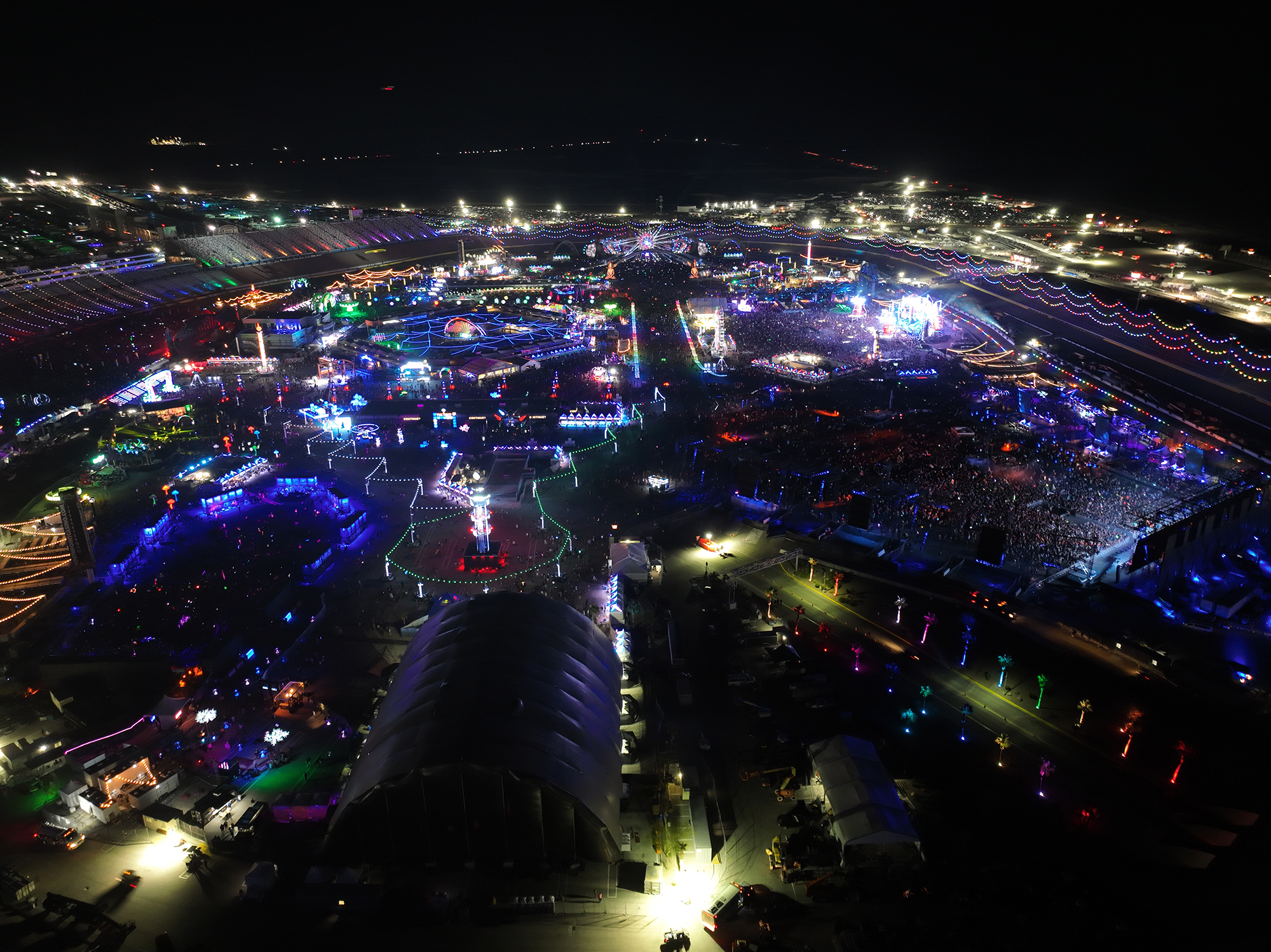 “Our strategic partnerships at EDC raise an amazing amount of visibility for Lomotif, which in turn drives millions of views and registered viewers to the platform.”

Sam Salony — producer for ZASH at EDC — couldn’t be more thrilled about where things are headed in the entertainment industry that is still recovering from the pandemic.

“We’re entering a new era that’s defined by an evolving relationship between tech and creativity; it’s an honor to work with artists who’ve not only made an impact in that space but have such a strong vision of where it’s going,” she tells Us. “That’s what ZASH is all about. Redefining limitations and creating something new.”