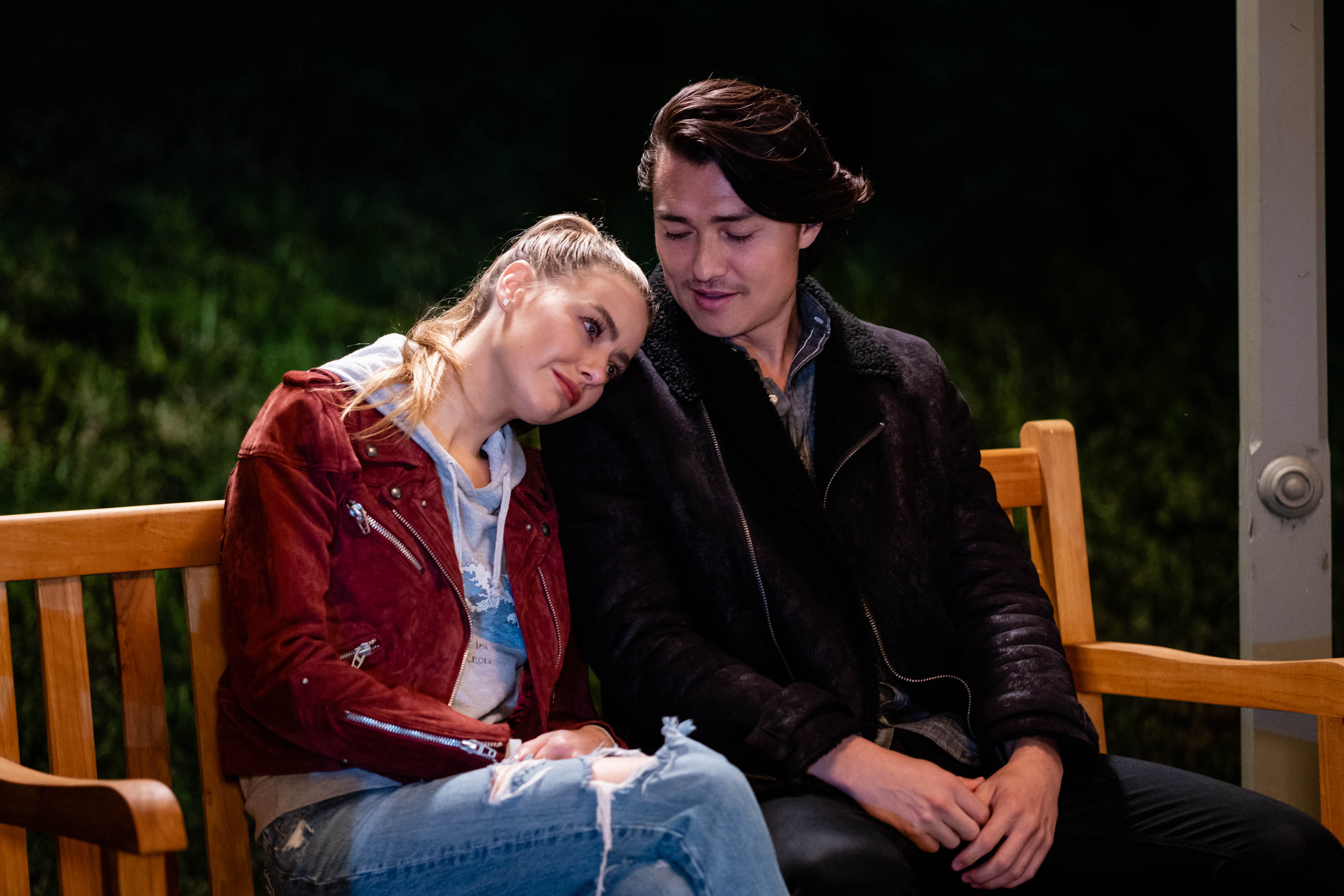 Leo (Tim Kano) has been playing a dangerous game since arriving back in Neighbours. His original intentions were far from saintly, having planned to drive a wedge between Nicolette (Charlotte Chimes) and Chloe (April Rose Pengilly) after believing her to be a bad egg. But his motives then transformed into taking Chloe for himself and he sank to an even lower level.

After realising his feelings for Chloe, he pecked away at her relationship, sewing seeds of doubt in her mind against the woman she loves so much. Now is the time he prepares to swoop in and finish off his plan. But is he prepared for the devastating outcome it will have?

He’s inwardly smug when Chloe arrives at the vineyard, her head a mess and in need of his shoulder to cry on. He obliges, offering her wine and a free space to chat in the hope it will bring them even closer. The wine keeps flowing and they’re both enjoying the evening too much, resulting in Chloe waking up wearing some of Leo’s clothes. In true Leo style, he’s vanished, leaving her to wonder if she’s thrown away her relationship on a night of passion with him.

She heads home with her tail between her legs and Nicolette starts to pick up on a weird vibe between her, Aaron (Matt Wilson) and David (Takaya Honda). Savvy Nicolette wonders whether Chloe is lying to her and when she manages to pick a hole in a lie. She has it confirmed – and the dam breaks.

Chloe confesses all about her night with Leo, leaving Nicolette devastated. Nic is then hit with another wave of betrayal when she learns Aaron and David were in on it in a bid to protect their own interests. And when Paul mistakenly takes everything out on her too, Nic gives up – she feels betrayed and rejected and doesn’t want to be here anymore. She flees.

Leo finally meets up with Chloe and admits they didn’t have sex after all, it was just a misunderstanding. Chloe then rushes to tell Nicolette the truth in the hope she can save her relationship. But it’s too late, heavily pregnant Nic is nowhere to be found.

But while Aaron, David and the rest of Ramsay Street are out searching for the vulnerable woman, Leo has other plans. Chloe turns to him in desperation, and he sees it as the green light, and makes his move.