Home » Lifestyle » Tatiana Maslany on why She-Hulk: Attorney at Law could be a smash

Tatiana Maslany, the Canadian actress best known for her Emmy-winning turn in the acclaimed series Orphan Black, plays Jennifer Walters, a dowdy 30-something who transforms into that frightening titular monster: an attorney at law! Just a bit of lawyer humour for you there. She’s also She-Hulk, obviously. 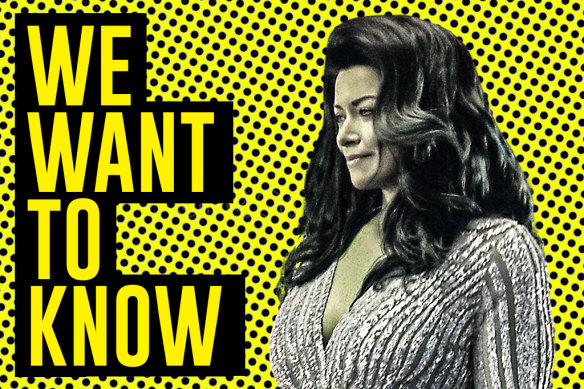 So, what was the scarier part to play: the big green monster or the lawyer?
(laughs) The lawyer, totally. There’s something about not only having to know the legal jargon, but deliver it as somebody who has studied it their entire lives and is also very good at their job. That’s the part where you start to get sweaty hands.

My lawyer friends are very excited for this series. I guess lawyers haven’t had much fun representation on TV since, like, Ally McBeal.
That’s actually been the main reference for this, Ally McBeal, which I’ve never actually seen. But also I watched Legally Blonde before this, and that’s a lawyer I can get behind. This show, it’s so irreverent. The She-Hulk comics, which I hadn’t read until I auditioned for this, have that winky, “yeah, we know it’s a comic” vibe to them.

Also, this is a weird connection, but I’ve been going back and watching a lot of Cheers. Woody Harrelson, he says things and it’s so real, you believe he’s that dopey dude. Those are my favourite comedies, where I believe the characters and they’re all absurd. That’s what She-Hulk offers too… relatable doofuses. That’s the pitch: we give you relatable doofuses.

Do you get to say “Hulk smash” in this show?
Maybe! Maybe I do. In my own way, though. 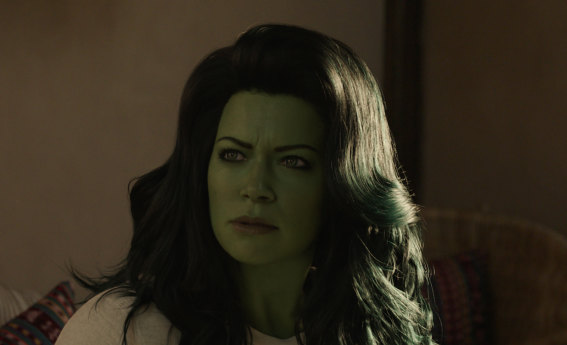 You don’t want to make her angry.Credit:Disney

Interesting. So you’re only playing two characters in this show – after doing 17 on Orphan Black, that must’ve been a breeze.
Totally. Short days, easy.

What do you enjoy about these roles that let you play with multiple personalities?
Yeah, it’s kind of weird that it keeps coming up. But identity is very interesting to me. Jen Walters and She-Hulk are the same person, separated by the difference of appearance and the way they take up space in the world. As a woman, that’s very compelling territory to play with. There’s respect, objectification, dismissal, all these things we can attribute to someone’s body just based on what they look like. That’s the juicy stuff that’s going on underneath what’s a very fun comedy. I think that’s what comics do so well, they can talk about things we’re all contending with but in a way that’s entertaining and doesn’t knock you over the head.

How did winning the Emmy for Orphan Black affect your life?
Well, even just being in the running for something like this big Marvel show, you know what I mean? There’s something about those awards that signals to people, like, “okay, bankable commodity” (laughs). There are certain touchstones that help get in doors, and that’s one of the weird parts of this job, that it’s a craft but also a business, and those accolades mean something to some people. 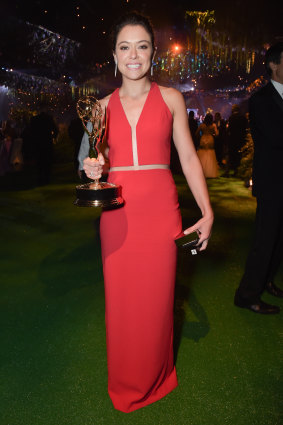 Maslany with her Emmy for Orphan Black in 2016.Credit:Richard Shotwell/AP

Where do you keep that thing?
Um, I think it’s in my storage locker in Toronto.

I was looking back at your acceptance speech for that on YouTube. You beat Claire Danes, Viola Davis… That must feel good.
Yeah, I totally beat them.

We all know it’s a serious competition.
Yes, and I’ve always been at odds with both of those women. It’s ridiculous that I was up there. If you watch closely, you can see a deep apology in that speech. “I’m sorry I’m up here.”

I feel like Australians and Canadians have similar sensibilities. Have you ever been down here?
I haven’t. I want to, badly. Someday. 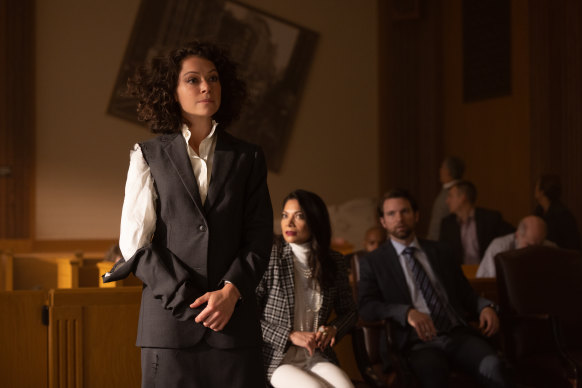 I could have been a Canadian. My folks are Argentinian. My dad tossed up between going to Canada or coming here. He picked here because no one likes the cold.
That’s fair. Where were they gonna live in Canada, though?

Toronto, I guess. Isn’t that where all the immigrants go?
Yeah, for sure.

What’s the coldest temperature you’ve ever experienced?
I mean, in my hometown of Regina, Saskatchewan, it goes down to minus 37 sometimes. You’d walk to school backwards so the wind wouldn’t freeze your face.

I think if there’s another Ice Age, Canadians will be the only ones that survive.
For sure. We have all the warm underwear that everyone’s gonna need.

Another question I always ask Canadians: who is your favourite from Kids in the Hall?
Oh my god, did you watch the new season?

It’s amazing.
It’s so good! They haven’t lost anything.

That first episode, when Dave [Foley] and Kevin [McDonald] get naked – you’re like, okay, they’re not messing around.
Totally. I mean, my partner and I were watching it and every episode we’d be like, Bruce [McCullough] is our favourite.

That is the correct answer.
With Bruce, I’m like, “This is the greatest man on the planet.” But just everything they’re doing. Like, as much as they are doing send-ups, their acting is really good! And they always play women with such a deep knowing. I have so much respect for them.

That was a fun Canadian detour. But back to She-Hulk.
Sure.

Did Mark Ruffalo give you any advice on how to approach the role? Because he’s done it for so long. He-Hulk, I mean.
Totally. His character in the show is kind of a mentor to Jen, so there was a bit of passing the torch. But the thing about Mark is he doesn’t purport to have anything figured out, you know? And that’s what makes him such an incredible actor and why he constantly surprises people with what he chooses to do. He was never like, ‘This is how it’s done.’ All he ever gave me was humility and a sense of, like, ‘I still haven’t figured this out.’ That to me is the curiosity of a great actor.

He seems like a wonderful man, just following him on Twitter and stuff. Is it all an act?
It’s all fake, he’s a dick. (laughs)

What about Eric Bana, did he give you advice? He did it first. Everyone forgets.
I’ll never forget, because they shot that in Toronto! I think. But Eric, no, Eric won’t return my calls.

Ugh, classic Eric.
Lou Ferrigno gave me a bunch of notes, though. (laughs)

The whole Hulk Society coming together.
Yes, there’s a little team of us that meet up just to talk about our problems.

She-Hulk: Attorney at Law premieres on Disney+ on August 18.

To read more from Spectrum, visit our page here.