Blow a kiss and hang on tight.

A new, terrifying tourist attraction in southwestern China clearly prioritizes offering a good time over ensuring safety. Called Blowing Flying Kisses, the ride is positioned over a 3,000-foot-tall cliff in the Chongqing municipality.

Two enormous statues hold observation decks — which have no seat belts, safety harnesses or other means of keeping riders from flying off the landings delicately built atop each statue’s right arm.

Clips of the ride in action have been making the rounds on social media, with commenters responding with a mix of awe and terror.

At the beginning of the ride, the statues — one man, one woman — bend down so riders can climb aboard the covered carousel each holds up at the end of its arm. Then the statues lift the rotating platforms upward, sending riders twirling through the sky.

There are no seats, and riders stand throughout the experience and are permitted to wander their respective platforms. Only their balance, wits and a waist-high gate that wraps the platform’s perimeter prevent them from flying off into the valleys below.

At the ride’s peak, the statues turn as though to kiss, bringing the two decks next to each other in the air. The statues are inspired by a mythical Chinese love story, Jam Press reported.

While video footage of the freshly opened attraction shows that Blowing Flying Kisses is not for the faint of heart, the surrounding views are inarguably stunning, with lush mountainside as far as the eye can see — for those who have the stomach to keep their eyes open during the ride, of course.

Earlier this year, a separate Chinese amusement park ride made headlines that forced the theme park to apologize after a horrifying publicity stunt in which a pig was made to bungee jump. Video footage of the far more gruesome attempt at amusement park entertainment showed two men hoisting the approximately 165-pound swine up a 223-foot bungee drop in what the park referred to at the time as an “experiment.” 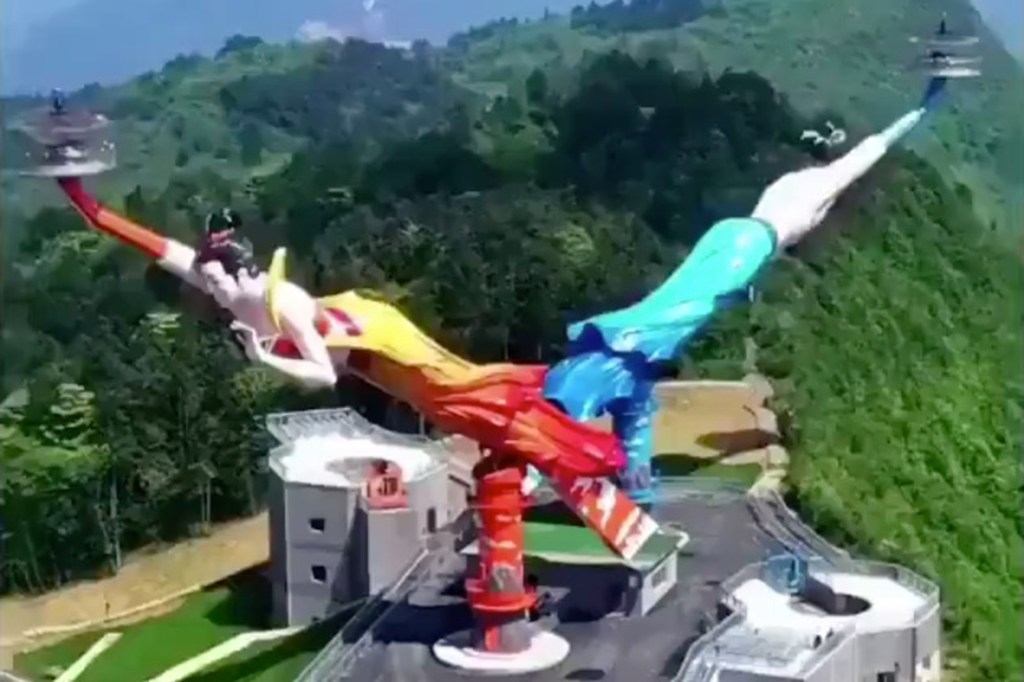 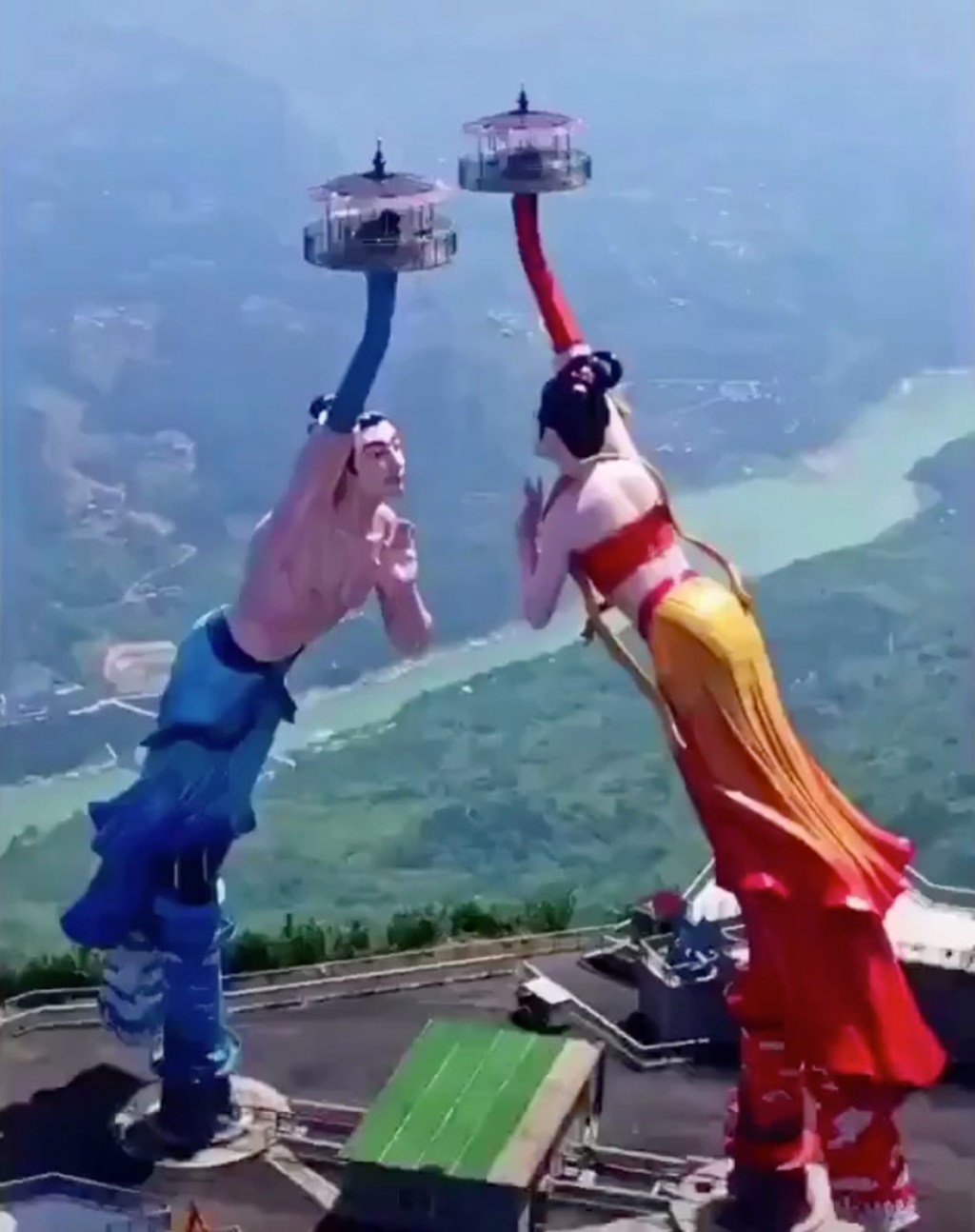 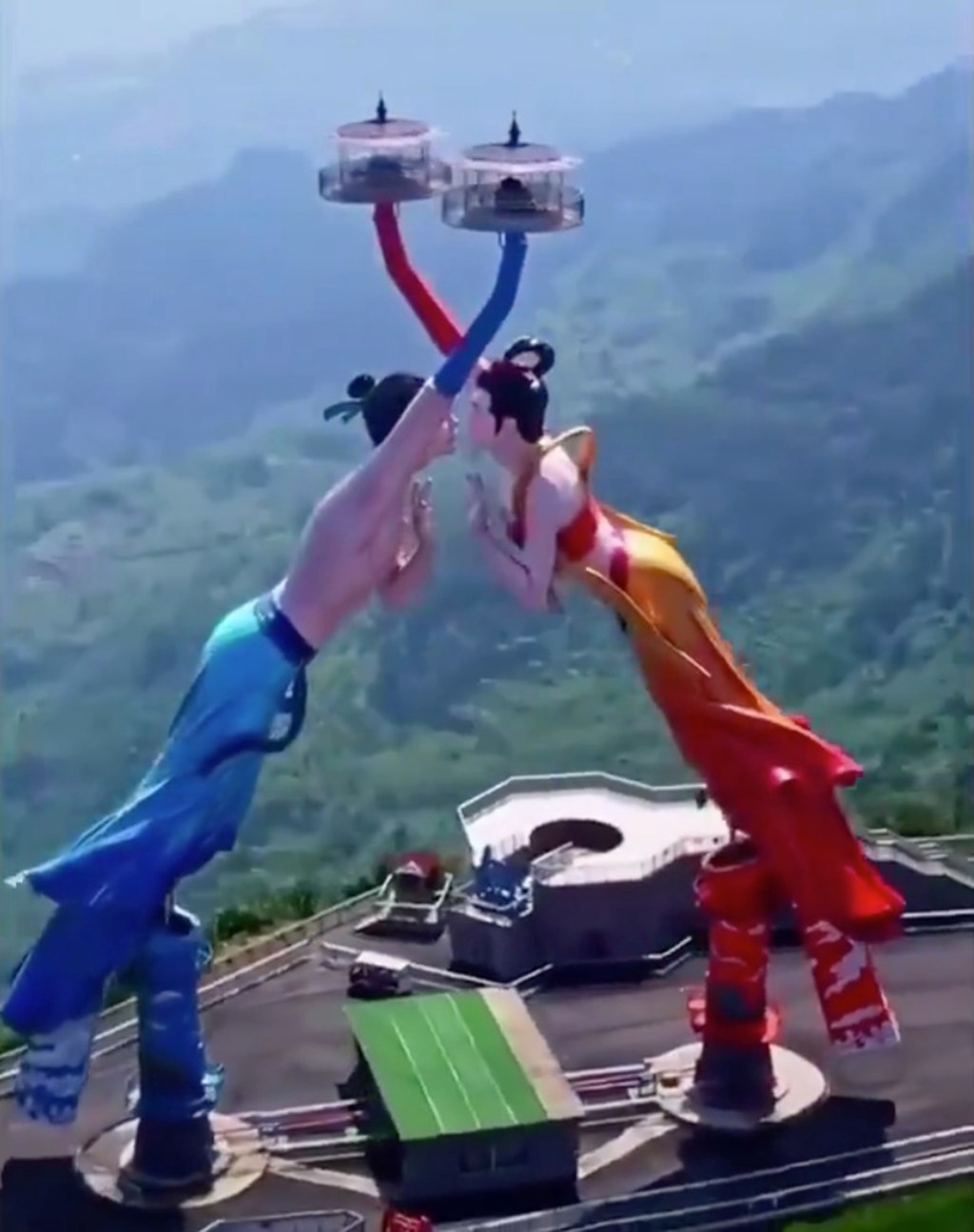 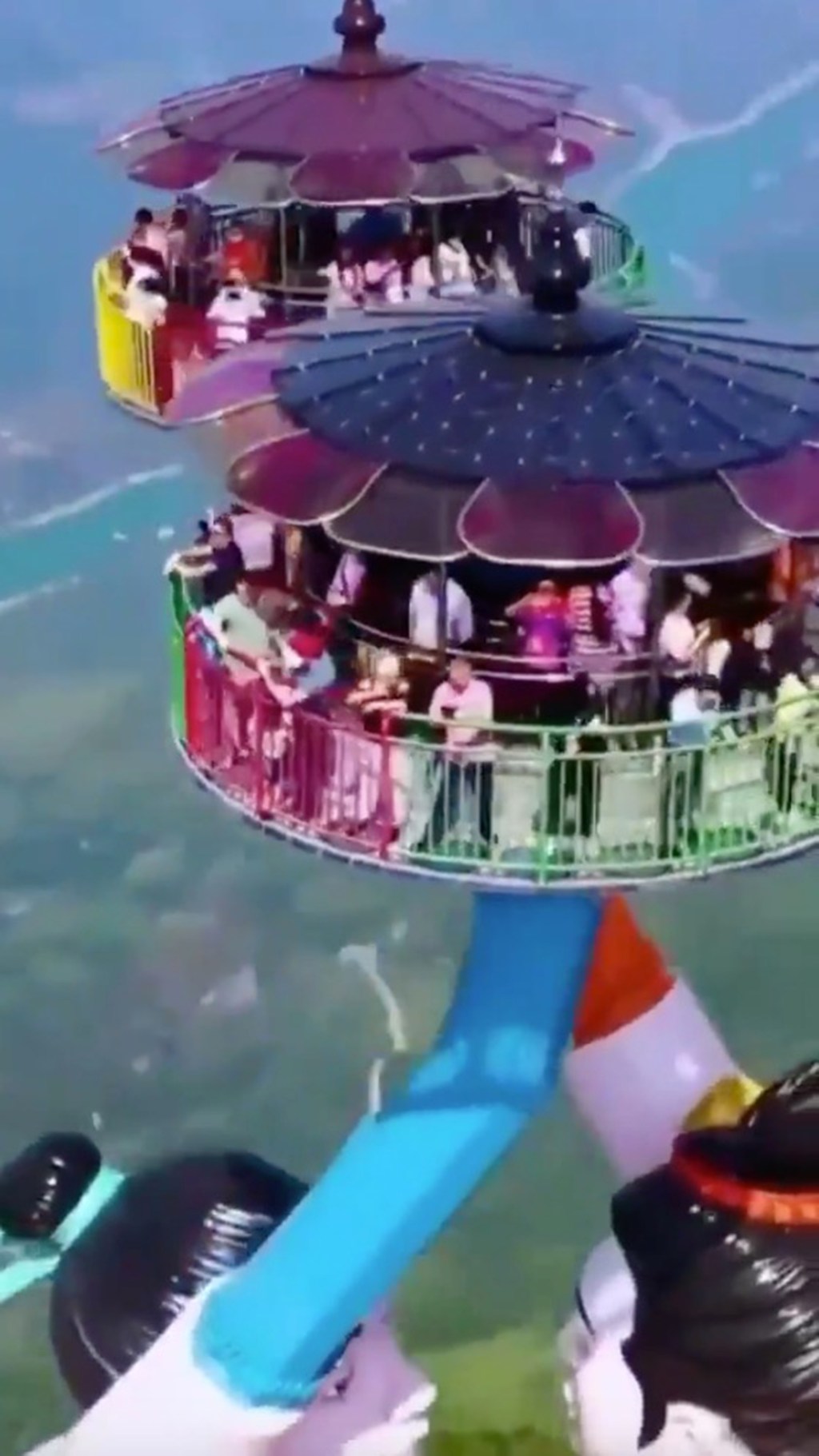 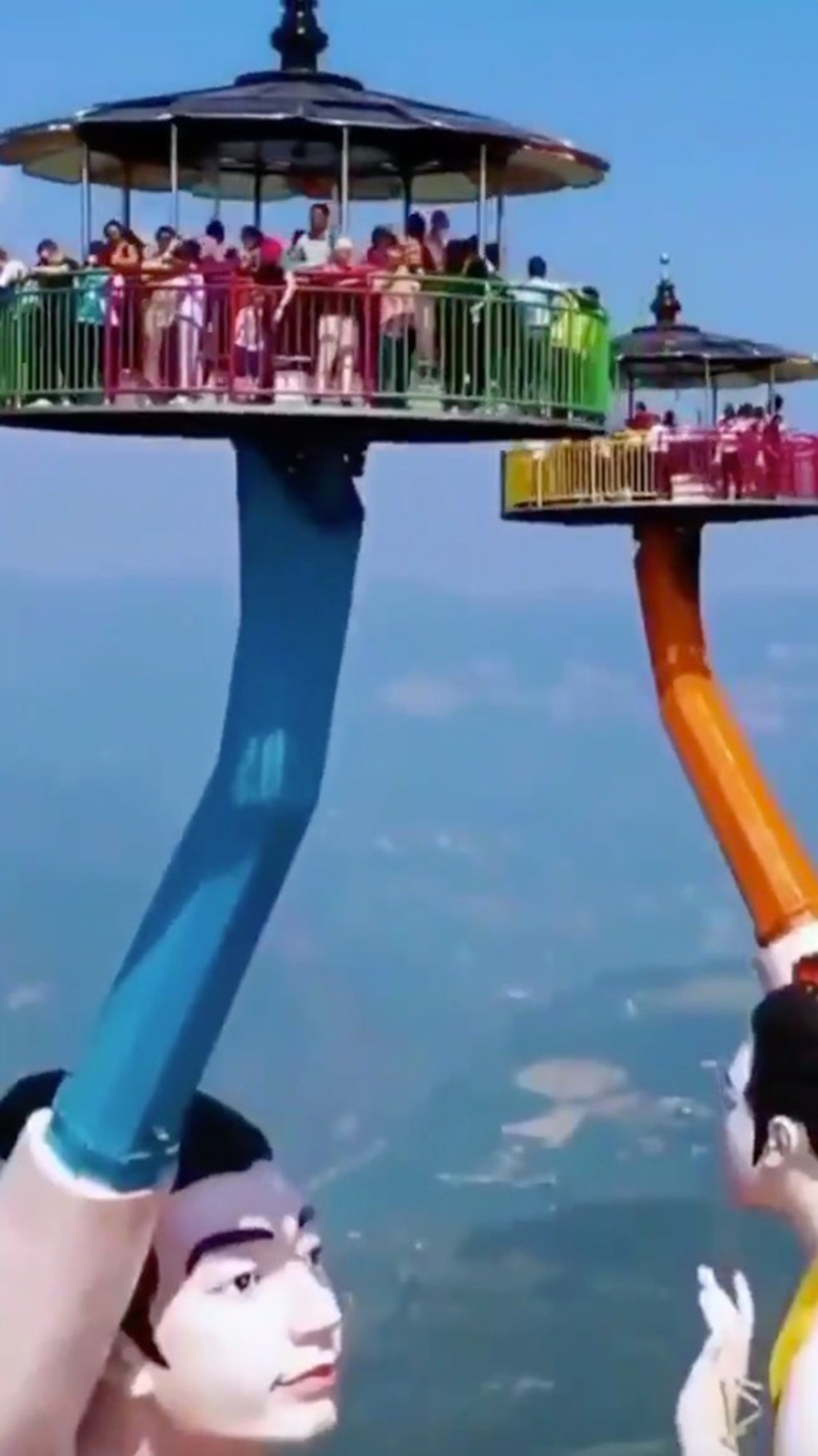 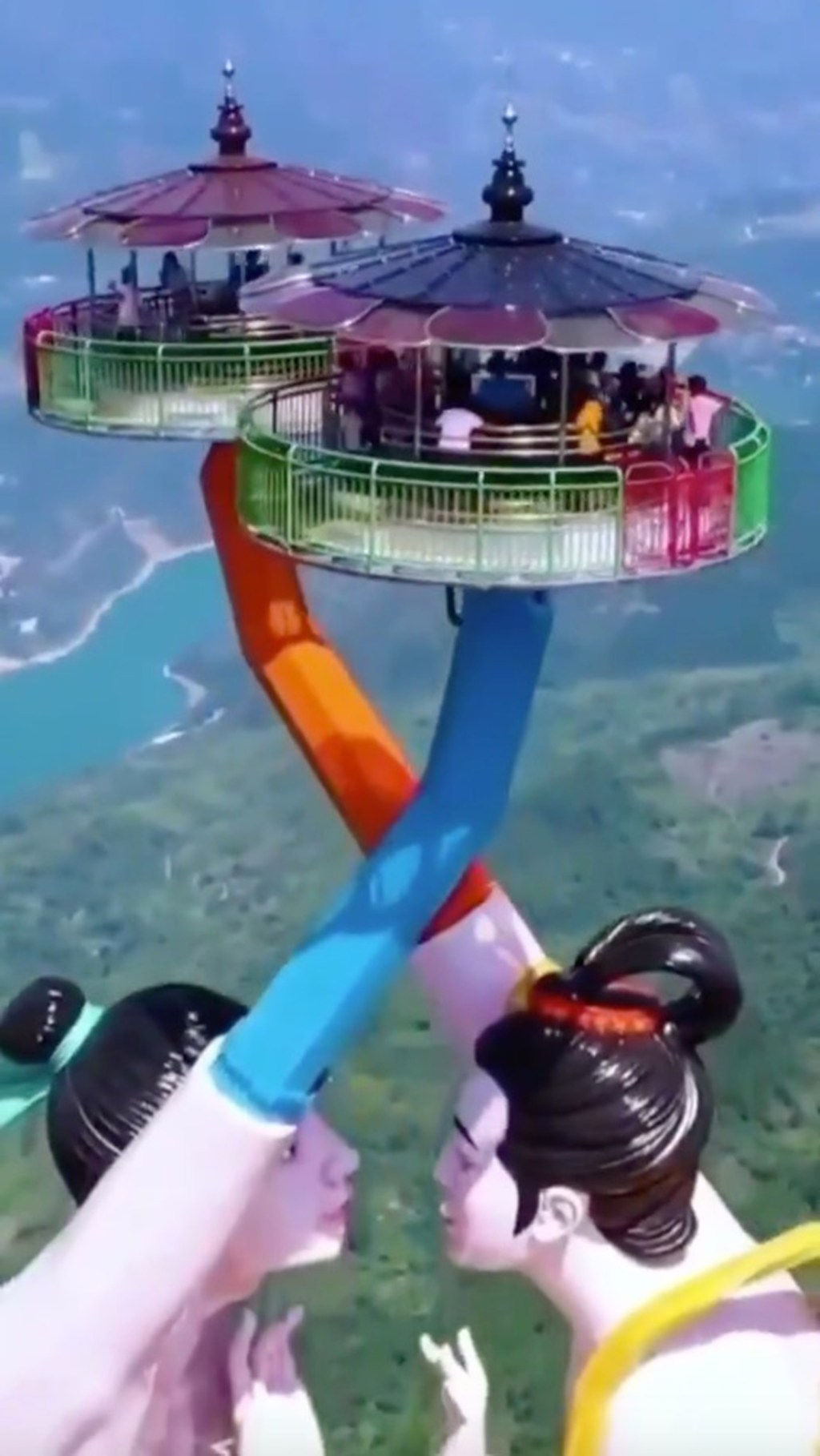