It’s almost time! Olivia Wilde finally shared the first footage of Don’t Worry Darling, her second movie as a director — and her first with boyfriend Harry Styles as a star.

The House alum, 37, posted a short clip via Instagram on Monday, September 13. “In theaters only,” she captioned the post, adding that the film will be released on September 23, 2022.

The movie’s plot is still shrouded in secrecy, but the clip shows Styles, 27, engaged in a steamy makeout session with costar Florence Pugh. There’s also a brief shot where the Little Women star, 25, sits poolside while someone brings her a drink. At another point, she screams while seemingly trying to remove plastic wrap from her head. 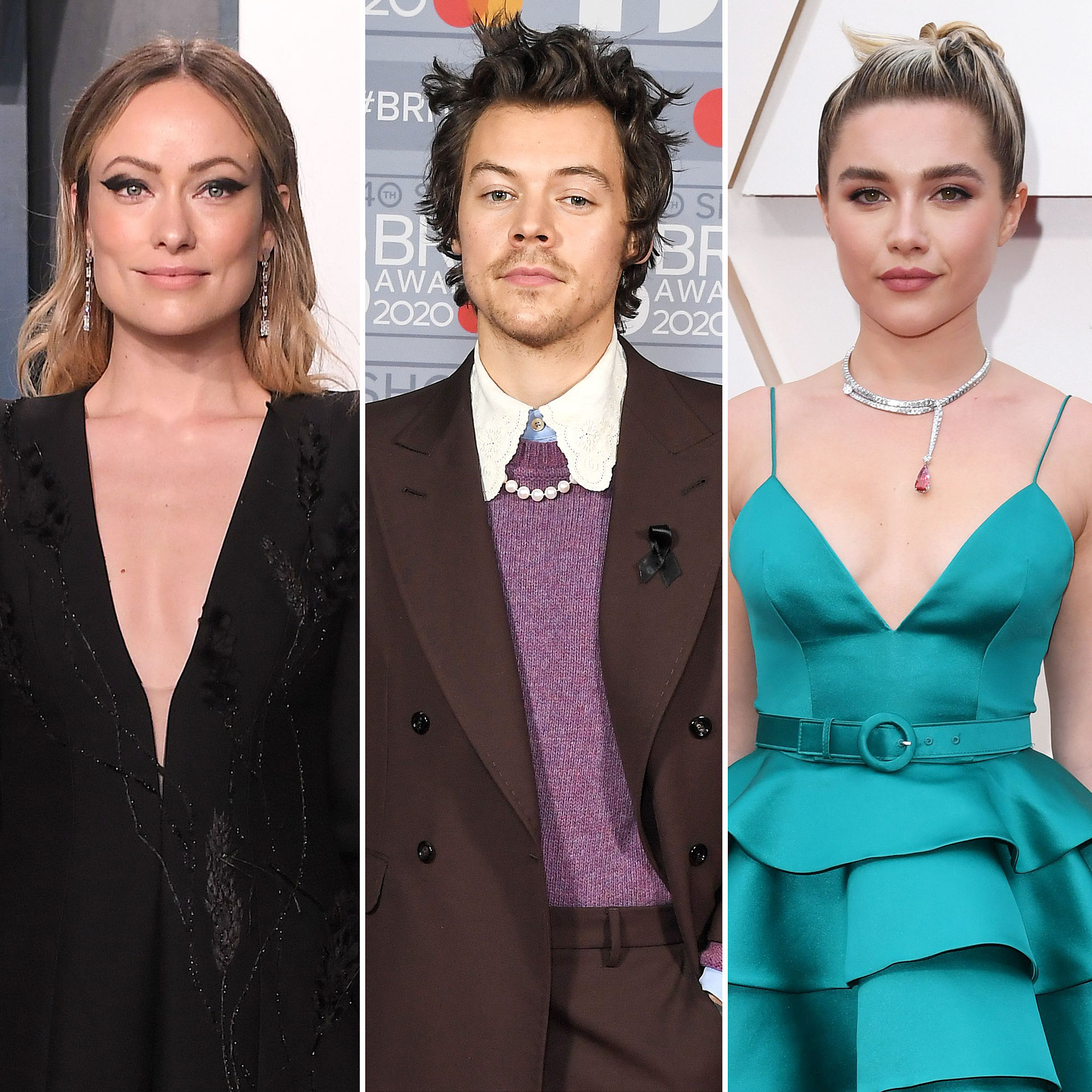 Filming for Don’t Worry Darling wrapped in February, at which point Wilde dedicated an Instagram post to the “Watermelon Sugar” singer. The Grammy winner replaced original star Shia LaBeouf in September 2020 after the latter was fired for reportedly clashing with cast and crew.

“Little known fact: most male actors don’t want to play supporting roles in female-led films,” the Booksmart director wrote of the former One Direction member. “The industry has raised them to believe it lessens their power (i.e financial value) to accept these roles, which is one of the reasons it’s so hard to get financing for movies focusing on female stories. No joke, it is harrrrrd to find actors who recognize why it might be worth it to allow for a woman to hold the spotlight.”

This was apparently not a problem with Styles, who made his film debut in 2017’s Dunkirk. “Enter: @harrystyles, our ‘Jack.’ Not only did he relish the opportunity to allow for the brilliant @florencepugh to hold center stage as our ‘Alice,’ but he infused every scene with a nuanced sense of humanity,” Wilde continued. “He didn’t have to join our circus, but he jumped on board with humility and grace, and blew us away every day with his talent, warmth, and ability to drive backwards. 👊 #dontworrydarling.”

The set also made headlines for being the place Wilde and Styles met. The couple were first spotted together off set in January, holding hands at a wedding for one of the “Adore You” crooner’s friends.

In July, an insider told Us Weekly that the duo were still “going strong” as they worked on different projects, often apart from one another.

“Olivia and Harry have an ease to their relationship, they love and support each other, but also let each other be free and work on their own,” the source explained. “Both of them respect the other’s work and never want to get in the way of each other.”

Earlier this month, the Drinking Buddies actress was spotted attending the Las Vegas stop of Styles’ current tour. “She was very happy for him and cheered him on,” an eyewitness told Us at the time. “She was hardcore dancing and clearly was very supportive. She recorded him from her phone when he was singing ‘Cherry.’”