Not messing around! Michelle Young started out season 18 of The Bachelorette strong during the Tuesday, October 19, premiere.

Michelle’s ‘Bachelorette’ Season: Everything to Know

The teacher was not willing to settle for anything less than the kind of love her parents have, and cohosts Tayshia Adams and Kaitlyn Bristowe were by her side to guide her through her search for Mr. Right. The former Bachelorettes did their due diligence before night one, going to the contestants’ hotel rooms to see whether they found any red flags. Tayshia and Kaitlyn discovered documents in Ryan’s room, in which he detailed his plans for the season — including how to not become the villain and how to get more screen time. 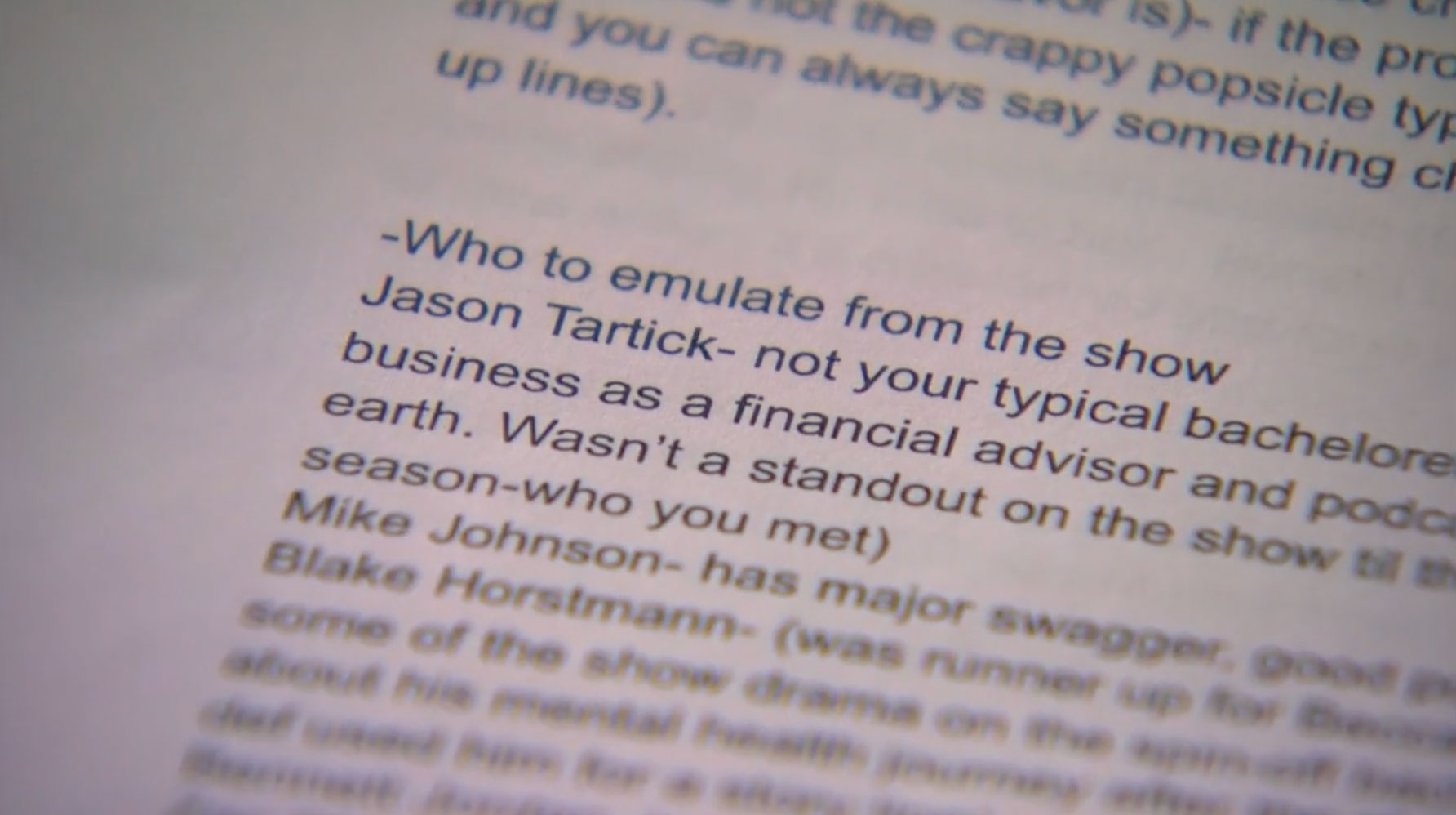 The pages featured a list of which past cast members — Kaitlyn’s fiancé, Jason Tartick, Blake Horstmann and Mike Johnson — he should emulate. There was also a section titled, “Getting a bad or good edit,” and advice to “make it seem like you’re super interested.” The notes concerned Kaitlyn and Tayshia, but they waited to share their findings with Michelle.

The Bachelorette subsequently met her suitors in a series of interesting limo entrances. Clayton encouraged her to spank him with a ruler, Rick arrived in a table with his head under a serving platter, Daniel rode on a toy fire truck and PJ came in a real fire truck. Joe, for his part, caught Michelle’s eye because he looked familiar to her. She asked whether she had slid in his DMs before and realized that he was someone she had briefly messaged with prior to the show … until he ghosted her.

Michelle pulled aside Joe to question why he stopped responding to her, and he explained that he had a lot of anxiety and struggled with opening up at the time because he had a property at George Floyd Square. The real estate developer wished he would have handled the situation with her better and said he was working on his communication skills in therapy. Michelle was hesitant to trust him because she worried he would shut down again in the future.

Ryan later took Michelle to the ice cream truck he brought in during his entrance. She felt a connection with him immediately, but she was quickly let down by the news from Kaitlyn and Tayshia about his pre-show research. Michelle confronted Ryan about their findings, and he claimed that his friend’s wife made notes for him on the Bachelor franchise because he had not seen much of the show. He also admitted to writing some of the facts himself.

Ryan and Michelle went to his room so that she could examine the documents. He doubled down that there was nothing to find other than notes he and his female friends made about the show, and he insisted he was there for the right reasons. However, Michelle read the pages for herself, including a section that said, “When watching The Bachelor, it is hard not to notice that these quotes are said at least every season or every episode for that matter.”

Michelle told Ryan that she was not comfortable starting a relationship with him when she saw red flags. He begged her to give him another chance multiple times, but she said that her decision was final, so she sent him home on the spot. 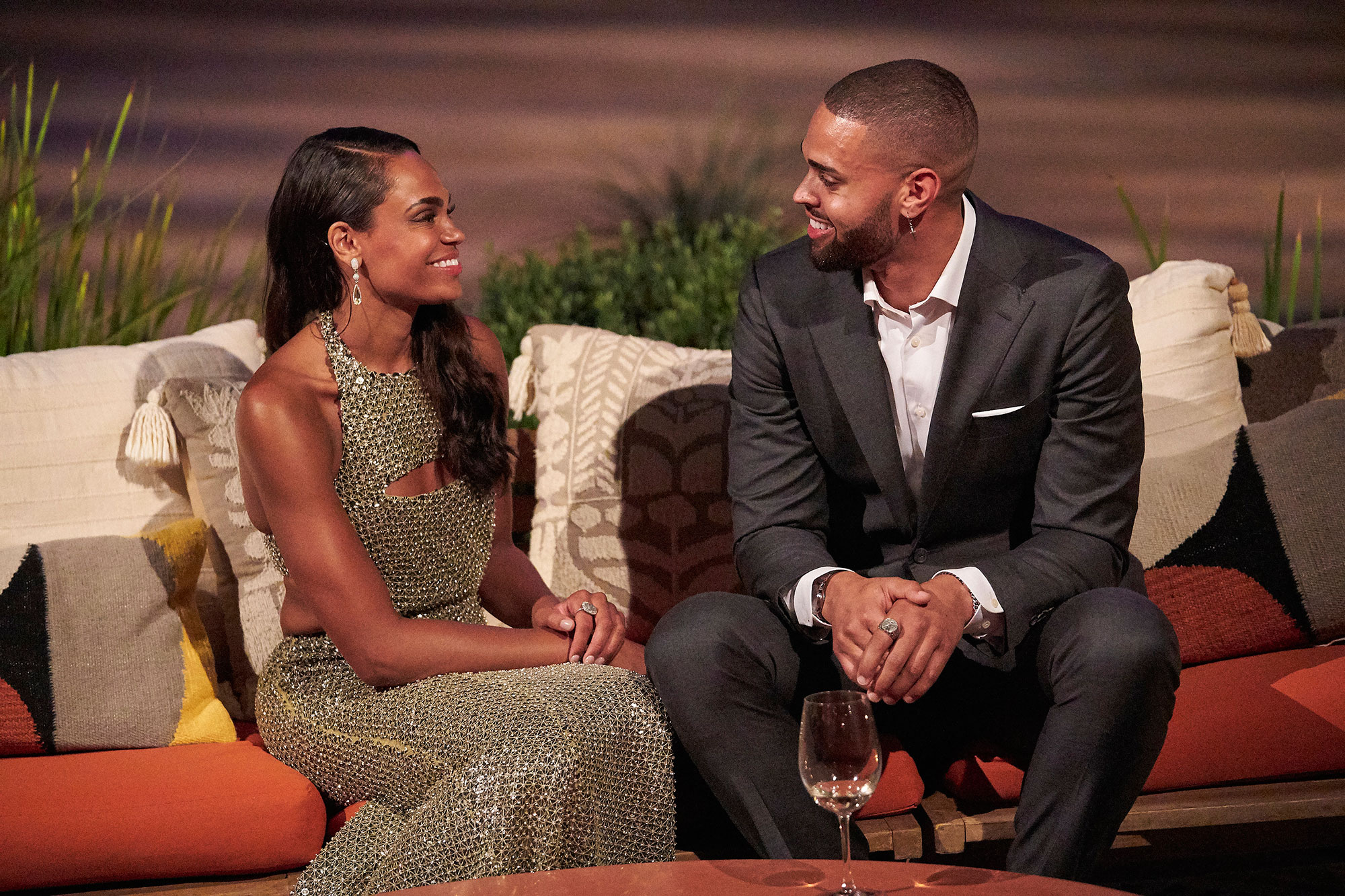 After the drama, Michelle bonded with Nayte, who opened up about his family and his parents’ divorces. She appreciated that their conversation reset the night for her and that he was genuine, and he felt better about sharing his feelings with her moving forward. Michelle later gave Nayte the first impression rose, and they kissed.

At the rose ceremony, Michelle still struggled to make a decision about Joe because she wasn’t sure of his intentions or whether he would hurt her. She even walked out at one point to collect her thoughts, but when she returned, she gave Joe a rose. Michelle sent home Brandon K., Bryan, Edward, Garrett, Jack and JoMarri.

The Bachelorette airs on ABC Tuesdays at 8 p.m. ET.