The New Radicals are reuniting on Inauguration Day for one very special performance — one that has an emotional tie to Joe Biden’s late son, Beau.

While First Gentleman Doug Emhoff chose it as his walk-on song during the 2020 Presidential Campaign, the single also has a very heartfelt connection to the incoming president. 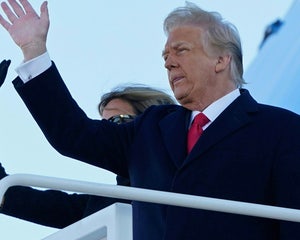 In Biden’s 2017 autobiography “Promise Me, Dad: A Year of Hope, Hardship, and Purpose,” about losing his son Beau to brain cancer, he wrote that “You Get What You Give” became a rallying call for his son during his battle.

“During breakfast, Beau would often make me listen to what I thought was his theme song, ‘You Get What You Give’ by the New Radicals,” wrote Biden. “Even though Beau never stopped fighting and his will to live was stronger than most – I think he knew that this day might come. The words to the song are: ‘This whole damn world can fall apart. You’ll be okay, follow your heart.'”

Frontman Gregg Alexander told Rolling Stone that “If there’s one thing on Earth that would possibly make us get the band together, if only for a day, it is the hope that our song could be even the tiniest beacon of light in such a dark time.” 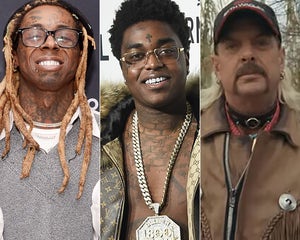 “Performing the song again after such a long time is a huge honor because we all have deep respect for Beau’s military service and such high hopes for the unity and normalcy Joe and Kamala will bring our country again in this time of crisis,” Alexander added.

“America knows in its heart that things will get bright again with a new administration and a real plan for vaccines on the way. That’s the message of the song … this world is gonna pull through.”

The New Radicals were a massive hit with the release of “You Get What You Give” in 1998 and found some success with their followup single, “Someday We’ll Know.” The group, however, disbanded before the second single was even officially released. Alexander continued to make music for other artists — including “The Game of Love” by Santana and Michelle Branch — before he and keyboardist Danielle Brisebois scored an Oscar nom in 2015 for their song “Lost Stars” from “Begin Again.”

The band will perform as part of the virtual Parade Across America event, which will follow Biden’s swearing-in at the U.S. Capitol. Others appearing at the event include Jon Stewart, Andra Day, Earth, Wind & Fire and viral skateboarder DoggFace. 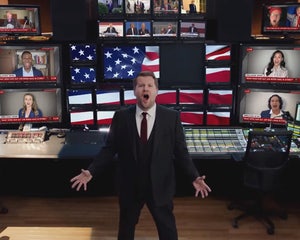