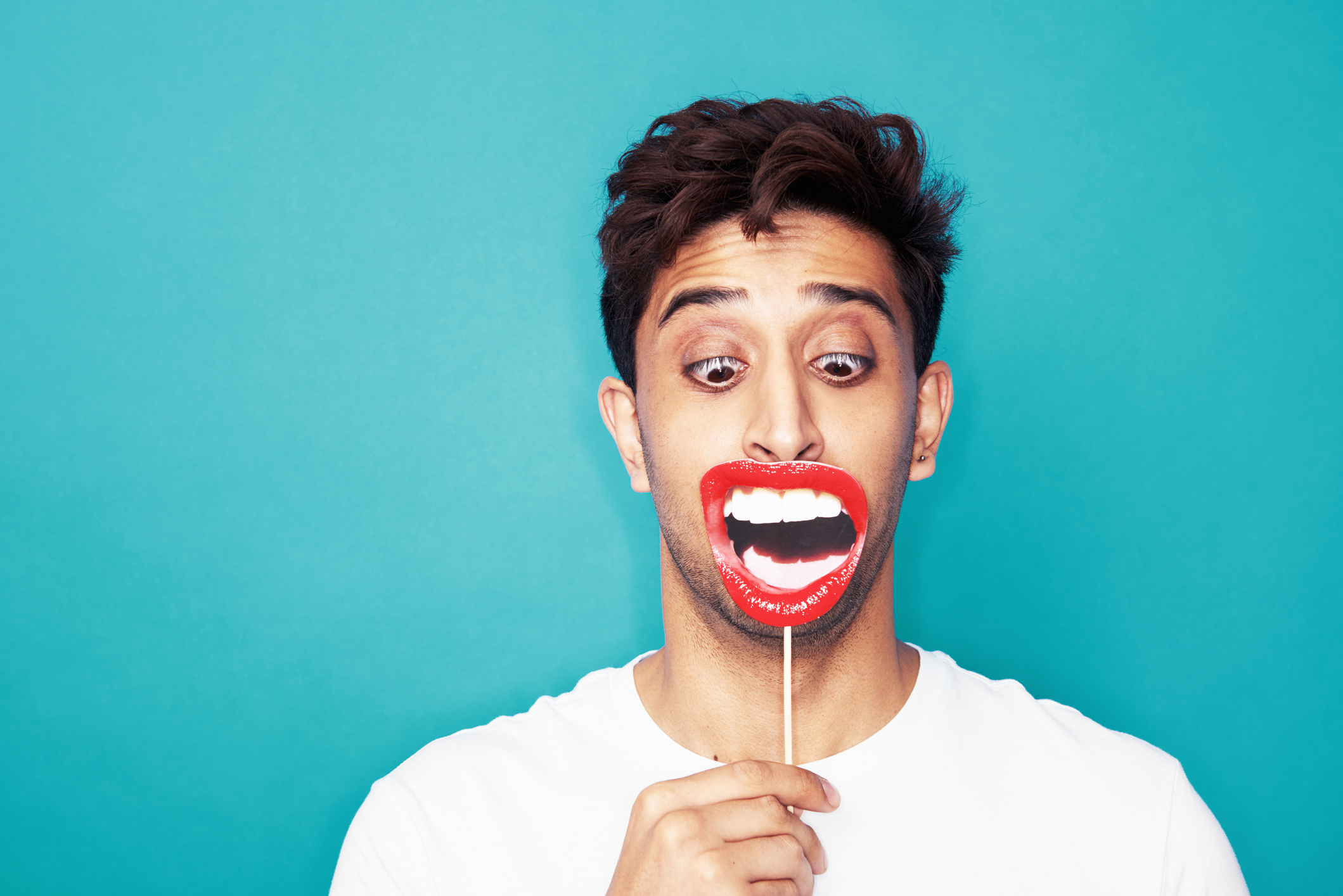 Everybody loves to laugh, which gives funny people an advantage in social situations.

They’re the life of the party, the sunshine on a cloudy day, and they often end up with partners who may – on the outside – be considered ‘out of their league’.

We know you can laugh someone into bed because we’ve seen it play out in our own circles, with the jokers among us winning out against the conventionally attractive but dull in their romantic lives.

Using rom-coms for relationship advice is rarely advisable, but life imitates art here in that these movies show how the confidence and positivity of a few well-timed jokes can be more powerful than any pick-up-line (or chiselled jawlin,e for that matter).

But some people aren’t so convinced about the attractive power of funny.

Jestermaxxing is a term that started among the incel (involuntarily celibate) community, and is used as an insult towards men who try to make women laugh.

Incelwiki defines it as referring to ‘a man acting in an entertaining, amusing, histrionic or dramatic manner, or acting in a certain unnatural way, in order to elicit or maintain female romantic attraction or to be accepted in a group’.

It’s explained that jestermaxxing tends to come in the form of self deprecating jokes, but some take it further by making a scene (such as purposely falling over) for attention or allowing themselves to be insulted to fit in.

Humour is one of the numerous things the manosphere calls a ‘cope’, a mental trick whereby people convince themselves their situation is solvable through action.

Some of those active on related forums deem themselves uglycels, arguing a deterministic view of attraction. They claim that Chads (stereotypical ‘Alpha males’) are able to make romantic connections regardless of their personality or efforts, and that straight women will always value the physical over any other quality.

In some senses, they’re not wrong. Various research has highlighted the importance of humour in forming relationships, but studies ranking desirable traits show that it isn’t the main deciding factor.

One such study claimed: ‘Individuals, particularly men, expressing humour were rated as more desirable than nonhumorous individuals for a serious relationship and marriage, but only when these individuals were physically attractive.’

That’s essentially what jestermaxxing as a theory hinges on, that those who aren’t tall, muscular, and masculine are fighting a losing battle by trying to woo with their personality.

But while the science may support that hot people become hotter when they’re funny, there’s a level of dogmatic thinking about women in incel circles that hurts those who believe in jestermaxxing just as much as those who actively do it.

Humans are not a monolith, and lumping a whole gender together – particularly when it’s suggested women are shallow or lack critical thinking skills – is bound to end in tears.

Then there’s the fact that jestermaxxing presumes that men only behave in certain ways with a view to having sex. What’s the point of interaction with a woman if they don’t receive an orgasm in return, right?

We need to stop making boys feel like they should perform like peacocks to appease a made-up set of ideals, as well as promoting the idea that you can (shocker) be friends with women – and that, in itself, isn’t a booby prize because you failed to penetrate them.

Those who intentionally jestermaxx, however successfully, are also starting connections off on a disingenuous footing.

Match’s dating expert, Hayley Quinn tells Metro.co.uk: ‘A lot of men will feel the buck stops with them to “perform” and impress a woman, but jestermaxxing takes this several steps further, by consciously creating a persona that you think will be attractive and is not true to your nature.

‘The problem with this is that playing a role on your dates will feel exhausting – often for your date too, trying to keep up with you.

‘This behaviour ultimately sends a message that you believe you can’t be accepted for who you are, which shouldn’t be the case.’

An article in Mel Magazine explored the phenomenon of women who actively disliked funny men, finding that for the most part it wasn’t the humour itself that turned them off, but the bravado, childishness, and insincerity that often come with it.

Liz, a woman they spoke to who’d sworn off funny valentines after dating a string of comedians said: ‘There always seems to be some validation-seeking in funny men that’s rooted in insecurity, and that’s so unattractive to me. When a guy thinks he’s funny, there’s usually a lot of emotional labor involved that’s just not worth it.’

She added: ‘It’s hard to feel secure with someone who’s always trying to get attention from everyone.’

Both the theory of jestermaxxing and the practice itself are flawed, with set-in-stone dating strategies as a rule belying a level of misogyny.

Incels may be correct in implying that it’s not a good idea to fabricate parts of your personality to attract someone, but that’s where the good insight ends.

It’s important not to get trapped in a negative feedback loop when trying to find love, something which can only be exacerbated by incels’ fixed (and unproveable) narrative. How are you supposed to be a likeable person that others want to be around when you’re set on the fact you’re beyond hope?

Hayley says: ‘Instead of trying to copy someone else’s behaviour, or put on an act, I’d instead advise men out there to become more comfortable in sharing their real sense of humour.

‘They should try to focus on being more authentic on their dates, as it is only when we truly love ourselves, that we have the capacity to truly love another.

‘Not everyone may share your natural love of sarcasm, but the women who you are most compatible with for a long term relationship (your “keeper”), will.’

Dating is tough, and it’s understandable you may want to show off a trait that you think will boost your chances of finding love. It’s when you’re masking your true self with metaphorical clown makeup that you end up doing yourself – and your date – a disservice.

Be real, treat women like humans rather than codes to be cracked, and try not to take relationship advice from those who actively admit not experiencing them.

Then, when you do meet the right person, you’ll be safe in the knowledge that they haven’t fallen for a made-up idea, but the unadulterated you.

Rush Hour Crush – love (well, lust) is all around us

Tell us about your Rush Hour Crush by submitting them here, and you could see your message published on the site.