Despite his status as one of the genre’s brightest local stars, Brad Cox wasn’t always into country. His first forays into playing music as a kid involved “your standard AC/DC school band covers”.

But growing up in Jindabyne, in NSW’s Snowy Mountains, births a little country in one’s veins. In his teen years he delved into the heavier country-rock of US stars Jason Aldean and Brantley Gilbert, and the genre’s hooks took hold. 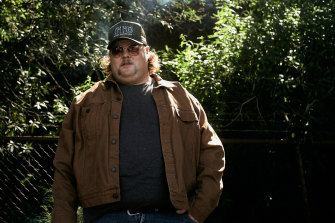 “I spent every weekend riding motorbikes and hanging out at my friends’ properties so the songwriting felt very real and relatable for a kid like me who grew up in a small town,” says Cox, whose album My Mind’s Projection was one of last year’s most acclaimed local country releases.

On Friday Cox, now based in Rockhampton, begins hosting a new country show on Apple Music radio titled Happy Hour Down Under, a massive global platform for local country.

The initiative further underscores the surging popularity of country music in Australia, and how important the genre has become to streaming platforms.

According to an Apple Music spokesperson, country music is the platform’s “fastest growing primary genre in Australia” and “Australia continues to be in the top three country markets worldwide for Apple Music, behind only the US and Canada”. The service’s top country playlist Today’s Country has also “seen substantial growth, up 50 per cent year-on-year.”

He says the genre’s increased visibility on streaming and the efforts of major festivals like CMC Rocks and Country 2 Country – which before COVID had regularly toured major US names including Luke Bryan, Miranda Lambert, Kacey Musgraves and Tim McGraw – have driven the growing appetite for country in Australia.

“I think bringing big mainstream commercial country acts out of the States and international markets to a younger audience in Australia has really pushed forward the genre here,” Cox says.

“But it’s also accessibility to things like these streaming radio stations and playlists. It’s just country music popping up a lot more in pop spaces which is leading people to check more of it out.” 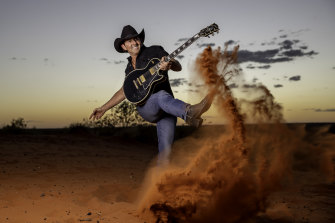 Lee Kernaghan will take part in CMC Rocks Your Yard this weekend.Credit:ABC Music

Cox’s show launches the same weekend as CMC Rocks Your Yard, a special virtual edition of the massive festival that’s been cancelled due to COVID for its past two iterations. The virtual festival, also broadcast on Apple Music Country, will be hosted by Evans with a series of live performances and interviews from both international and local artists.

Country lifer Lee Kernaghan, among the numerous acts appearing at CMC Rocks Your Yard, recalls that country was such a minor genre in Australia when he was coming up in the early ’90s that any career ambition was muted.

“Back when my career kicked off I was just happy to be able to make one album. That felt like a privilege in itself. To think that 25-odd years later I’m still here and making music, well…” he laughs. 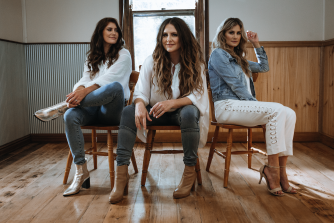 Kernaghan, who’s currently filming a documentary covering his career in country, performed at one of the earliest CMC Rocks in the Snowy Mountains in 2010. He says the growth of the genre in Australia is “awesome”.

“We’ve got a saying up here in Queensland, ‘The cream rises to the top’. Good music, no matter what the genre, it’s always going to find an audience. Events like CMC have been amazing in showing people just how good [country] can be, how much fun and how engaging, and it’s just gotten bigger and bigger.”

“Growing up it felt like we were the only ones at school into country music. We now see those friends at country music festivals and following and supporting all the artists on social media,” she says.

“The festivals have become bigger, and the demographic has grown tremendously. The young ones show up and are so into it. Now when artists say they play country music people don’t turn away, they’re more intrigued and open to it. It’s fantastic.”

“I just want people to crack a tin with their friends, treat it as if it’s a festival or a gig, and have a good time for an hour. That’s what it’s for.”