Home » Lifestyle » ‘They will degrade you’: former cop hits out at courtroom treatment of rape victims

Vincent Hurley was a police officer for 29 years.

He told Q&A on Thursday night that he regularly felt he failed victims, because of the two versions of justice that deal with sexual violence against women. 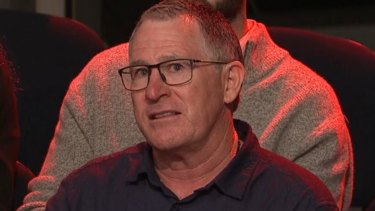 Mr Hurley was in the audience of the ABC program, which was dedicated to the issue of sexual consent.

“I hate to say it but there’s only two types of justice – those who can afford it and those who can’t,” the now lecturer in Criminology, Police and Policing at Macquarie University said.

“And if you get a barrister or a solicitor who is very good, they will degrade you and they will cut you to shreds and make you look like you are the liar.

“Once they’re in the witness box they’re on their own and there is absolutely nothing you can do sitting at back at the court going ‘oh my God this poor individual’s being carved up’ and we have done our best to try and get them through the process.

The program was opened by Saxon Mullins, who also sat in the audience. Ms Mullins was assaulted in 2013 in Sydney’s Kings Cross. 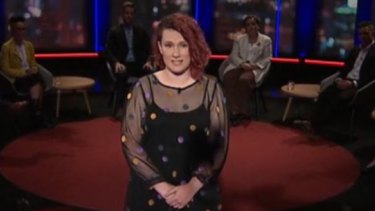 Saxon Mullins on ABC’s Q&A devoted to the issue of sexual consent.Credit:ABCTV

But after four years, her case ended in an acquittal after two trials and two appeals when the court determined there was a mistaken belief that she gave consent.

“I was labelled an unreliable witness to my own story,” she said.

Her case sparked a review of sexual assault laws in New South Wales and triggered a debate about consent.

“The momentum we’re seeing right now that real, lasting change from this and that survivors will no longer have to lay their trauma bare to be heard,” Ms Mullins said.

Asked to respond to Vince’s comments about how close the system pushed her to breaking point – she said: “I don’t think it comes close, I think it just does.”

Michael Salter, associate professor of Criminology at the University of New South Wales said the criminal justice system required “tremendous amounts of reform,” in order to deliver for victims.

He said this could include specialist courts and mandatory trauma training, with only 10 per cent of victims reporting sexual assaults to police.

“Ninety per cent of people who are sexually assaulted frankly do not trust that they will be well treated and frankly that suspicion is well-placed,” Professor Salter said.

“The prosecution process is absolutely brutal.”

The panel rubbished a proposal by the NSW police commissioner Mick Fuller that people register consent on an app before they had sex.

“Consent is a really complex issue, it’s a complex process … it’s not swiping left on an app,” Mr Salter said.

“Consent is not just a procedural, legal, tick-box exercise.”

Yumi Stynes, author of Welcome to Consent, said of the idea: “It stinks.”

She said it dangerously signalled “a free-for-all” instead of acknowledging that consent is an ongoing process during sex.

However, Vincent Hurley said if the idea saved one rape it would have served its purpose.

“I can’t say I’m cynical about it although I do have reservations about it.

“Overall, to me, as long as it keeps the conversation going and alive and in the public domain, that’s more important to me.”