Tom Hanks cruised through his appearance on “The Late Show” Thursday without a single mention of his outburst at fans the night before.

The Oscar-winning actor, 65, appeared on the Stephen Colbert-hosted late-night show to promote his new movie, “Elvis.” He participated in a funny “family meeting” skit and did an interview, but Colbert conveniently declined to ask about the incident.

(Hanks’ reps likely requested no questions about the ordeal, if we had to guess.)

As Page Six previously reported, Hanks told a group of fans Wednesday night to “back the f–k off” after one person touched his wife, Rita Wilson, and caused her to nearly fall onto the sidewalk.

“My wife? Back the f–k off! Knocking over my wife?!” Hanks screamed before the couple hustled into a waiting car. 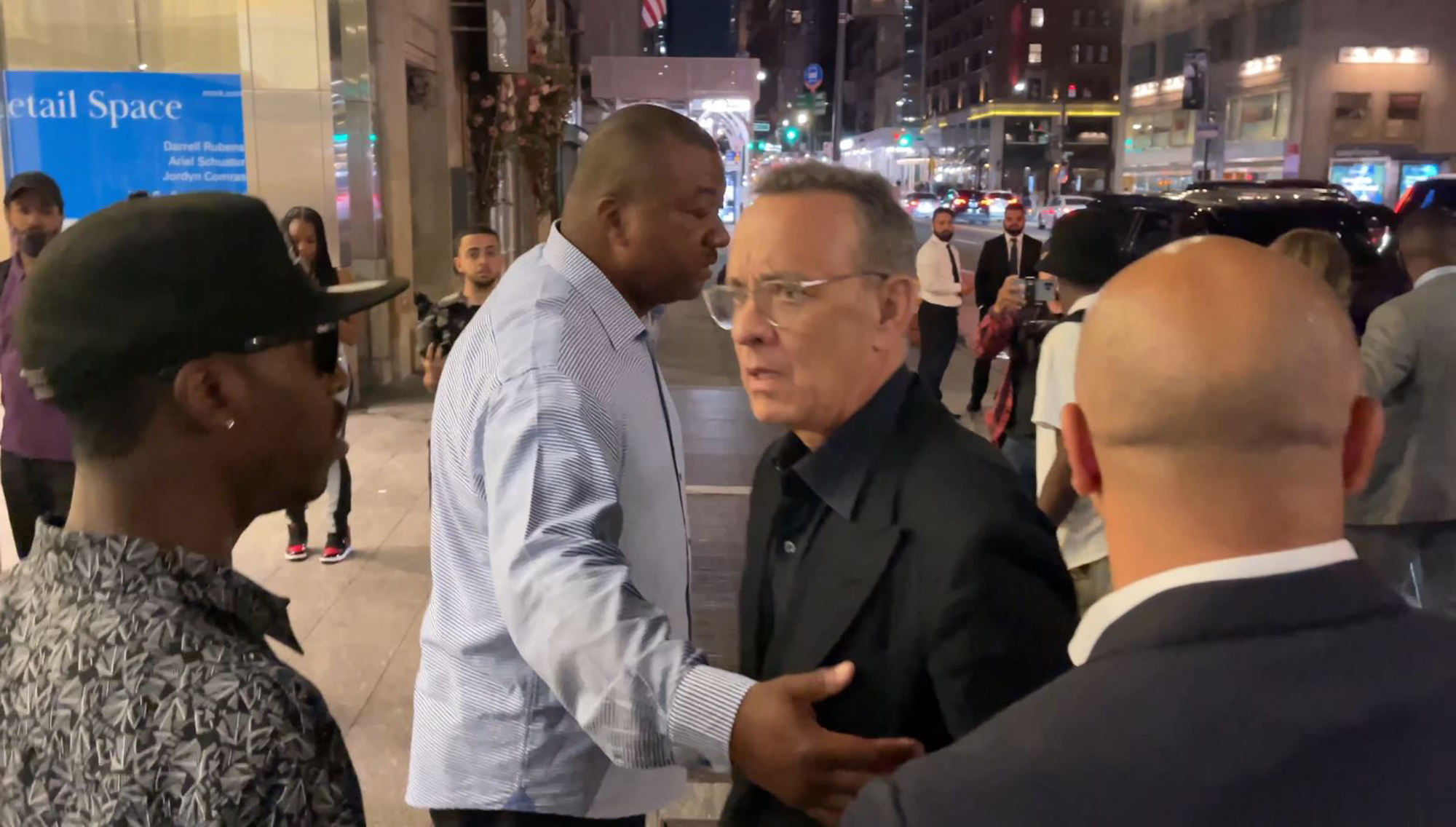 One fan could then be heard apologizing, saying, “Sorry about that, Tom.”

The “Forrest Gump” star has been touring to promote the upcoming Baz Luhrmann-directed film for a few weeks.

Just days ago, he and Wilson, also 65, attended a screening of “Elvis” that was hosted by Vogue. He traveled to Brisbane, Australia, earlier this month with lead actor Austin Butler for more promotional events. 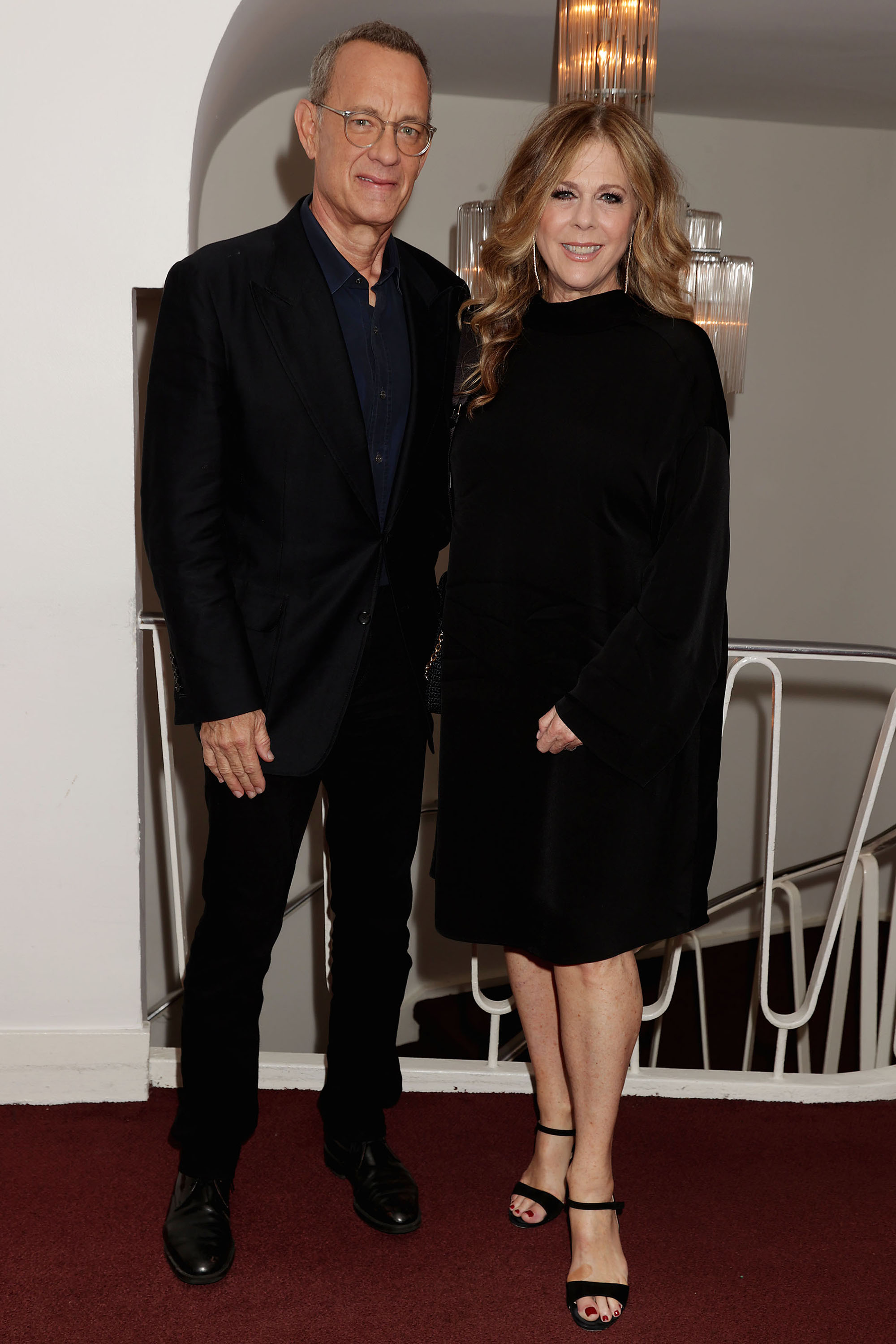 The actors filmed the majority of the movie in Australia, which is where Hanks and Wilson contracted COVID-19 in March 2020, becoming the first celebrities to do so when the pandemic first began.

“Rita and I are down here in Australia. We felt a bit tired, like we had colds, and some body aches,” Hanks said in a Twitter statement at the time.

“Rita had some chills that came and went. Slight fevers too,” he continued. “To play things right, as is needed in the world right now, we were tested for the Coronavirus, and were found to be positive.”

The longtime couple, who have been married for 34 years and share four children, went on to make a full recovery.