Home » TOM UTLEY: Easier to run a country than deny a wife a home makeover

TOM UTLEY: Believe me, it’s a lot easier to run a country than deny a wife her home makeover

They speak as if it were self-evidently easier for a man to deny a determined partner her wishes than it is to preside over a Government.

All I can say is that those commentators can’t ever have been married. For if they had wives — or fiancées, come to that — they’d surely know that their theory is the opposite of the truth. 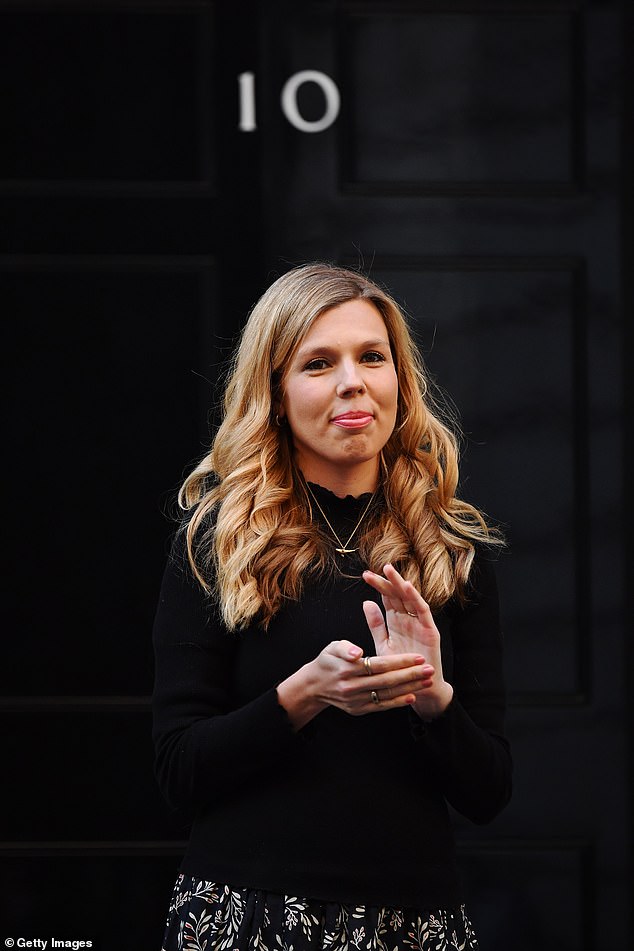 How many times, over the past few days, have you heard pundits declaring: ‘If Boris Johnson can’t even say no to Carrie Symonds’s extravagant decorating plans, then how can he be thought fit to run the country?’

Indeed, such problems as negotiating Brexit, handling a pandemic, defeating terrorism and ending centuries of internecine strife in Northern Ireland are an absolute doddle beside the business of talking the better half out of a project on which she has set her heart.

All right, I can’t claim to have experience of running the country myself — though I’ve been happy these past 45 years to offer successive prime ministers my columnar guidance on how it should be done (almost all of it ignored).

But after four decades of marriage, I reckon I can write with authority on the impossibility of persuading a wife with a bee in her bonnet that her spending plans are out of the question. What’s more, in my experience, as in Boris’s, I’ve found that nowhere is the female instinct for breaking the bank more to be feared than in the matter of home improvements.

Take my own case. True, when we moved into it back in 1987, our suburban semi was never likely to be featured in House & Garden. The sitting room on the ground floor was dingy and pokey, with a dining room next door that we never used — except as a repository for buggies, rusting bicycles and the boys’ broken toys.

The kitchen was small and dark, too, its only windows looking out at the wall of the side-alley, five feet away.

It was blocked off from daylight by a downstairs loo and a utility room at the back — the only ground floor room with a view of the garden.

Mind you, it wasn’t much of a ‘view’. A makeshift patio of cracked concrete, stained with spilled white paint, sloped down to a 30ft ‘lawn’ that looked like no-man’s land at the battle of the Somme, with barely a blade of grass poking through the mud and rubble. 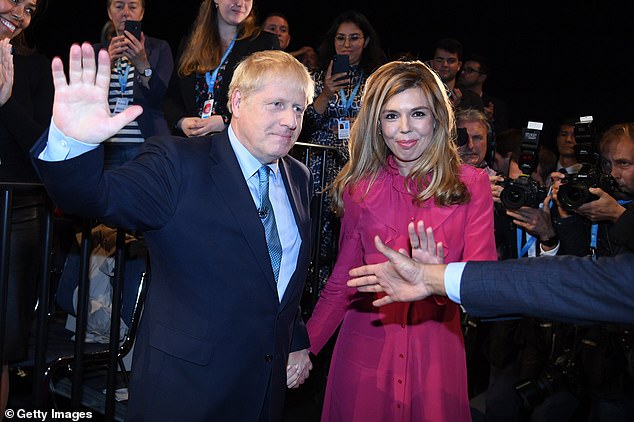 All I can say is that those commentators can’t ever have been married. For if they had wives — or fiancées, come to that — they’d surely know that their theory is the opposite of the truth

In the middle stood a rusting pole, deeply embedded in concrete, which our predecessors had installed, presumably to support one end of a washing line. At the back was a dilapidated shed, with half its roof missing.

Add the fact that every room in the house, without exception, was painted an unattractive pink and it was perhaps understandable why Mrs U saw scope for the odd improvement here and there.

But I was adamant. I told her that the house was perfectly adequate to our needs, just as it was. All right, we could repaint a couple of rooms if we did the work ourselves. But with our crippling mortgage and the school fees to consider — and an ancient people carrier that was forever breaking down, at colossal expense — we simply couldn’t afford the luxury of a more radical gentrification.

Reader, you would have been proud of the authoritative way I put my foot down. The next thing I knew, I’d agreed to get the builders in to knock down the wall between the sitting room and the dining room.

Oh, and now that the wall was down, wasn’t it clear that we needed two new fireplaces, like the lovely antique marble pair she’d seen in a local shop window, since those in the old sitting room and dining room didn’t match? And new curtains, too, for the same reason?

‘Whatever you say, darling.’

As countless members of my downtrodden sex will appreciate, resistance was useless. But hardly had I lost that battle, than she was on the warpath again, demanding a loft conversion so that our eldest, by now a teenager, could have a decent-sized room of his own.

To cut a long story short, since we moved into that wretched house, every room has been redecorated more often than I can recall, while I’ve fought a losing rearguard action every inch of the way. The wall between the kitchen and the utility room has come down. We’ve acquired countless new carpets and curtains, a new roof, loft, patio, kitchen units, oven, shed, lawn, shower room, fitted wardrobes, sofas and chairs.

Most tragically of all, my treasured downstairs loo has been ripped out, with a substitute installed in the new shower room on the first floor. Such are the indignities of my advancing years that this means I have to spend half my life trudging up and down stairs to answer the increasingly frequent calls of nature.

But still she isn’t satisfied. It was only a few weeks ago when Patrick the plasterer finished his work in the sitting room and our bedroom, where new carpets and wardrobes have been installed. Yet already she’s hatching plans to replace the kitchen windows. . . and I seem meekly to have agreed. 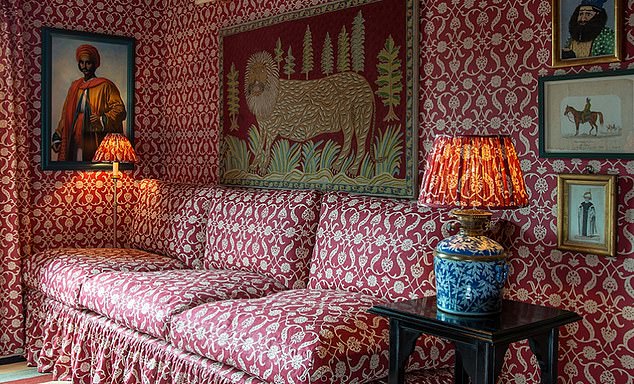 To cut a long story short, since we moved into that wretched house, every room has been redecorated more often than I can recall, while I’ve fought a losing rearguard action every inch of the way

I know what this will mean. The new windows will make the rest of the room look shabby, she’ll tell me — and another exorbitant redecorating project will soon be underway. Indeed, the only small mercy for me is that she has slightly less extravagant tastes than would appear to be the case with the PM’s fiancée.

Yes, Boris was an ass to let Carrie run amok with the catalogues from some of the most expensive interior decorators in the country, spending far beyond the couple’s current means on a flat that doesn’t even belong to them.

And yes, we should all pull solemn faces and say it’s vital for ministers to stick rigidly to the rules on donations and loans.

But is there a husband in the land who hasn’t experienced just the faintest twinge of fellow-feeling for Mr Johnson — a man who himself has no particular taste for luxury, if we’re to judge by his liking for junk food and the squalid interior of his old family car?

If you ask me, he would have been more than happy, as most of us would, to live in the ‘John Lewis furniture nightmare’ left by Theresa May.

Those of us who voted for him were well aware that Boris has more than his share of human weaknesses. Is there any weakness more human or understandable than a man’s tendency to give in to an insistent woman in his life?

If you want my opinion, it would be an affront to democracy if the Prime Minister were to be driven from office on the strength of an inquiry by the unelected Electoral Commission — a body whose claim to impartiality was brought into serious question by its hounding of members of the Leave campaign.

But let me end on a much happier note. I’m thrilled to report that, like Boris, our eldest son is engaged to be married – in his case, to a Canadian girl of great beauty, artistic gifts and sweetness of nature, whom he met after she was trapped in this country by the pandemic. Every cloud, as they say.

She wants a lavish wedding in Britain, with three days of celebrations, to make the transatlantic trip worthwhile for her legions of relations. My son, like his father, is a man of humbler ambitions, who would prefer to cut his nuptial coat according to his cloth.

There are no prizes for guessing who will win.