Top Gear presenters Freddie Flintoff, Chris Harris, and Paddy McGuinness are planning a big American road trip after being forced to film Season 30 of the motoring show entirely in the UK amid the ongoing coronavirus crisis.

Ambitious overseas trips have become Top Gear’s signature over the years, but the pandemic has changed all of that, and BBC Studios producers have had to be creative about finding locations closer to home. It’s a tricky balance between getting the show made and keeping its epic feel for BBC One and BBC America.

Over a truncated four-episode season, the hosts — who have been credited with rejuvenating Top Gear following Jeremy Clarkson, Richard Hammond, and James May’s exit six years ago — head to the Scottish highlands (coincidentally the location for Amazon’s next Grand Tour special), the Lake District, Cotswolds, and Wiltshire’s RAF Lyneham.

The UK’s nation-wide lockdown even forced Top Gear out of its famous home at the Dunsfold race track for the first time in 19 years. With audiences out of the question, Flintoff, Harris, and McGuinness filmed the studio elements of the show at London’s iconic Television Centre, where they were fortunate to avoid winter rain.

Other setpieces include teaming up with Jame Bond to showcase the spy franchise’s most beloved cars, with the trio driving the Aston Martin DB5, first seen in Goldfinger, and the decapitated Renault 11 Parisienne in A View To A Kill. All in all, it’s a celebration of Britishness to make Brexiteers proud. 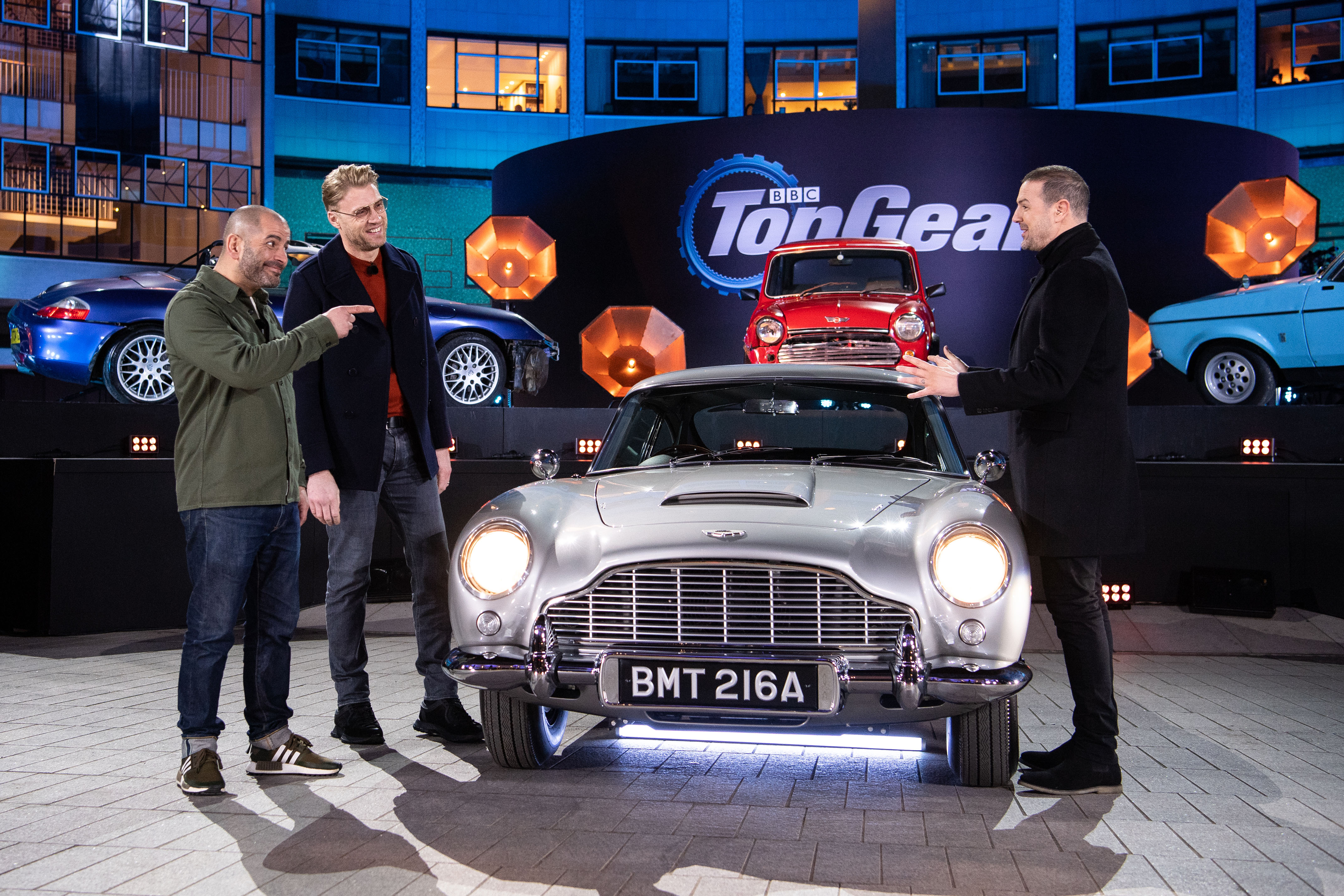 McGuinness told Deadline that the team was pleased to get anything produced during a difficult winter, when coronavirus rampaged across Britain, forcing countless shoots to pump the breaks as the safety of cast and crew was prioritized.

“To get four episodes out there, and four good episodes, it doesn’t look like we’ve cut any corners, is a big achievement in the current climate,” he explained. “We’ve kind of tried to keep it as authentic to Top Gear as the previous series we’ve done.”

“It’s a great showcase for the variety of landscapes we’ve got in the UK, but I speak for all of us when I say that we’re probably ready now to go abroad again,” Harris added over a Zoom call, which was regularly interrupted by his dog.

He added, however, that “all plans are in abeyance,” while McGuinness joked that the show is being “led by the science” in a nod to political parlance that has become commonplace during the pandemic.

“The ideas factory is basically concentrating on stuff that’s realistic, that can be done in the UK, but there’s a wistful corner of the office with some wistful whiteboards, listing some specific places that the production team wants to take us,” Harris said.

“It’s a bit like motor racing, you’re not actually in the race until the engine’s fired up and you’re going. We don’t want the pain of thinking it can happen and then having it snatched away again. We had to cancel a few trips a year ago and there’s been a few films in the UK that we haven’t been able to do.”

So what’s on that whiteboard? “The three of us would love to go and explore America a bit. It is the spiritual home of the motorcar and it is vast. There are many other places we’d like to go, but right now a good old-fashioned U.S. road trip would be amazing,” said Harris.

Former England cricketer Flintoff added: “I’d like to revisit some of the places that I played cricket. It was amazing going to places like India and Pakistan, Australia, South Africa, all these countries, but I was playing cricket. You see bits but you don’t see too much.”

Ultimately, the idea has to justify the trip, Harris said. “Covid has altered the way everyone lives their lives and Top Gear isn’t isolated from that. There is no doubt that we should travel less, people are going to travel less. It’s a bit wasteful. If we’ve got a cracking idea, then great, we can go and do it. But we’ve learned that we love filming in the UK and we don’t like airports.”

Top Gear continues in the UK on Sunday. BBC America will premiere Season 30 on April 25.