Tyra Banks is denying allegations that she banned members of the Real Housewives franchises from participating in “Dancing With The Stars” after a tweet from Bethenny Frankel.

On Thursday, Bethenny took to Twitter to reveal that she had been asked to take part on “DWTS” multiple times but the offer had allegedly been rescinded due to Tyra’s “no more housewives” mandate. 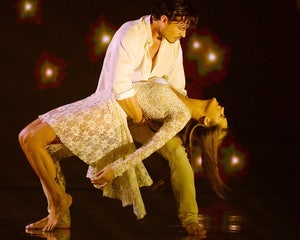 “Good to know @tyrabanks has clumped me in her no more housewives mandate on @DancingABC. Also good to know-their casting director Deena [Katz], who I ❤️ has asked me to be on that show multiple x in the last decade. I’m also no longer a housewife, but nobody is bigger than the game Tyra,” Bethenny wrote in the now-deleted tweet, which was captured by Page Six.

Over the years, multiple Housewives have competed on the show including Lisa Vanderpump, Lisa Rinna, NeNe Leakes and Kim Zolciak-Biermann but no members of the franchise have taken part since Tyra took over hosting duties this season.

After the news surfaced, Tyra’s publicist Elana Rose spoke out to say that the claim was “100% untrue” and that Tyra was a big fan of Housewives and had even recently tried to get her friend on one of the shows.

She continued her praise for the network, including CEO Andy Cohen, explaining, “She loves Andy. She’s been on ‘Watch What Happens Live’ several times. She’s a huge fan of the Clubhouse.”

Bethenny later shared a followup tweet, explaining she removed her original post about the situation because she “really likes” and has “a great relationship” with the show’s casting director Deena. She even extended an invite for Tyra to be on her podcast so she could potentially explain the situation.

“If @tyrabanks wants to come on my podcast, she is welcome anytime as she has built a successful brand on her own in her own way. #justbwithbethenny,” Bethenny wrote.

Tyra has yet to respond to the invitation.